Afghan President Hamid Karzai has issued his clearest demands yet that the US end its controversial night raids in his country. And he suggested that, should they not be met, ongoing negotiations over a US military presence in the country beyond 2014 could suffer.

In an interview with SPIEGEL, Karzai even said that the talks over the so-called US Afghanistan Strategic Partnership could even break down should US forces not change their modus operandi in Afghanistan in the coming weeks.

Speaking about the night raids carried out by US Special Forces, seen by US military leaders as crucial for the fight against the Taliban, Karzai said the rules for such missions had to be changed immediately.

"The casualties from the night raids and the bombardments are the biggest impediments to smooth relations between us and the United States," Karzai said.

He added that military commanders have told him in recent meetings that US forces would be implementing new tactics to meet the demands. "The American military agreed recently that all of these operations will be done by Afghans as soon as possible," Karzai said. Asked what might happen were these commitments left unfulfilled, Karzai said: "If our demands are not met, the deal is obsolete."

The stern demands on the eve of the Bonn conference underscore the tensions between the US and Afghanistan over the future of their cooperation. The two countries began negotiations on a long-term strategic agreement in March of this year aimed at a deal governing the US military presence in Afghanistan once NATO troops withdraw in 2014. Washington envisions a force of several thousand soldiers in Afghanistan beyond 2014. Most will be Special Forces troops and will undertake raids against Taliban leaders and suspected terrorists in the country.

Washington also wants to keep two large military airports, one in Bagram outside Kabul and the other in Kandahar, in southern Afghanistan.

American diplomats, however, say that the Afghans have become increasingly inflexible as talks on the deal have progressed. Originally, the hope was to finalize the cooperation prior to the Bonn conference, which began on Monday. But even as Afghanistan will continue to rely heavily on US military training for their own forces as well as technical support, Kabul has been adamant about forcing through an end to the night raids. Karzai himself has made several emotional public statements on such raids in an effort to tap into widespread public anger over the missions.

US military officials have emphasized to SPIEGEL that the night raids are one of the most effective tools in their counterinsurgency effort. They say that 90 percent of the raids are carried out without a single shot being fired and claim that extreme caution is taken so as not to harm civilians. They say such raids are crucial in the fight against the Taliban.

No Solution Before Next Year

"We learned our lesson," said a high ranking Special Forces officer who asked not to be identified due to the highly classified nature of the missions his unit undertakes. Thousands of insurgents, hundreds of them mid-level commanders, have been captured or killed in the raids, he said. Only by pursuing the raids has it been possible to turn the tide in the fight against the Taliban, he said.

Over the past year, the US military has greatly increased the frequency of the raids. As many as 40 of them are carried out around the country on some nights with an average of 10 a night, NATO's leadership said recently.

Karzai, it would appear, remains unmoved by such numbers. Officials on both sides of the ongoing negotiations now expect that no solution will be found before the next NATO summit in Chicago in 2012. 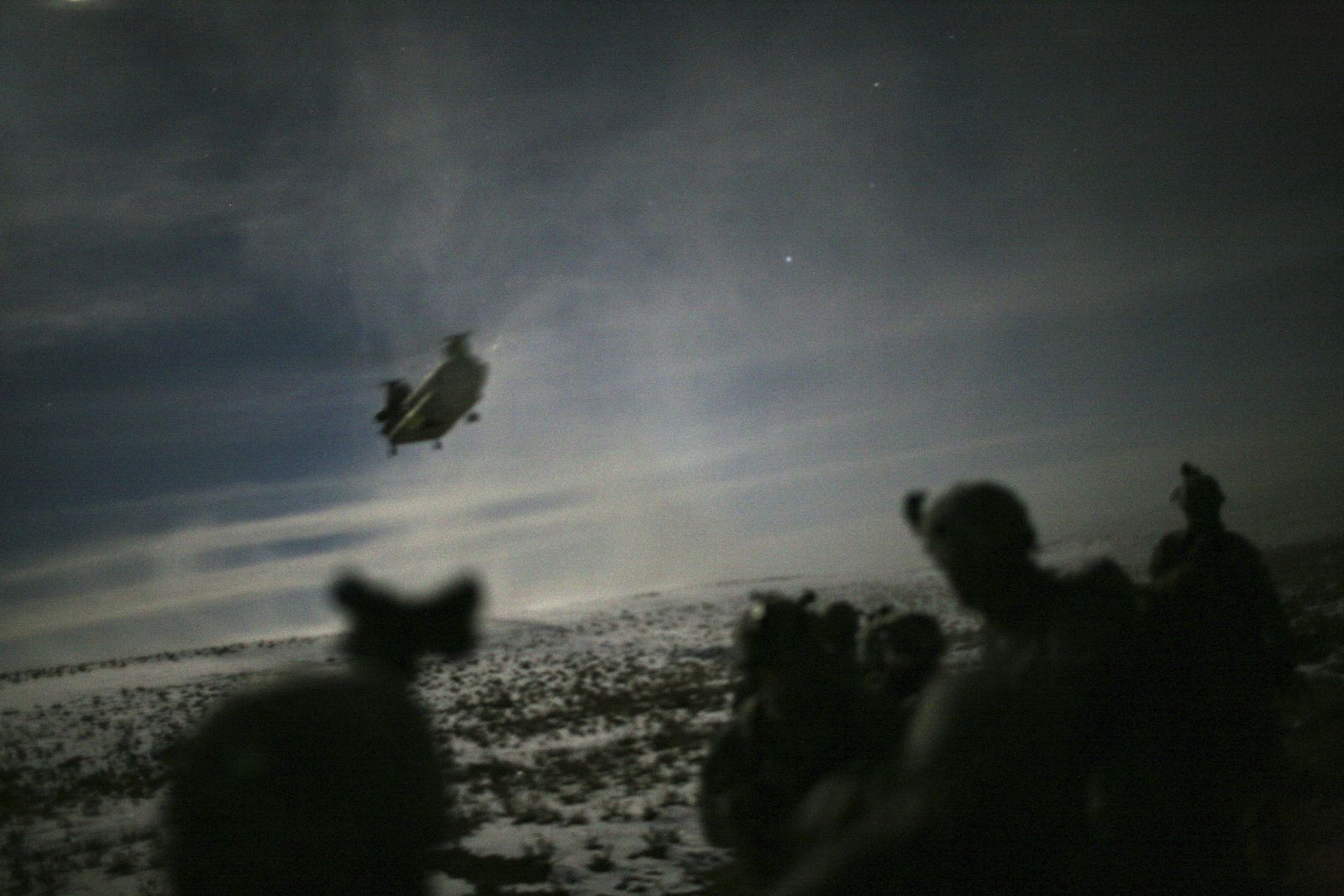 A Chinook helicopter lands to pick up US troops following a night-time raid in February.