German Chancellor Angela Merkel hit back on Tuesday at NATO allies that have criticized the air strike Germany ordered on two hijacked fuel tankers in Afghanistan last Friday, saying Germany would not tolerate accusations before a full investigation had been conducted.

In a speech to parliament, Merkel pledged an extensive probe and said nothing would be glossed over. But she added: "We won't accept prejudgments. I won't tolerate that from anyone, in this country or abroad." She said she had made that "very unmistakably" clear to NATO Secretary General Anders Fogh Rasmussen.

"There are contradictory claims about the consequences, especially about the number of dead. It won't be possible to clarify that here this morning," said Merkel. "Every innocent person killed in Afghanistan is one too many. We mourn every single one."

It's still unclear whether and how many civilians were killed in the air strike that claimed at least 56 lives. An article in the Washington Post on Sunday said a NATO investigative team estimated that 125 people were killed of whom at least two dozen were not Taliban fighters.

The attack provoked strong international criticism of the German army's actions and has put Defense Minister Franz Josef Jung under pressure. It has also led to renewed calls for a timetable for the withdrawal of Germany's 4,200 troops from Afghanistan and placed the issue at the forefront of the country's election campaign with less than three weeks to go before the Sept. 27 vote.

Merkel refrained from giving a concrete plan for withdrawal but reiterated her call for an international strategy to hand over responsibility for Afghanistan's security to the Afghan army and police. She added that Germany, Britain and France had proposed that a conference should be held before the end of this year and that the talks should include discussing a handover strategy.

The chancellor stressed that Germany would not take unilateral action in this respect. "German special paths are not an option for German foreign policy," she said. "Germany is in firm alliances."

"Our overriding political goal is and remains an Afghanistan that can ensure its own security and that can prevent its region from once again becoming a home for international terrorism."

She also defended Germany's strategy of combining the military mission with civil reconstruction and development.

"From the start our involvement in Afghanistan was focused on combining econonomic development and security, and we are convinced that the one can't work without the other," she said. "That's why the German government has been devoting substantial resources to reconstruction and development projects ranging from infrastructure to education programs to training for police.

"It's largely due to the tenacious involvement of the German government and parliament that all of our partners, including all our partners in NATO, support this strategy. In the past the German army was often mocked as well-diggers but the policy of networked strategy is the consensus among our allies today. That is an enduring success of Germany's Afghan strategy."

Opposition politicians and media commentators have been pouring criticism on Defense Minister Jung for categorically stating at the weekend that there had been no civilian casualties, and subsequently revising that statement. He said on Tuesday: "If there were civilian casualties that requires our condolence and sympathy."

Jung is also under fire for steadfastly rejecting any suggestion that German soldiers are at war in Afghanistan. Opposition politicians have accused him of concealing the true nature of the German mission and trying to make the German public believe that the soldiers are merely preoccupied with patrols and civil reconstruction projects.

Foreign Minister Frank-Walter Steinmeier, who is running against Merkel in the election, also resisted calls for a swift withdrawal of German troops, but he said that in the wake of last month's second Afghan presidential election there must be a "clear outlook for the step-by-step handover" to Afghan forces. "The German army isn't an army of occupation," he said. "We're not going to be there forever." 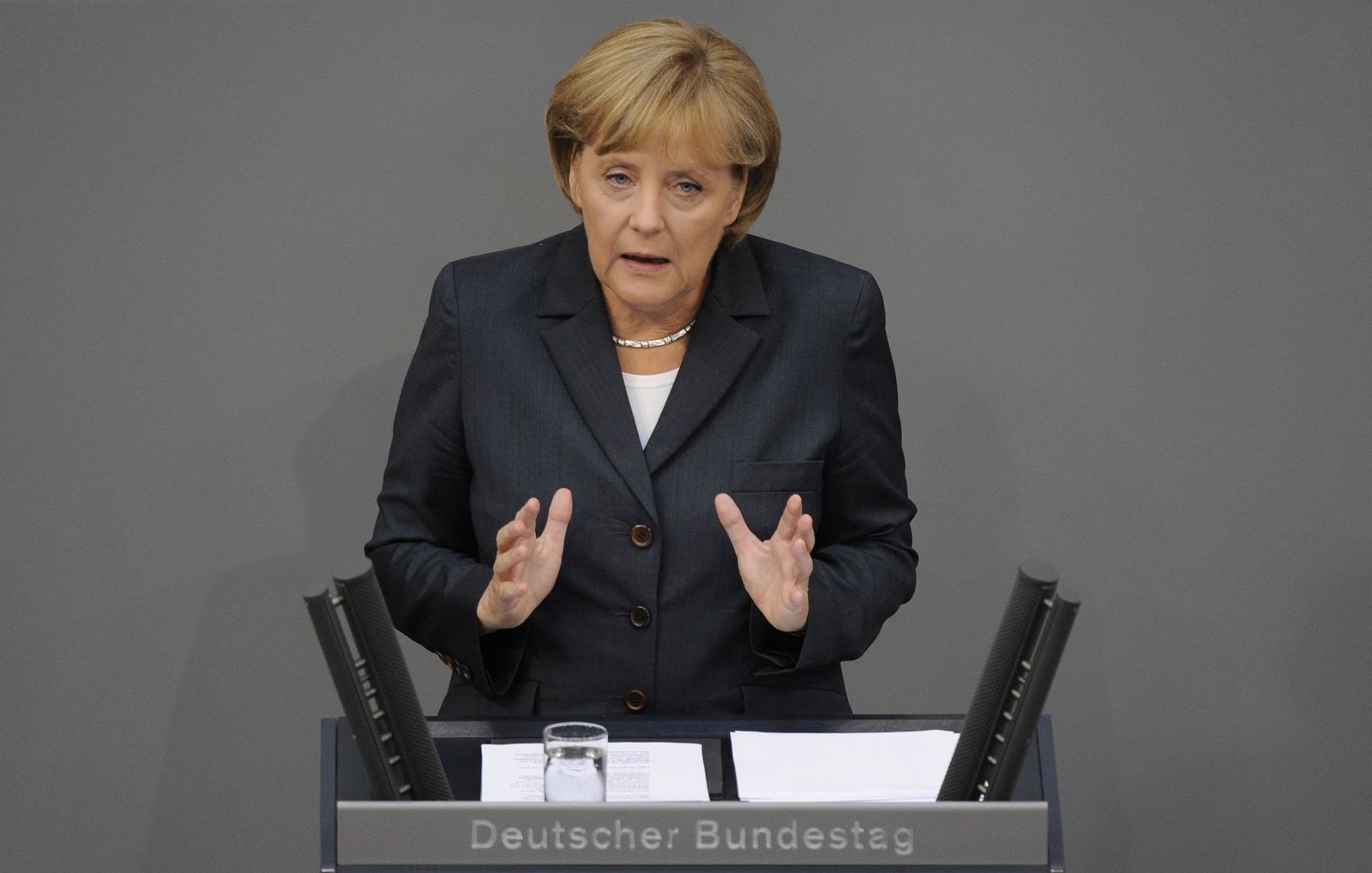