Before and after US President Barack Obama's speech on Tuesday, NATO allies -- and Germany, in particular -- were expecting to get the call to commit more troops to the fight in Afghanistan. But now the US government says it will not pressure Germany to send more combat troops, and Richard Holbrooke, the US special envoy for Afghanistan and Pakistan, told the German business daily Handelsblatt on Thursday that the US wanted "political commitments, rather than numbers" from its NATO allies. Holbrooke added: "Britain has already announced an additional 500 troops; other countries are preparing their own contributions. What's crucial is that there is cooperation within NATO."

There are currently roughly 4,300 German soldiers in Afghanistan, and Berlin says it won't consider increasing that figure until after an international conference in January. Holbrooke, in turn, has insisted that the US is not disappointed with Chancellor Angela Merkel: "The German army has lost more than 30 soldiers in Afghanistan, and that is historic. So I understand the chancellor's stance. Germany's presence in northern Afghanistan is extremely important. It remains up to the Germans themselves to determine what further actions they will take."

NATO Secretary-General Anders Fogh Rasmussen said on Wednesday that alliance members would send at least 5,000 troops to back the newly announced US increase of approximately 30,000 soldiers. Washington has asked Germany to provide 2,000 more troops, France and Italy 1,500 each, and Britain 1,000, according to French officials.

On Thursday, Italian Defense Minister Ignazio La Russa confirmed that Rome would send around 1,000 extra troops to Afghanistan, raising its presence to roughly 3,700. La Russa told the Corriere della Sera newspaper that the previously reported figure of 1,500 extra soldiers was "a maximum quota which we would never reach."

NATO officials say several other nations have announced plans to send more troops, including Georgia (900), Poland (600) and Slovakia (250). Portugal is keeping the pledge it made earlier this year to send 150 troops from its "rapid deployment" force to join 100 military trainers already in Afghanistan, according to Defense Minister Augusto Santos Silva.

Similarly, following the Obama speech, German Foreign Minister Guido Westerwelle said Berlin was prepared to increase the number of police trainers it sends to Afghanistan, and France has also stressed its commitment to building up local police forces. Turkey also says it is looking at whether it should boost its training role in Afghanistan. However, Defense Minister Vecdi Gonul has made it clear that Turkish soldiers will not be part of any combat operations. 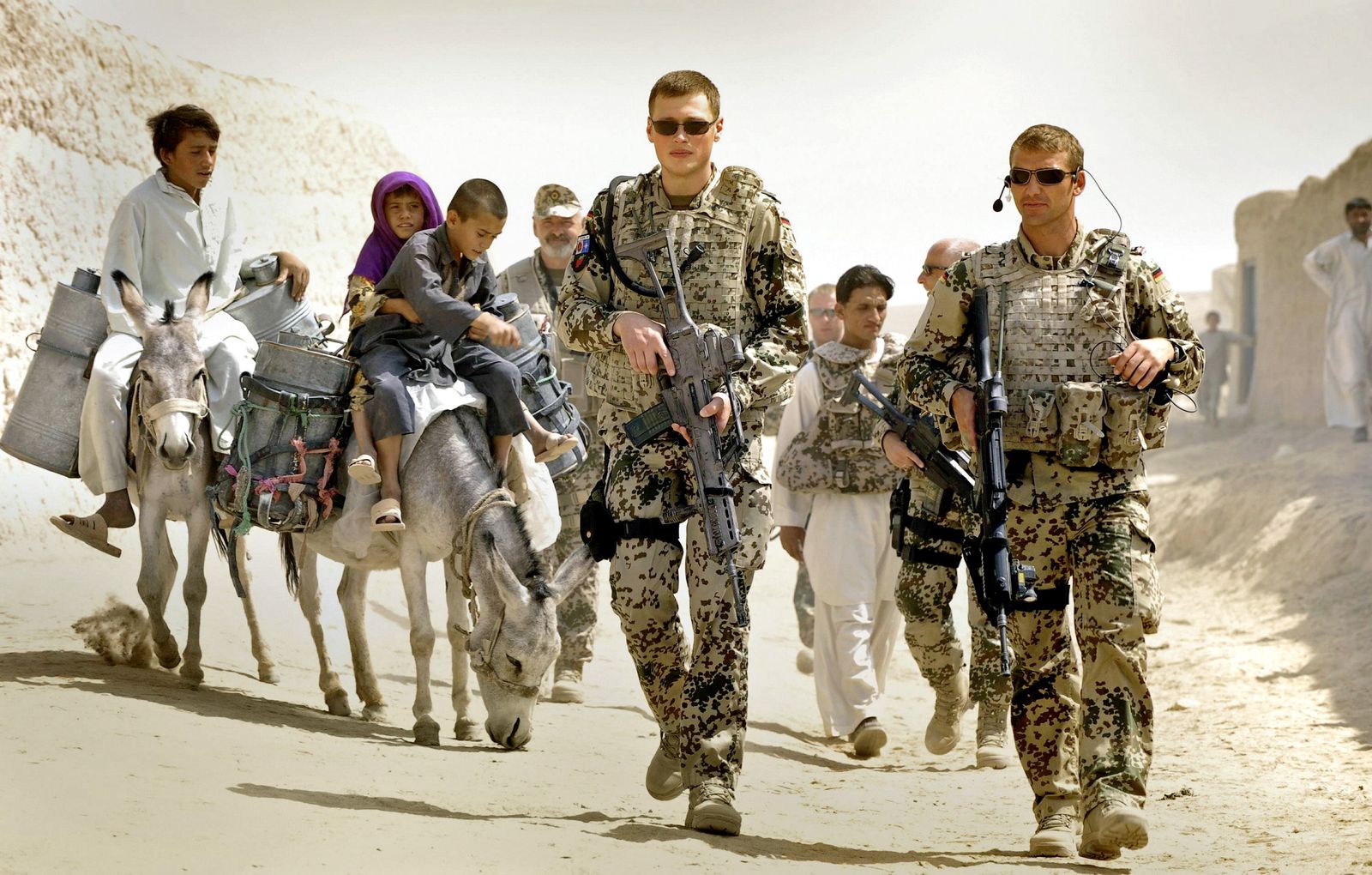 German soldiers on patrol in September 2008 on the outskirts of Kunduz.