Ninety years ago, in the New York borough of Queens, around 1,000 members of the Klu Klux Klan clashed with police. Fred Trump was among those arrested. His case never reached trial because times were different back then. But Fred Trump raised his son Donald to believe that he belonged to a white elite. When asked about the ugly KKK episode in 2015, the presidential candidate answered, "This never happened. This is nonsense and it never happened. This never happened. Never took place. He was never arrested, never convicted, never even charged. It's a completely false, ridiculous story." Does this mean that something can only be true if it winds up in court?

In 1973, Donald Trump was sued because he preferred renting his 14,000 New York apartments to white tenants rather than blacks. It was documented and proven. Applications were marked with a "C" for "colored" and sorted out. Black people were rejected and white people were given the apartments only minutes later. During the 1980s, casino operator Trump considered black employees to be lazier than whites. He said he feared blacks would steal from him. In April 1989, when white investment banker Trisha Meili was raped in Central Park and beaten until she fell into a coma, four blacks and a Latino were arrested. "Bring back the death penalty!" read the full-page newspaper ads Trump took out in response. A court convicted the men, who were innocent, and they were only released from prison years later.

In November 2016, Americans elected this Trump as their president. The same man who had denounced Barack Obama as a Muslim and claimed he had been born in a foreign country. The same man who campaigned under the slogan "Make America Great Again" -- in which "great again" means a social Darwinist U.S. where American-born locals rule over immigrants, heterosexuals over homosexuals, whites over blacks and men over women. Based on his speeches, his decrees and his hiring decisions, there is no other possible interpretation of what he stands for and who he is.

America Has Lost Its Moral Compass

Trump is a racist. He is a preacher of hate. Those who pretend he is not, those who portray him as merely being an unpolished, somewhat chaotic old man, as a person who explicitly sought to avoid becoming a slick politician, are merely enabling him. "Trump tests ideas on Twitter and then he repeats and repeats them so often to the point that they have been learned," says German cognitive scientist and linguist Elisabeth Wehling, who is currently at the University of California in Berkeley. Many Americans, she says, see the world as a fundamentally aggressive place, as a dichotomy between good and evil. Trump, she says, precisely articulates these people's reality. In an uncertain time of change, the president has identified the scapegoats: immigrants and the elite. And just in case there is another terrorist attack in the U.S. in the future, Trump has already identified who is to blame -- namely the liberal judges who are now allowing refugees into the country. The White House is supposed to be home to America's moral compass. Instead, though, it currently houses the country's chauvinist-in-chief.

Everyday racism generally works in subtle ways. It starts with prejudice and discrimination: coins are thrown at Jewish children or blacks are subjected to police checks more often than whites. Then there are the racist activists on the dark fringes and, thirdly, politicians who openly service clichés. All those things can take place independently of each other. But there have repeatedly been phases when it all comes together in a perfect storm. That's what happened with National Socialism in Germany and with apartheid in South Africa. Hungary has been experiencing such a phase in the last few years -- and now Trump's America has followed. During these phases, the full impact of racism is on display and inhibitions drop.

In communist East Germany, it was thought -- prematurely as we now know -- that capitalism had been overcome. In the Western world, meanwhile, we had hoped that misogyny, homophobia, anti-Semitism and racism had been largely relegated to the past. That too, though, was premature. The aim of racist rhetoric is to bring taboos back into the sphere of "legitimate debate," placing racism on the same footing as tolerance. Thesis and antithesis. Just an expression of opinion. The U.S. is a free country.

David Duke, the leader of American racists, had good reason to thank Trump this week. When the president of the United States says that the victim is just as responsible as the murderer, or that the counterdemonstrator is just as guilty as the Nazi waving the swastika flag and shouting, "Jews will not replace us," and when Trump's own party doesn't drop him even now, then Duke and Trump have already achieved a key goal. Tolerance, empathy, kindness and diversity of opinion are all disparaged as political correctness. It becomes OK to say anything else, and if you can say it, it becomes easier to justify violence. The wheel of civilization has made a turn in reverse. 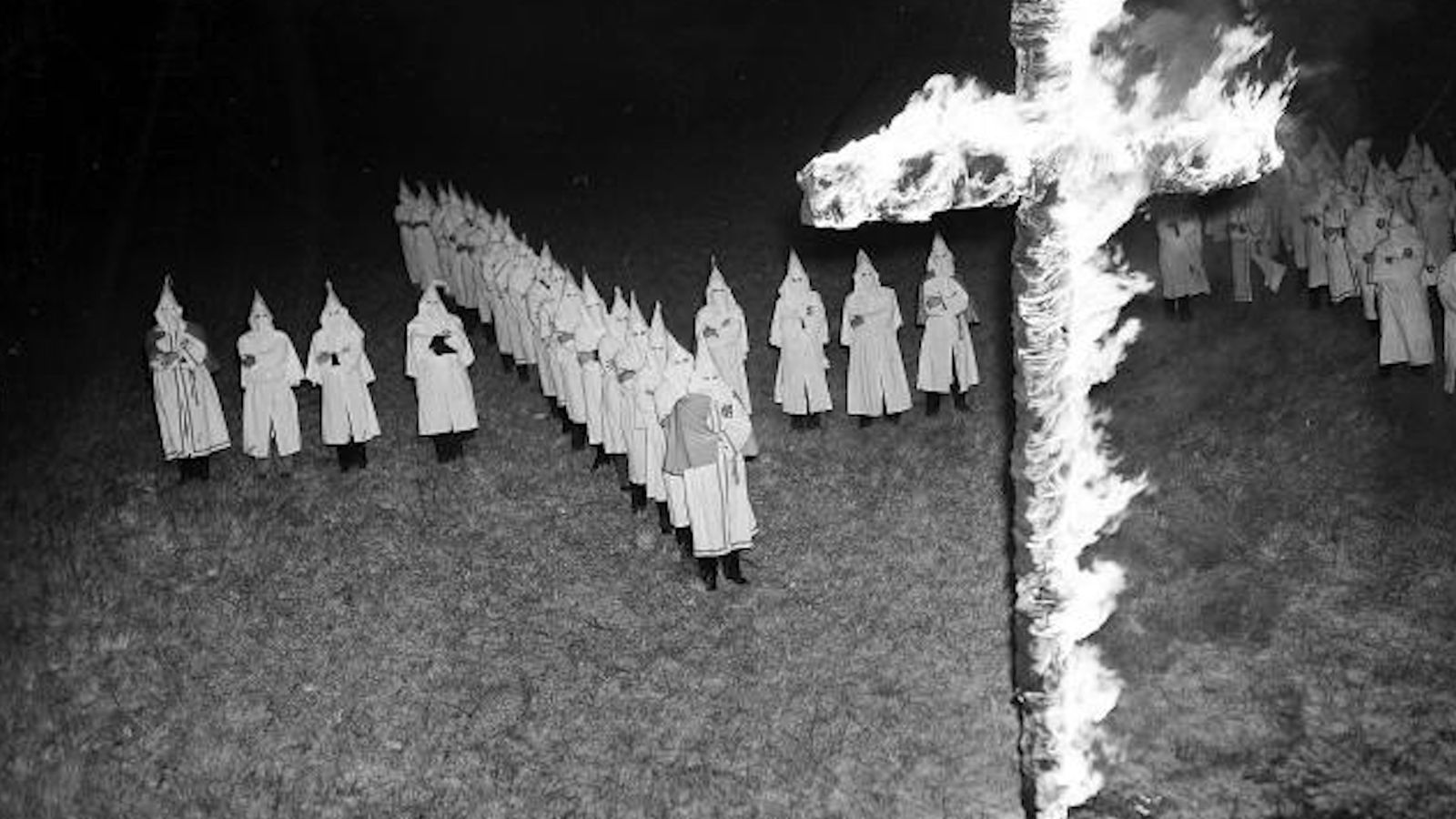