German Defense Minister Franz Josef Jung conceded on Monday that civilians were killed in the air strike the German army ordered in the early hours of last Friday on two hijacked fuel tankers in the Kunduz region of northern Afghanistan.

Jung, who had insisted on Sunday that just over 50 Taliban insurgents had been killed in the attack and that no civilians had been among them, said in a television interview on Monday that it seemed clear to him that Taliban had made up "the predominant share" of victims. 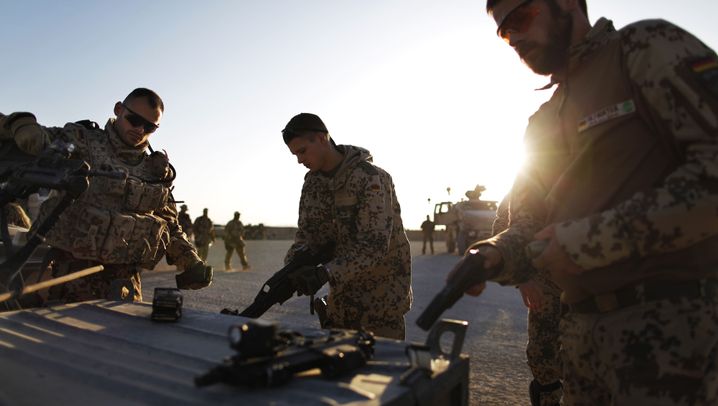 A report in the Washington Post on Sunday said a NATO fact-finding team estimated that some 125 people were killed in the strike and that at least two dozen of them -- and possibly more -- were not Taliban insurgents.

The attack has drawn international condemnation amid fears that the civilian casualty rate could undermine the Western effort to bring peace and democracy to Afghanistan. It has also prompted criticism of the German army from its NATO partners and is set to put the German government under mounting pressure to come up with an exit strategy for its around 4,200 troops in Afghanistan. The attack is dominating the German election campaign with less than three weeks to go before the Sept. 27 vote.

The mission is deeply unpopular in Germany, which has a strong pacifist streak because of its Nazi past. Both Chancellor Angela Merkel's conservative Christian Democrats and the center-left Social Democrats have said they are committed to the Afghan mission and have not set a timetable for withdrawing the troops. Political analysts say the debate could benefit the left-wing Left Party, the only major party which wants an immediate withdrawal.

Single-Source Decision for Attack 'in Breach of NATO Directive'

The Washington Post article said the decision to bomb the tankers was based mainly on a single human intelligence source, which it said appeared to violate the spirit of a directive aimed at reducing civilian casualties recently issued by US General Stanley McChrystal, the new commander of the NATO mission in Afghanistan.

Senior German commanders were reported on Monday to be furious at NATO's decision to allow the Washington Post reporter to accompany the seven-member NATO investigative team in its probe of the bombing. "It stinks to high heaven," one unnamed commander told the Neue Osnabrücker Zeitung newspaper.

The report said German commanders accused the US army of "deliberately leaking misinformation about an ongoing investigation."

In an interview published on Sunday, Jung had told the Bild am Sonntag newspaper: "The air strike was absolutely necessary. I can't comprehend how some people can so quickly criticize the military action without knowing what the situation was or the background information."

"We had clear information that the Taliban had seized both fuel trucks about six kilometers away from our base in order to launch an attack against our soldiers in Kunduz," Jung said of the attack, ordered by a local German commander.

"If that had succeeded, it would have had horrible consequences for our soldiers. That's why, in my view, the commander made the right decision ... Based on the information I got, only Taliban terrorists were killed in the strike."

Speaking in Berlin on Sunday, Merkel said that if any civilians died in the air strike, she would "naturally deeply regret that."

"The German government and I personally want to see a NATO investigative team swiftly put together that will carry out a thorough and quick investigation into what took place," she said.

The German commander reportedly called in the raid after seeing live footage of the tankers, with people around them, beamed from US aircraft in the skies above Kunduz. The footage would have been grainy, US spokesman Rear Admiral Gregory Smith told the Associated Press news agency.

The Germans, who also spoke to an informant at the scene, decided the people were militants.

Afghan President Hamid Karzai fiercely criticized the attack. "What a miscalculation! More than 90 dead for a simple fuel tanker that was stuck in a river bed," Karzai told the French newspaper Le Figaro. "Why didn't they send ground troops to get the tankers back?" He said General McChrystal had rung him to apologize and had said that he didn't order the attack.

Meanwhile, German opposition parties and the Social Democrats have criticized Jung. The defense policy spokeswoman of the pro-business Free Democratic Party, Birgit Homburger, said Jung hadn't adequately informed the German parliament. The Bundestag lower house of parliament will convene on Tuesday for a special session to debate the attack. The deputy floor leader of the opposition Greens, Jürgen Trittin, demanded that Merkel make a government statement to parliament on Tuesday.

Former Chancellor Gerhard Schröder of the Social Democrats, under whose government Germany launched its Afghan mission in 2001, also called this weekend for German troops to be withdrawn by 2015.

The SPD's current leadership, including Foreign Minister Frank-Walter Steinmeier, who is running against Merkel in the election, rejected that call and said they were against setting a timeframe for the withdrawal. 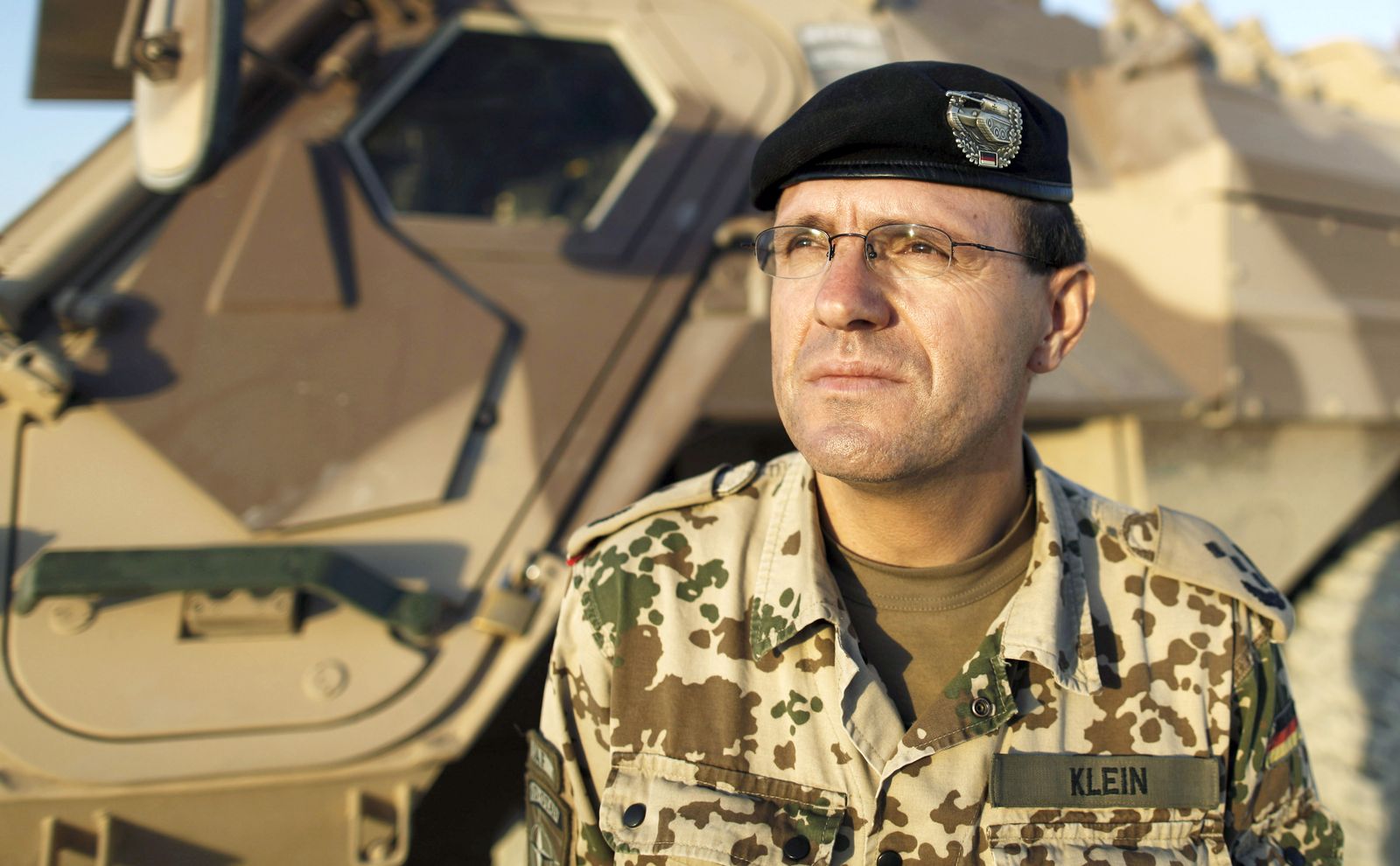 German Colonel Georg Klein, who ordered the airstrike, is pictured at the German base in Kunduz, Afghanistan on Sunday, Sept. 6, 2009. Friday's attack was carried out by US fighter jets but ordered by the German military command in Kunduz. There has been international condemnation of Germany's decision to request an air strike.