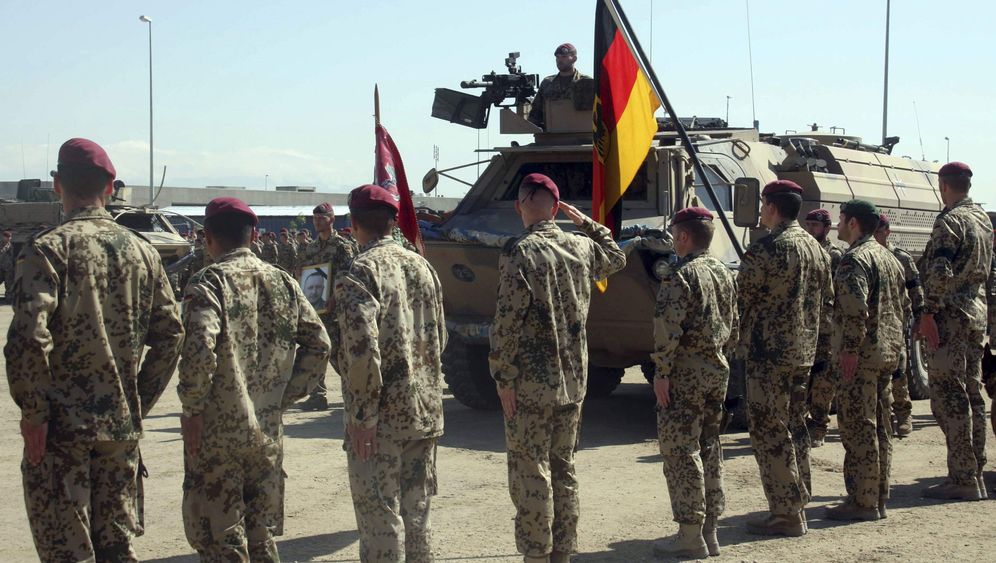 German Defense Minister Karl-Theodor zu Guttenberg apologized on Sunday for the accidental killing by German troops of six Afghan soldiers on Good Friday and said the incident would be investigated.

In a news conference, he rejected criticism that German forces were under-equipped following Friday's ambush by Taliban insurgents in the northern Afghan region of Kunduz in which three German soldiers were killed and eight wounded, four of them severely.

A unit of German soldiers were on patrol in the Chahar Dara area, near the city of Kunduz, on Friday when they were fired at from several directions by Taliban fighters equipped with rocket-propelled grenades. The firefight went on for several hours. During it a German armored vehicle drove over an explosive device in the road, and several more soldiers were wounded in the explosion. The deaths brought to 39 the number of Germans killed in the country, and are likely to stiffen German public opposition to the Afghan mission.

The "friendly fire" incident in which the Afghan soldiers were killed happened after dark that evening. There are conflicting reports of what happened. The German army said its soldiers fired on civilian vehicles that were approaching them and didn't stop despite warnings. The Afghan authorities said the soldiers were riding in military vehicles.

"I deeply regret the death of the Afghan soldiers and can only express by deepest sympathies to the Afghan people," Guttenberg told the Frankfurter Allgemeine Sonntagszeitung. "But in war and in circumstances that are similar to war, such incidents can never be fully ruled out." The incident follows the killing last September of dozens of Afghan civilians in an airstrike on two hijacked fuel trucks that was ordered by the German military.

Guttenberg rejected calls for a withdrawal of German troops, saying "an imploding Afghanistan left to its own devices" affects neighboring countries with nuclear weapons, Iran and the whole of central Asia.

He also dismissed criticism by a former chief of staff of the German army, Harald Kujat, that the forces in Afghanistan did not have enough reconnaissance technology to do their job.

"One should be very careful about making blanket judgments about what's lacking," Guttenberg told a news conference on Sunday. The Taliban fighters who attacked the German forces on Friday had operated very professionally and the German soldiers had had surveillance equipment on the scene, he said. "If an enemy conceals himself in a trench long enough, you can fly a drone over it as often as you want and you may not detect him."

Thousands of campaigners across Germany staged rallies against the Afghan mission over the weekend as part of the German peace movement's traditional "Easter march" demonstrations. Activists said the soldiers' deaths reinforced their concerns about the deployment, and reiterated their calls for an immediate withdrawal.

"The news this Easter reminds us of the often suppressed but brutal reality of the Afghanistan war and also of its hopelessness," Manfred Stenner, the head of the peace network Friedenskooperative, said in a statement from Bonn.

The Easter march movement's central office in Frankfurt said the government's "cynical and unwise" Afghanistan policy was to blame for the deaths, and called for the immediate withdrawal of German troops.