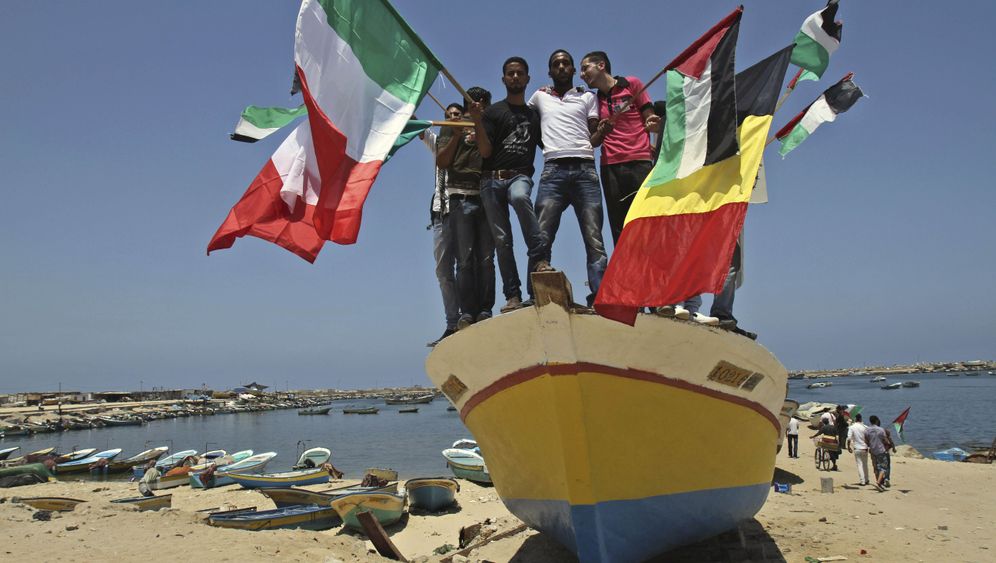 The Gaza Strip flotilla is stuck in Greece, blocked by the coast guard. Activists are increasingly unlikely to make it to Gaza, but questions remain. Do people there really need 3,000 tons of aid supplies? Does Israel's blockade make the lives of the 1.7 million residents there so unbearable that health, security and the well-being of society are endangered? Debate over these questions has become increasingly heated in recent weeks, but everyone has a different answer.

In Israel's opinion, of course there is no humanitarian crisis in Gaza. To prove it, the country releases rows of numbers and statistics. For example, they say that imports have increased by 87 percent since the blockade was eased a year ago, and that more than 15,000 sick people and their attendants have been allowed to travel from Gaza to Israel and the West Bank. Israel has also brought in 1,271 cars, almost 28,000 tons of electrical equipment and 163,000 tons of building materials. The list of things permitted for import also now includes bonzai trees, chandeliers, ice cream machines and printing presses.

These figures have been released by the Israeli Defense Ministry. They are used to back the Israeli argument -- and they do sound convincing. But do they hold up? With a population of 1.7 million people, it means a new car for one in every 1,337 residents, and one new electrical device per family. Meanwhile, after years of the blockade, demand is enormous.

Anyone who travels through Gaza sees police officers on chic white BMW motorcycles and mountains of watermelons, tomatoes and peaches piled up in front of stores. Brand-new cars drive through the streets, and a five-star hotel and shopping center are scheduled to open soon. New restaurants and small recreation parks dot the beach.

Indeed, at first glance, there is no humanitarian crisis.

"Of course there is a humanitarian crisis," says Ramadan al-Hayek, general secretary on a committee to end the blockade. "About 120,000 workers have no job," he says, "more than 300 sick people have died due to insufficient medical supplies, and another 200 died in the tunnels." Al-Hayek is standing beneath a memorial to the nine Turks who died in the Israeli operation against an aid flotilla last year. A nearly 10-meter (33-foot) high cement tower crowned with an iron globe, it's not exactly evidence of a cement shortage.

"Medication is short, many homes have been destroyed, and no one can leave. Is that not a humanitarian crisis?" asks Yousef al-Mansi, a housing minister. Still, of the 50,000 damaged homes, some 35,000 have been repaired, he says. Thousands of homes are also being constructed to replace the roughly 5,000 that have been destroyed. Indeed, building materials have become plentiful, with much of the supplies coming through the tunnels to Egypt.

"For a long time, the tunnels were too small to get steel and gravel through," Al-Mansi says. "Now we have a special tunnel for this. There is enough building material in Gaza; our needs are fulfilled."

Some 3,000 tons of building material are reportedly smuggled into Gaza each day. Though it is both illegal and dangerous, it works.

But does Gaza still need the cement the flotilla hopes to bring? "How much cement have they loaded onto the ships?" al-Mansi asks. "It's a symbol, nothing more," he continues. "What the Israeli army handed over to us from the last flotilla was enough to build only two homes. That's nothing." Then he gets in his silver Audi A6 and drives off.

'If We Could Export, We Could Create Jobs'

Ala al-Rafati should also know whether there is a humanitarian crisis in the Gaza Strip. Until a few months ago, he was the chair of the Department of Economics at the Islamic University of Gaza. Now he is the economics minister for Hamas.

Al-Rafati is currently planning what may be largest investment project in the history of Gaza: a modern neighborhood complete with apartments, office towers and a shopping center in the middle of Gaza City. The site once housed the Saraya prison, which Israel bombed in the war two-and-a-half years ago. The project's price tag is reportedly around $60 million (€42 million).

Al-Rafati slides across the table a colorfully labeled DVD with photographs and plans for the project. When asked how a strip of land under blockade can realize such an enormous building project, he confidently responds that the Palestinians have "part of the equipment here, and the (building) material comes through the tunnels." As far as he sees it, the only thing that could torpedo the project is not finding investment.

He then turns to the economic situation. "Of the 1,500 companies that were destroyed during the war, 1,000 are up and running again," he says. He also praises the area's agricultural industry. "We are planting onions, watermelons and potatoes on former settlement land," he says. "When it comes to fruit and vegetables," he adds, "we are no longer dependent on imports."

Still, he adds that: "If we could export, we could expand our agricultural sector and create jobs. We could also produce vegetables and fruits in great quantities. But, of course, we aren't allowed to."

Last week, the Israeli human rights organization Gisha declared that, although there are no shortages of food in Gaza, "economic recovery is blocked by sweeping restrictions on the movement of goods and people." In an unusually harsh tone, it also warned against focusing on the humanitarian crisis.

The largest problem is that Israel and Egypt continue to allow almost no exports to leave the Gaza Strip. On average, only two truck-loads of goods leave the Gaza Strip each day, whether they are a few tons of strawberries, flowers or bell peppers. In 2005, Israel pledged to allow this figure to climb to 400 tons per day. But that was before the blockade.

According to Gisha, "not a single truck has been allowed to leave Gaza since May 12." The organization then quotes a Palestinian government figure that reports "at least 83 percent of Gaza's factories are either closed or working at a capacity of 50 percent or less."

Under these circumstances, the UN estimates that unemployment has risen to 45 percent, a majority of university graduates can't find jobs and three-quarters of Gaza's residents depend on international aid organization to help meet their food-related needs. College graduates now work for €15 a day in five-star hotels, and blue-collar workers move stones and mount tires for €8 a day. This is the true humanitarian crisis in Gaza.