Indeed, the fugitive former leader's exact whereabouts in his hometown of Sirte had been known for weeks by the BND ahead of his capture and subsequent death on Oct. 20. Agents within the organization have a long tradition of cultivating sources in the Middle East, and managed to determine where the fallen dictator had hidden himself from revolutionary forces, the sources said.

But no geodata that could have led to a targeted strike was shared, German security insiders told SPIEGEL. Still, it appears that NATO forces had a clear idea of Gadhafi's location. When he attempted to flee Sirte on Oct. 20, French fighter jets fired on his convoy of vehicles.

The BND's operations in the Libyan conflict would not be the first time the organization has been involved in a foreign war. They were also active during the Iraq War in 2003. Though then-Chancellor Gerhard Schröder had vehemently rejected playing an active role in the conflict, German agents nevertheless delivered intelligence from Baghdad to United States officials.

In a similar turn of events, Germany chose to abstain from voting on a United Nations Security Council resolution on March 17 that called for the use of military force to protect Libyan civilians. It was an unpopular decision among Germany's traditional Western allies, which raises the question of whether the BND's intelligence efforts to locate Gadhafi may have been undertaken to repair the political damage.

On the other hand, their involvement could also raise questions about whether the BND is partially responsible for Gadhafi's death. 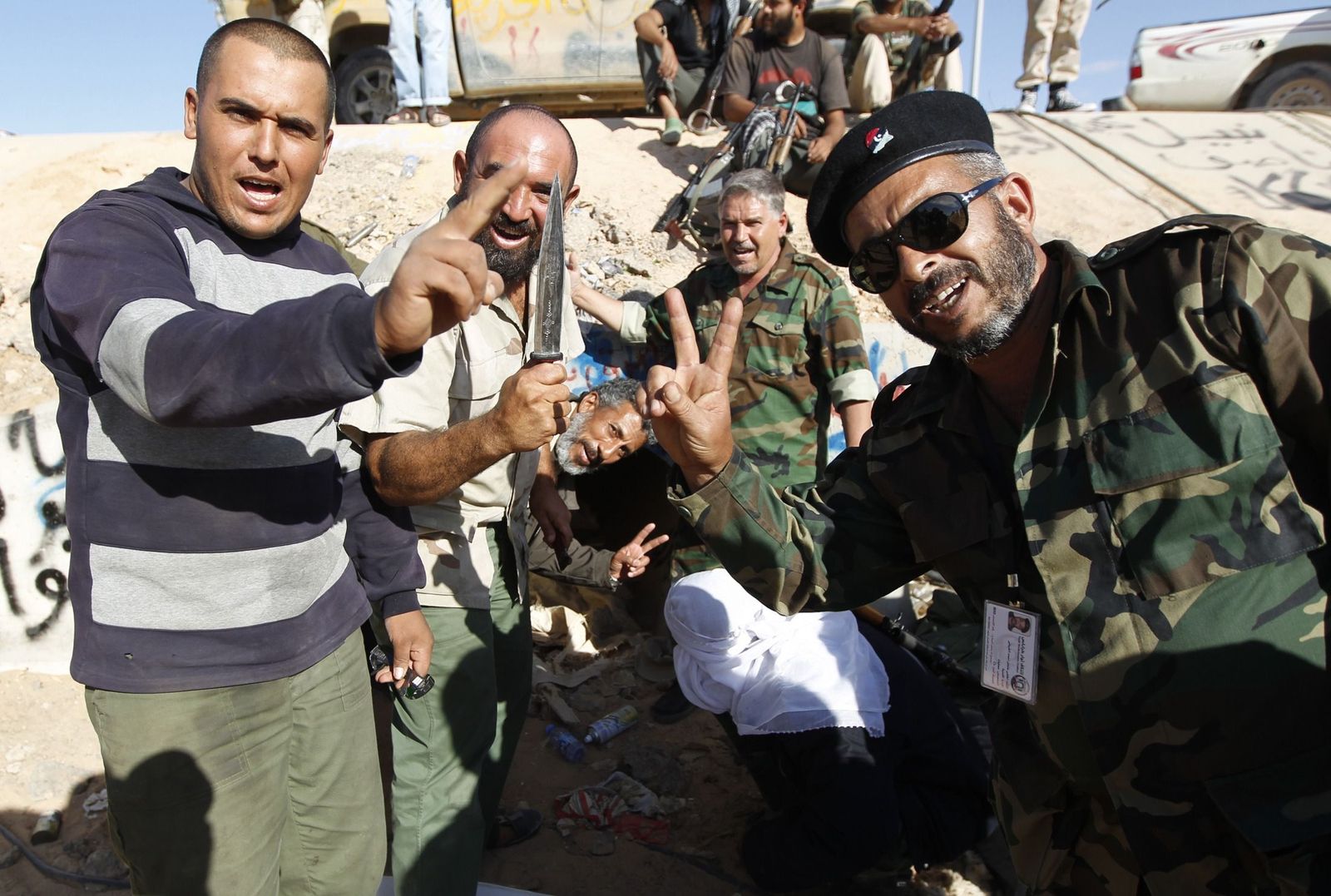 Revolutionary fighters celebrate at the drain where Gadhafi was found on Oct. 20.