The heads of government of the world's eight leading industrialized nations, the G-8, and Russia moved Friday to support further democratization in Arab countries in northern Africa following the uprisings there this spring. Meeting in France at their annual summit, the G-8 leaders pledged that Egypt and Tunisia could receive more than $20 billion (€14 billion) in aid from international banks from now until 2013.

The leaders issued a statement at the conclusion of their two-day summit in which they said their countries will also "mobilize substantial bilateral support to scale up this effort." How much they would contribute, and how the aid from international banks would be broken down, remained unclear. About €3.5 billion was expected to come from the European Investment Bank.

The leaders of several African nations, including Tunisia and Egypt, took part in the meeting at the French seaside resort of Deauville in Normandy. G-8 leaders encouraged oil-rich Arab nations to help support the Egyptian and Tunisian economies.

The International Monetary Fund (IMF) has warned of growing financial difficulties in the Arab world. The IMF has estimated that the countries pushing for democracy in the Middle East and northern Africa would need more than $160 billion (€112.9 billion) over the next three years to help their economies in a time when they are suffering, among other things, from rising commodity prices.

The G-8 leaders also developed a plan to shift the focus of the European Bank for Reconstruction and Development, once aimed at helping Eastern European economies transition from Communism, to aiding Arab democracies.

The ongoing fighting in Libya and government-backed violence against protestors in Syria were also addressed in the G-8 leaders' final statement. The G-8 leaders, representing the United States, Canada, Germany, France, Great Britain, Italy, Japan and Russia, said Libyan dictator Moammar Gadhafi "must go" and said they are pushing for Syria's government to "stop using force and intimidation" against the protestors. 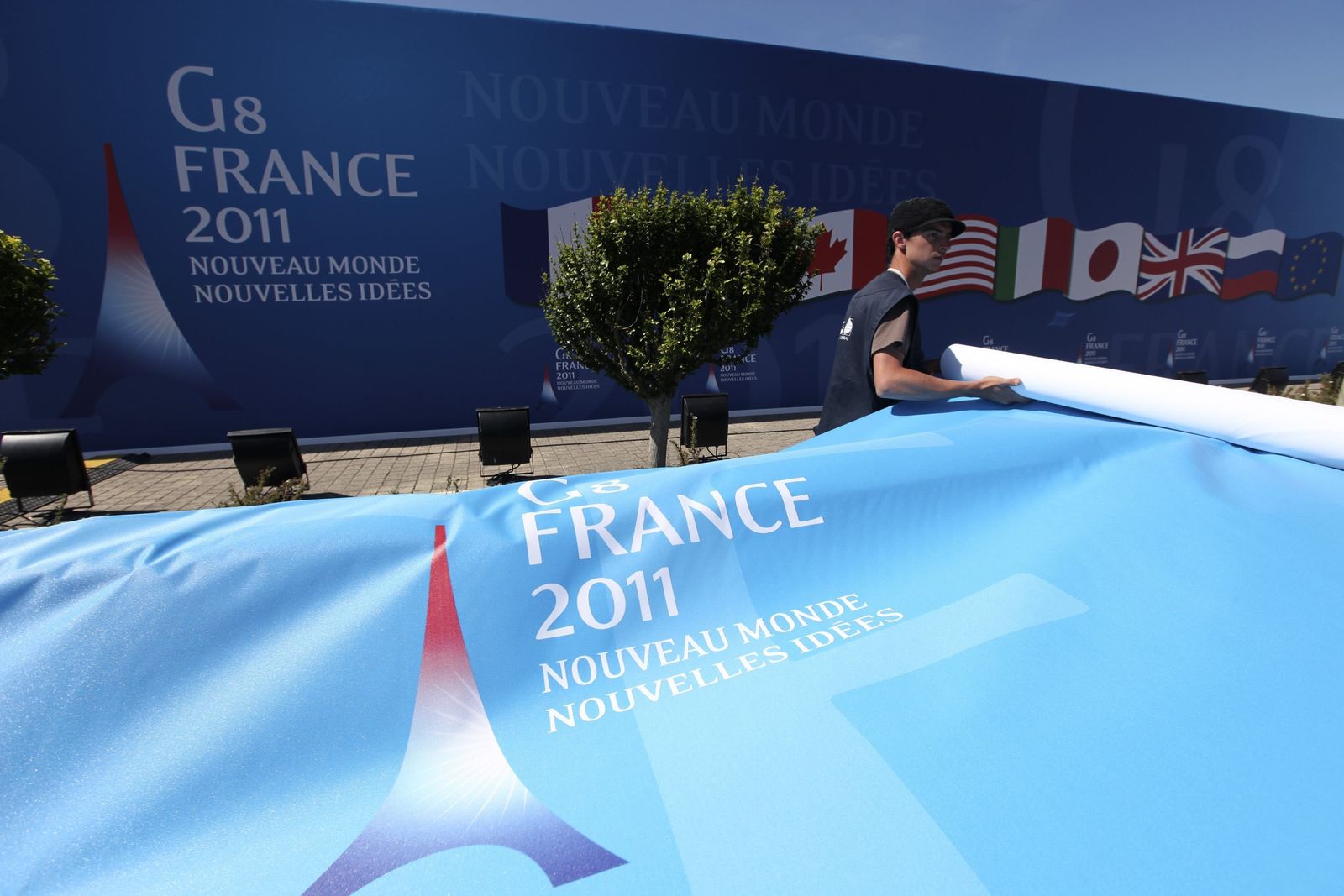 The annual G-8 Summit concluded Friday in the French seaside town of Deauville.