Standard metal detectors at airports can't detect in-body explosives and full X-ray screening would be needed to spot them -- a costly measure that would entail health risks for frequent flyers. The fear is that terrorists could detonate explosives on board a pressurized plane, when only a small explosion would suffice to bring it down.

The method was first used in an al-Qaida attack on the Saudi anti-terrorism chief, Prince Mohammed bin Nayef, in late August. The 23-year-old terrorist, Abdullah Hassan al-Asiri, got through security checks with explosives in his rectum and detonated them during a meeting with the prince. A mobile phone was used to trigger the bomb. The prince was only slightly injured because al-Asiri's body absorbed most of the detonation and was ripped apart.

The explosive is believed to have been triggered by a mobile phone text message, but the source of the message is not known. The attack has led to fears that al-Qaida is testing a new strategy of in-body bombs that would make air travel vulnerable.

"Our aviation controls are equipped with metal detectors, but in the case of the Saudi suicide bomber only an X-ray control would have detected the explosive," a French police official told Le Figaro.

The newspaper cited a senior Interior Ministry official as saying X-raying every passenger would be unthinkable given how frequently some people fly. "The health risks would be too high," he said.

Security experts are instead considering isolating the electronic trigger by making passengers hand in their cell phones and other electronic equipment to the cabin crew for the duration of the flight. Such a measure, though, would likely unleash a storm of protest by passengers.

Body bombs copy the method long used by drug smugglers who hide narcotics in their bodies by swallowing capsules filled with cocaine and other drugs.

Sebastien Mahé, an airport security expert with Brink's France, told the British newspaper The Times that advances in miniaturization were making it easier for terrorists to produce and hide detonators.

He said it would be possible, but difficult, to bring down a plane with an in-body bomb. "You would need a certain weight of explosive because the human body acts as quite a strong shock absorber."

Experts are divided over how to respond. While some are sounding the alarm, others say al-Qaida hasn't perfected the technique and wants to cause public disruption by publicizing it. Ramping up security at this stage would be playing into the terrorists' hands, they say.

Al-Qaida has said it will post instructions on assembling and concealing body bombs on the Internet. 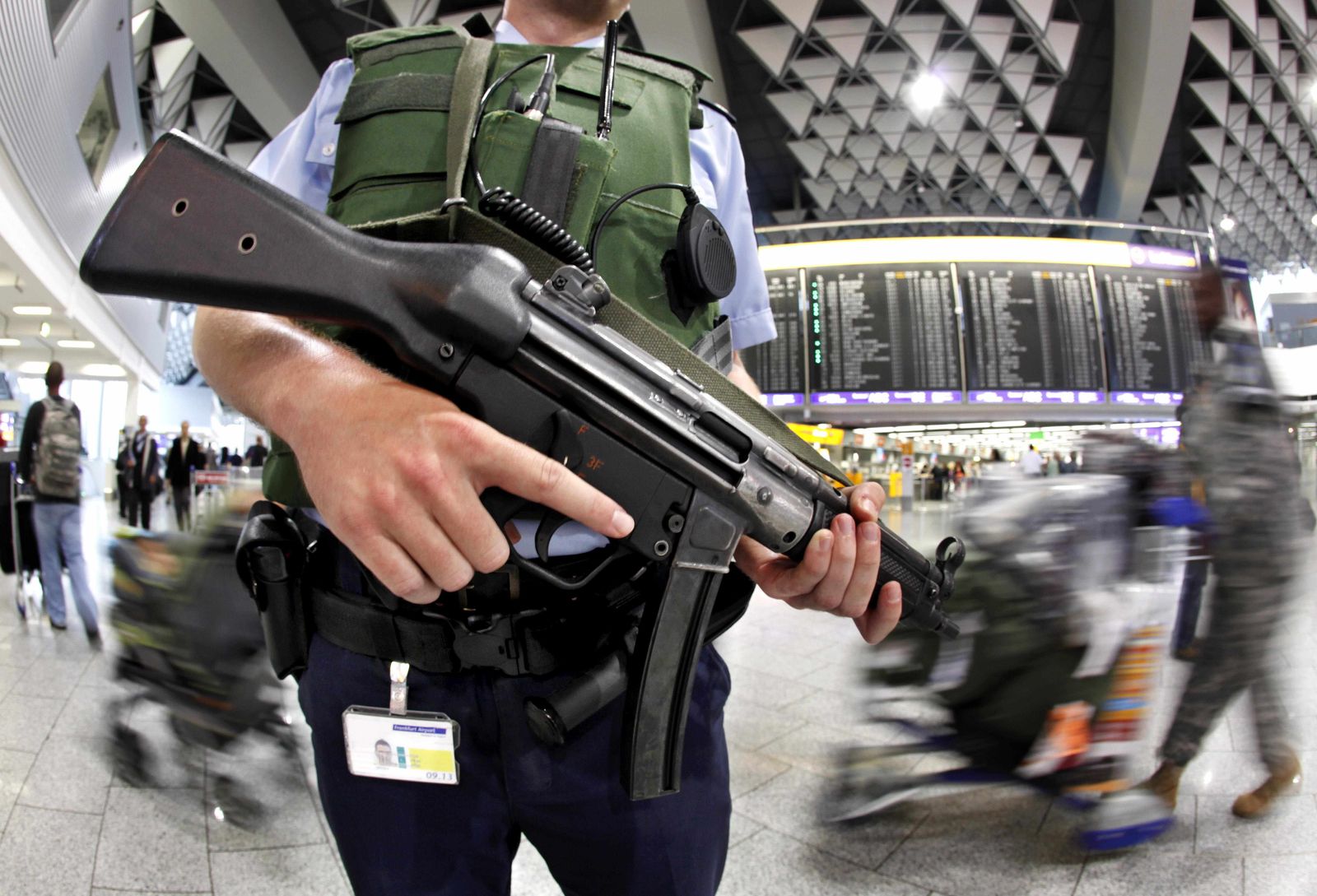 A German police officer armed with a submachine gun at Frankfurt Airport.