One of the side effects of the Arab revolt is that the jihad bubble has burst, at least for now. The popular uprisings in Tunisia, Egypt and Libya have impressively demonstrated how little jihadists have to say in Arab societies. Contrary to the propaganda they have been spreading for decades, their mobilization potential is virtually nonexistent.

Their original goal -- the overthrow of the secular regimes in the Arab world -- has been achieved by others, including groups that are among the declared enemies of al-Qaida and its allies: secularists, students with a Western orientation, politically active women, people who support democracy and moderate Islamists. It isn't al-Qaida that has proven to be a vanguard, but the secular, Internet-savvy youth of the Arab world. And no one on the squares and streets, from Tunis to Benghazi, has called for a Taliban-esque theocracy, al-Qaida's vision for the Islamic world.

What an embarrassing revelation!

But because those who live in the universe of al-Qaida leader Osama bin Laden and his associates refuse to accept this reality, an effort is already underway to reinterpret recent events in the Arab world. At first, it seemed as if the terrorist network hadn't found any words to comment on the massive upheavals. But now al-Qaida's spin on the events in the Middle East is gradually becoming clear.

Al-Qaida is serving up a mixture of currying favor and issuing dire warnings. On Thursday, the North African branch of the organization, Al-Qaida in the Islamic Maghreb (AQIM), declared its support for the revolt in Libya. Of course, that revolt is being portrayed as "jihad," while al-Qaida insists that it makes sense for the Libyans to be rising up against dictator Moammar Gadhafi because he is an "enemy of God." Besides, as AQIM claims with some audacity, "we have consistently fought solely for your defense."

The Divide Between Real and Wannabe Revolutionaries

Ayman al-Zawahiri, al-Qaida's second-in-command and one of the Egyptian jihadists who has spent a lifetime fighting against the "godless" regime there, issued a statement on the situation in Egypt on Feb. 18. He too congratulated the revolutionaries, but the first thing he felt compelled to say about his native Egypt was that it is "secular and democratic," and that this is what must change.

This is remarkable. While hundreds of thousands of Egyptians took to the streets precisely because the regime was only outwardly democratic, this is exactly the issue Zawahiri emphasizes as a reason for a revolt! The divide that is apparent here between the real and the wannabe revolutionaries is enormous and embarrassing, even for the occasional hardcore Islamist, especially when Zawahiri ups the ante and accuses Mubarak of having rigged elections. This isn't exactly a coherent analysis.

Meanwhile, also on Thursday, the Libyan-born al-Qaida ideologue Attiyat Allah addressed the uprisings in North Africa and his native Libya. At least he was honest enough to admit that "it is true that this revolution is not entirely what we had envisioned."

But he too had little more to offer than the warning not to ignore the Koran as a guideline for action. He suggested that the newly won freedoms in Tunisia, Egypt and Libya be used for missionary work and activism to help shape the future in a jihadist sense.

It is unlikely that this will transpire. It is far more likely that moderate Islamists will play this role, which, of course, would not mesh with al-Qaida's goals, either.

But as humiliated as al-Qaida and its allies may be at the moment, this is not necessarily a permanent state of affairs. It is easier to fight democratic governments than despots, and chaos has always been a fertile breeding ground for jihadists. Jihadism hasn't been defeated yet. Thanks to the revolts, it has only become recognizable for what it is: the ideology and bloody practice of a very small minority among Arabs and Muslims. 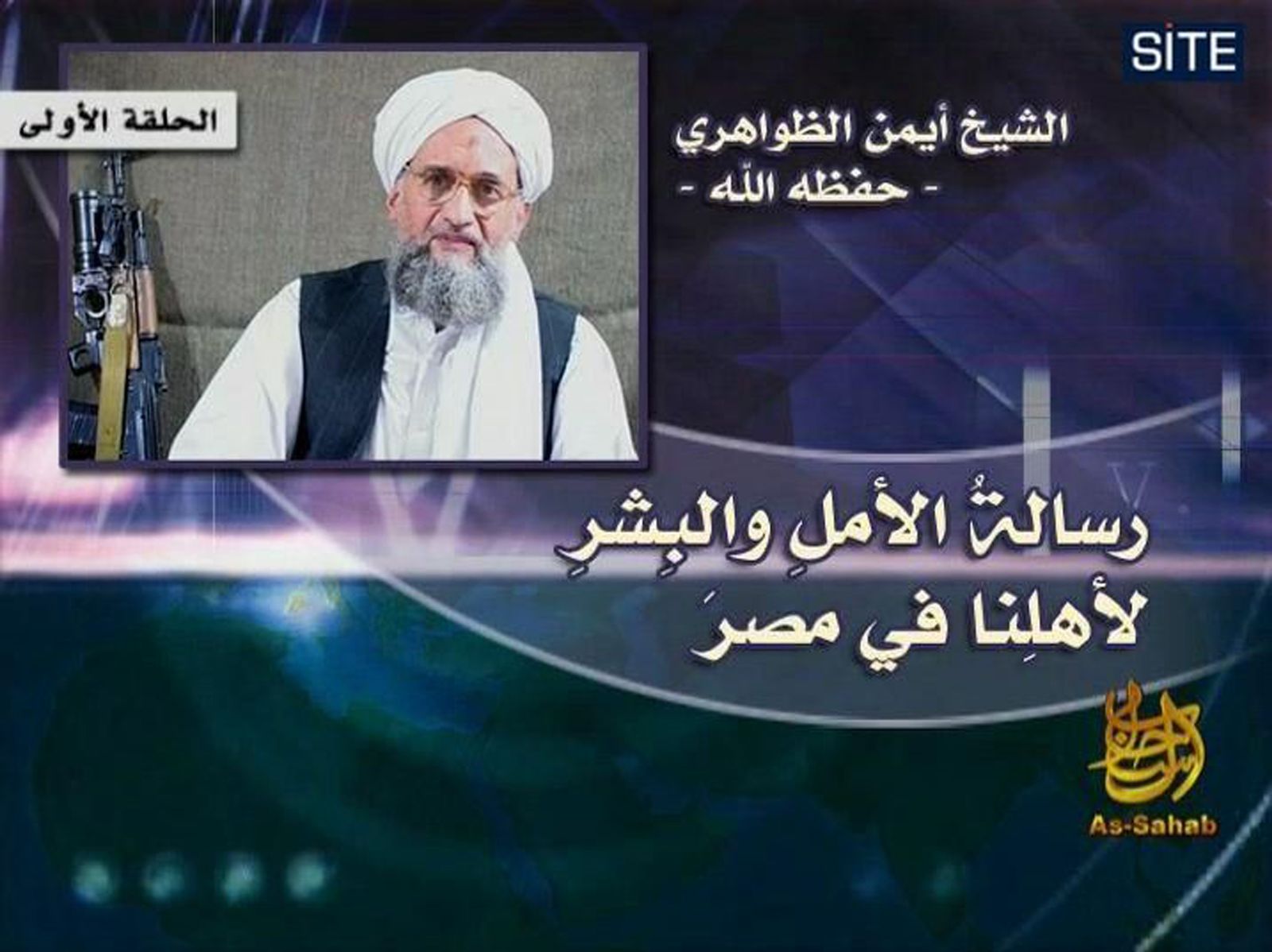 Pictured here is al-Qaida No. 2 Ayman al-Zawahiri. Another al-Qaida leader said: "It is true the revolution is not entirely what we had envisioned."