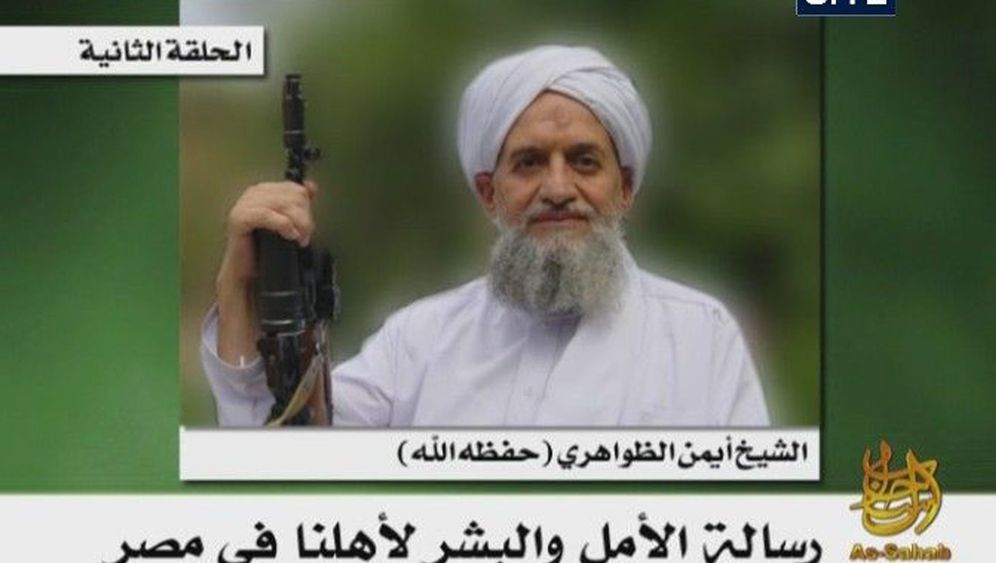 Osama bin Laden didn't make telephone calls. During his years in Abbottabad, Pakistan, he avoided anything that might have put intelligence agencies on his track, communicating only via messengers. But reporting published last week by two journalists at the US news website The Daily Beast suggests that al-Qaida's current leadership has abandoned such precautionary measures.

It appears the reason for the closing of 21 American embassies from Yemen to Pakistan was an intercepted online conference call among the terrorist organization's Top 20. According to the article, al-Qaida leader Ayman al-Zawahiri took this opportunity to name Nasir al-Wuhayshi, head of the organization's Yemen branch, as his official second-in-command. Also participating in the call were al-Qaida leaders from Iraq, North Africa and Uzbekistan, as well as Pakistan's Taliban, Nigerian group Boko Haram and a representative of the emerging al-Qaida group in the Sinai Peninsula.

"This was like a meeting of the Legion of Doom," one of three US intelligence officers interviewed by The Daily Beast told the site. During the virtual meeting, the article continued, the al-Qaida operatives also discussed future targets for attack and mentioned that one or several teams were already in place for such attacks.

For the world's most wanted terrorists to meet for an online briefing precisely at the same time as the NSA scandal would seem to amount to a break with all the rules to which someone like al-Zawahiri owes his survival after two decades of being sought by US intelligence agencies.

But there was also some astonishment over the US government's announcement it would close so many embassies. "It's crazy pants," former State Department counterterrorism adviser Will McCants told reporters. The US government, meanwhile, declined to comment.

The article also presents a further inconsistency by assuming that al-Qaida remains a centrally run organization -- and al-Zawahiri a leader everyone obeys -- despite internal tensions and the pressures of being wanted by intelligence agencies.

In reality, the portrayal contradicts developments observed in recent years, including an August 7 United Nations analysis of al-Qaida and its associates -- the 14th report of its kind to be released. It states that "Al-Qaida's decimated core has seen no revival of its fortunes over the past six months. A degraded senior leadership based in the Afghanistan-Pakistan border region continues to issue statements, but demonstrates little ability to direct operations through centralized command and control."

Al-Zawahiri, the report continues, "has demonstrated little capability to unify or lead al-Qaida affiliates." In fact, it says, more of a threat is posed by individuals who commit attacks after self-radicalizing through online terrorist propaganda, such as the two Chechens who set off bombs at the Boston Marathon this spring. An additional danger, says the report, is that al-Qaida will take advantage of new conflicts such as the current war in Syria, which has given the terrorist organization "a significant boost."

Is Turkey Doing Too Little to Stop Jihad Tourists?

European intelligence services take the same view. Syria has become the preferred destination for jihadists, who have arrived in the war-torn country by the thousands over the last 12 months. These fighters are the only ones coming to rebels' aid against the military machinery of the regime, which gives them devastating power.

And no one seems to want to stop them. On domestic flights to Hatay, in southern Turkey, bearded passengers from Saudi Arabia, Tunisia and Russia's Caucasus republics sit side by side. They travel into Turkey unchallenged, then meet with comrades who bring them over the nearby border into Syria. Meanwhile, similar figures are lined up at Hatay's departure gates, carrying little luggage and often with the red dirt of northern Syria still clinging to their shoes.

Turkish authorities seem unbothered by these jihad tourists. At the border crossings, smugglers openly advertise their services. It's certainly strange in a way, a former Syrian follower of "Emir" Asadullah al-Shishani said in June from the jihadist stronghold of Atmeh, near the Turkish border. "A month ago, a dozen Chechens flew back home from Hatay unchallenged, even though they'd told us they were all wanted by Interpol."

Al-Qaida's diffuse ideology of perpetual warfare gives the organization the tactical advantage of being able to be present at various conflicts simultaneously. Its individual branches feed like parasites off a variety of opponents. In Yemen, they fight against the government's army and the United States; in Syria against Bashar Assad's Alawite dictatorship and the Kurds; in Mali against the government and the Tuareg; in Iraq primarily against Prime Minister Nouri al-Maliki's Shiite government.

Bin Laden's one-time maxim of meeting the "distant enemy" in the United States and Europe has been replaced by the principle of appropriating local conflicts of many different kinds.

Abu Musab al-Zarqawi, the former Iraqi al-Qaida leader who has since been killed, recognized this sectarian war against the Shiites as a convenient opportunity to turn an already smoldering conflict to his own goals. At the time, bin Laden tried to stop him, but today the terrorist organization is once again on the rise in Iraq, benefitting from the prime minister's policy of systematically pushing Sunnis out of important posts in favor of supporters from his Shiite power base.

The "Islamic State of Iraq and Syria" (ISIS) has become al-Qaida's most powerful branch, gradually taking over fighters and bases belonging to the Al-Nusra Front, which once served as a gathering place for jihadists in Syria. Here, though, al-Qaida's leaders have little say. "The unsuccessful attempts of … al-Zawahiri to mediate internal conflicts between al-Qaida and (the Nusra Front) point to the limits of al-Zawahiri's authority," the UN report suggests.

Al-Zawahiri's weak leadership position led Washington Post writer Max Fisher to develop an entirely new speculation as to why al-Qaida's leader would talk so openly during the purported conference call. "For Zawahiri, merely the appearance of ordering a big operation could help him with internal al-Qaeda politics," he wrote.

Washington's hectic reaction to the intercepted call -- half a dozen drone attacks in Yemen and a global travel warning for Americans -- must have pleased al-Zawahiri, seeing as it showed he had achieved the effect he intended. Assuming, that is, that the story of the conference call is true. 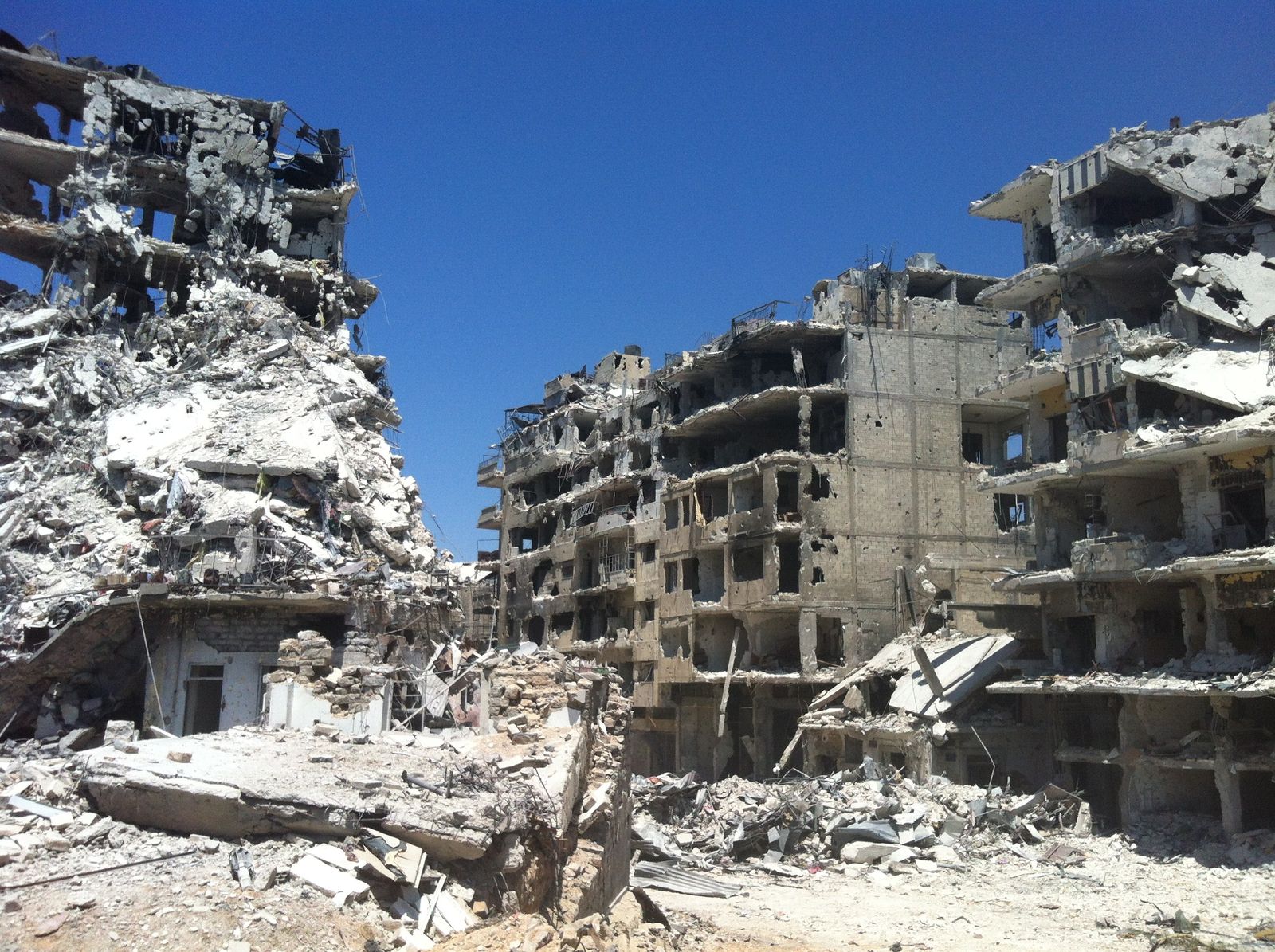 Syria has become the preferred destination of the jihadists, who have arrived in the war-torn country by the thousands over the last 12 months.