The most important election in Russia this year was that of mayor for Moscow. Had things gone by the book over the weekend, the Kremlin would have seen Russia's opposition figurehead Alexei Navalny put in his place, humiliated once and for all.

For years, the Kremlin has kept political rivals at bay ahead of elections. But this time, President Vladimir Putin himself gave the green light to Alexei Navalny's participation in the race, allowing the high-profile lawyer turned blogger and anti-corruption activist to run for office.

But at the same time, the Kremlin did its utmost to smear him -- maintaining that Navalny's election campaign had foreign financing, ordering police to seize his campaign material and accusing Leonid Volkov, his campaign manager, of frequenting strip clubs. Most importantly, it had him put on trial for allegedly embezzling the Kirovles state timber company. In July, he was found guilty and sentenced to five years in jail, only to be granted a provisional release days later. Nonetheless, the sentence handed down by the Lenin district court was not repealed. Although his lawyers plan to appeal, Navalny will have to begin serving his time as soon as the decision is final.

Putin's strategy has proved an unmitigated disaster. Predicted to attract 10 or 12 percent of the vote on Sunday, Navalny ended up securing 27 percent. Quite an achievement -- and one that makes the 37-year-old the undisputed leader of the anti-Putin opposition. Not only did the Kremlin fail to humiliate Navalny, it actually strengthened him.

At last, an Alternative to Putin's System

The clear loser of the Moscow mayoral election is Vladimir Putin. By giving their support to Navalny, voters were taking a stand first and foremost against the president and his system of "managed democracy." Keen to have its voice heard, Moscow's affluent, fast-growing middle class participated in the mass protests against election fraud in the parliamentary elections in December 2011 and the presidential elections in March 2012, carrying banners that proclaimed they would not be duped.

Putin has no absolute majority in the Russian capital. His ally, the insipid but efficient Sergei Sobyanin, won the mayoral election and secured 51 percent of the vote, just above the 50 percent threshold needed to avoid a second-round ballot. In the presidential elections, Putin himself only drew 47 percent of the vote in Moscow, his lowest showing in all of Russia's districts.

"Putin occupies the Kremlin the way Napoleon did, having occupied a city that didn't belong to him," author Victor Erofeyev writes in an essay for this week's SPIEGEL.

Thanks to Navalny and Sobyanin, Russian democracy has taken a step forward. Russian politics have become exciting again. Finally, there is an alternative -- in the shape of Navalny -- to Putin's system. He has won over many Russians by blogging about corruption scandals and using the majority's xenophobia to his own advantage, calling for compulsory visas for immigrant workers from former Soviet states. He also has support from within the ranks of the oligarchs and businessmen fed up with Putin.

With his army of youthful followers, Navalny ran an election campaign that was a breath of fresh air in Putin's Russia. He proved he had the common touch, a gift for public speaking and with his slogan "Change Russia, Start With Moscow," a knack for a punchy soundbite. It was all he needed to mobilize a huge number of people, and helped him perform as well as he did in an election in which only 33 percent of the population took part.

His rival Sergei Sobyanin appears to have steered clear of the usual widescale election manipulation and insisted that Navalny be allowed to run for mayor. He wanted to win the election fair and square.

"Moscow and Russia are ready for greater public participation and democracy," said Sergei Kapkov, the Moscow government's golden boy and head of the department of culture, in an interview with SPIEGEL ONLINE ahead of the vote.

Navalny, meanwhile, is contesting the official result and has called for a demonstration in central Moscow on Monday evening.

Behind the scenes, Navalny's future continues to hang in the balance. Putin's hawks now see their position as vindicated -- they would have rather been safe than sorry and put him behind bars. But given how defiant the Moscow electorate is looking these days, can Putin really risk locking up a man who secured over 25 percent of the mayoral vote? 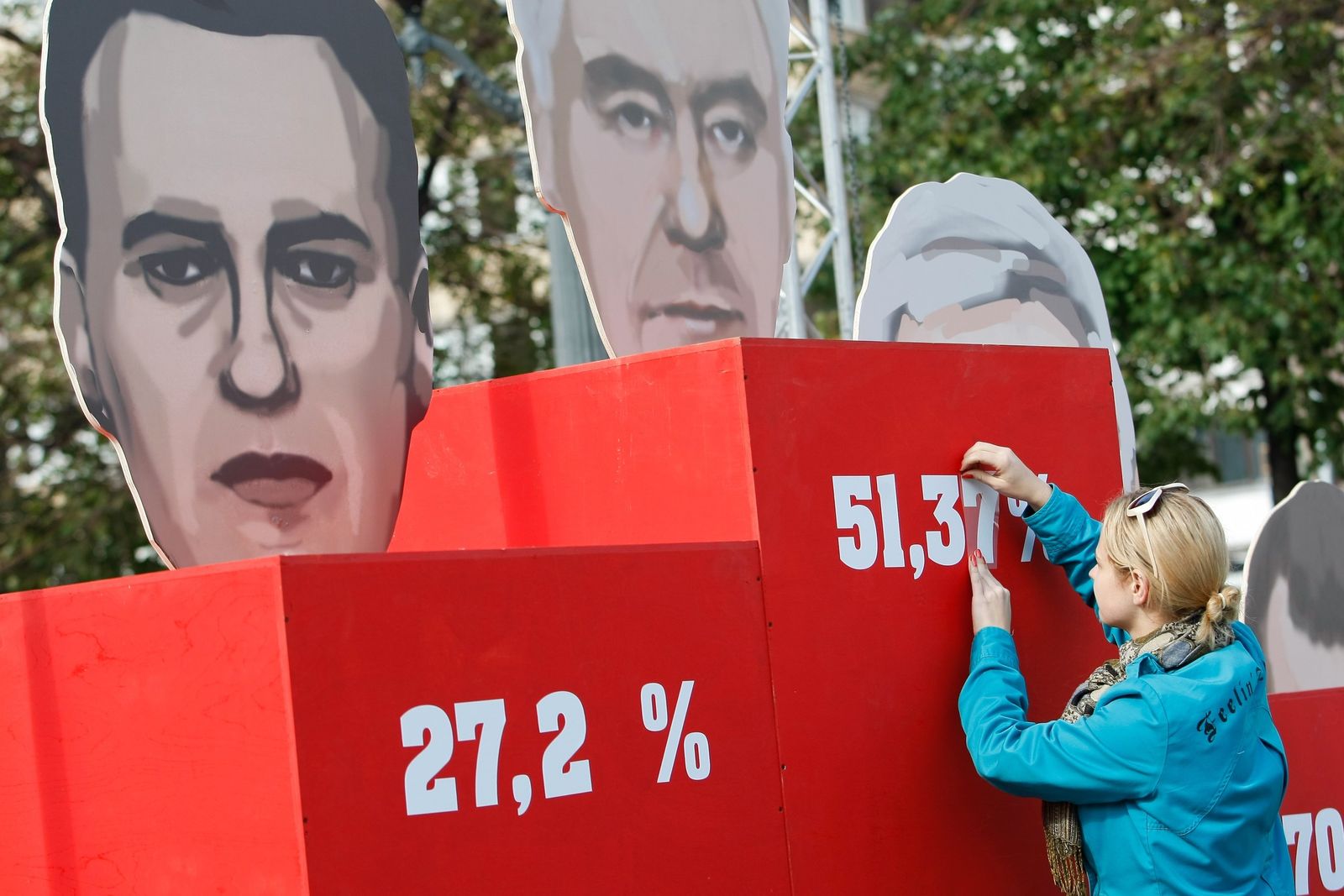