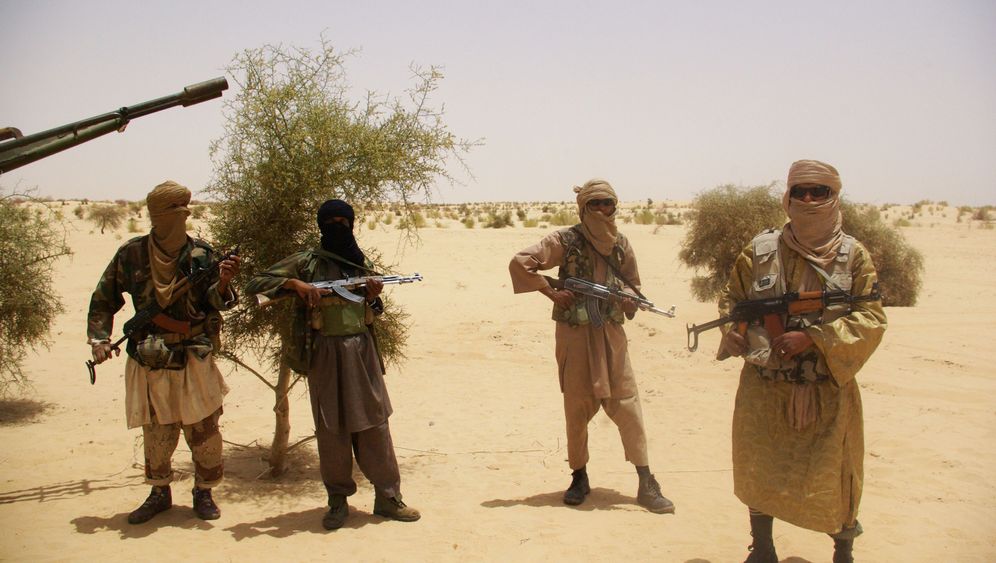 Photo Gallery: Extremism in the Maghreb

Western leaders on Friday were pressing for details on a bloody operation by Algerian special forces to free hundreds of hostages from their Islamist captors at a desert natural gas field. The Islamists said they took the hostages in retaliation for French intervention in neighboring Mali, and have threatened further attacks in the future.

Algerian forces began the rescue mission on Thursday, arriving at the gas field in helicopters and opening fire as the Islamists sought to move the hostages to another site. Authorities said dozens of hostages were killed, as were some of the militants, and at least 22 hostages were still unaccounted for. Leaders of Western countries with citizens taken hostage expressed anger at not having been consulted on the raid before it happened.

Officials have not yet released a concrete death toll, but the attack highlights the precarious security situation in the region, which is strategically important for Europe due to its geographic proximity and natural resources.

The region is larger than Western Europe, an inhospitable desert that is sparsely populated and where government control is scarcely seen. In recent years, the northwest of Africa has developed into an enormous region where drug smugglers and Islamist terrorists can move about with impunity. They cross state borders with ease, operating in Mauritania or Mali one day, only to turn up a few days later in Niger or Libya.

The attack on the natural gas field in eastern Algeria proves that Western fears of terrorist operations in the region extend beyond the north of Mali, where Islamists have been in control since last year. A week ago, the French military launched "Operation Serval," a cooperation with Malian forces to push back the Islamists. Germany and other Western allies are providing logistical support to the operation while the country's West African allies have pledged to send troops.

French President François Hollande said on Tuesday that the goal of the mission in Mali was to ensure that "when we end our intervention, Mali is safe, has legitimate authorities, an electoral process and there are no more terrorists threatening its territory." It is an extremely ambitious objective and one that seems far out of step with reality for the near future.

Even if French and Malian forces manage to oust the Islamists, there are a number of neighboring countries for them to retreat to, including Mauritania, Algeria and Niger. There the Islamists could sit out the intervention and simply wait for European forces to withdraw.

Security within Mali's Saharan neighbors, after all, is nearly as fragile as it is in Mali itself. Mauritania shares a border with Mali some 2,240 kilometers (1,390 miles) long, and is one of the most sparsely populated countries in the world. The military has been weakened by several coups and security forces are poorly organized.

Mauritania's vulnerability appeared greatest after a mysterious incident in October 2012, when President Mohamed Ould Abdel Aziz was injured after his convoy was shot at. Officials said it was a mistaken military attack, though doubts have been raised on the story's plausibility. Abdel Aziz has had to go to France for medical treatment, leading to speculation that he can no longer carry out his duties.

Similar to Mauritania is Mali's eastern neighbor Niger. Ethnic Tuareg rebels have been fighting the central government in Niamey for years, and the terrorist group Al-Qaida in the Islamic Maghreb has been active in the country since 2008.

On top of that come internal power struggles. In 2010, the military staged a coup ousting President Mamadou Tandja. Largely free elections restored civilian rule in 2011, although parts of the country remain out of the government's control. The US think tank Fund for Peace has repeatedly ranked Niger among the world worst failed states.

The security situation in Libya has visibly worsened since the beginning of the uprising against dictator Moammar Gadhafi nearly two years ago. The military has been essentially dissolved and weapons from Gadhafi's armed forces have flooded the markets in the region, ending up in the hands of various militias, including the extremists in northern Mali. Fifteen months after Gadhafi's death, a stable and sustainable government has yet to take hold. Real control over the country rests with competing warlords, and Islamist groups in the region have profitted.

The blood bath at the oil field shows that Algeria has been the most impacted by the developments in Mali. For this reason, Algiers has long opposed French military intervention in its southern neighbor. Algeria itself is still suffering the consequences of its civil war in the 1990s, in which fighting between the military and Islamists killed hundreds of thousands of people.

The military is still the most powerful force in the country, however it has still proved incapable of securing the 1,400-kilometer border with Mali. Regular attacks on Algerian soldiers in the south show the strength of the Islamists.

A variety of militias are active in the expansive desert region stretching from Mauritania to Niger. Many form strategic alliances, while at the same time competing for power and control over human trafficking and the smuggling of drugs and cigarettes.

The most notorious of these groups is Al-Qaida in the Islamic Maghreb. It emerged six years ago from a rebranding of the Salafist Group for Preaching and Combat. In contrast to the Al-Qaida offshoots in Afghanistan, Iraq or the Arabian Peninsula, AQIM has long almost entirely refrained from attacking targets in the West.

Instead, the organization, which is said to have almost 1,000 members, has concentrated on kidnapping Western nationals and holding them for ransom to fill their coffers. Also in contrast to other Al-Qaida affiliates, AQIM has held off on trying to impose its Salafist ideology on native populations, thereby winning over their support.

An AQIM splinter group is the Movement for Oneness and Jihad in West Africa (MOJWA). The catalyst for the split was reportedly a power struggle between the Algerian-dominated AQIM leadership and fighters from Mauritania and other countries. In November 2011, the group kidnapped a group of Western aid workers from a refugee camp in Algeria. The hostages were freed in July 2012 for a ransom of $18 million (€13.5 million). Northern Mali has since become the most important region for the MOJWA, controlling large parts of the region.

The Signed-In-Blood Battalion was formed only in December 2012 as another splinter group from the AQIM. The group was founded by a one-eyed veteran of Algeria's civil war named Mokhtar Belmokhtar, believed to be the mastermind behind the hostage crisis at the Algerian natural gas facility. The group said the attack was a direct reaction to French operations in Mali. Belmokhtar has threatened further attacks if French troops do not withdraw from the region.

Finally Ansar Dine is an Islamist group that emerged in the region after the fall of Moammar Gadhafi. A few months after the organization first announced its formation in 2012, it took control in northern Mali. Its fighters are well equipped with weapons from Gadhafi's arsenal, and its leaders espouse radical Salafism.

It rejects as un-Islamic the Sufi practice of saint veneration, widespread across northern Africa. After taking control of several northern Malian cities, Ansar Dine destroyed numerous tombs of Muslim saints. It has imposed a brutal form of Sharia law on the region, cutting off the hands of people it accuses of theft and whipping unmarried couples.

France has declared these fundamentalist groups as their main targets in their Mali operations. Getting the upper hand anytime soon, however, promises to be a difficult task. 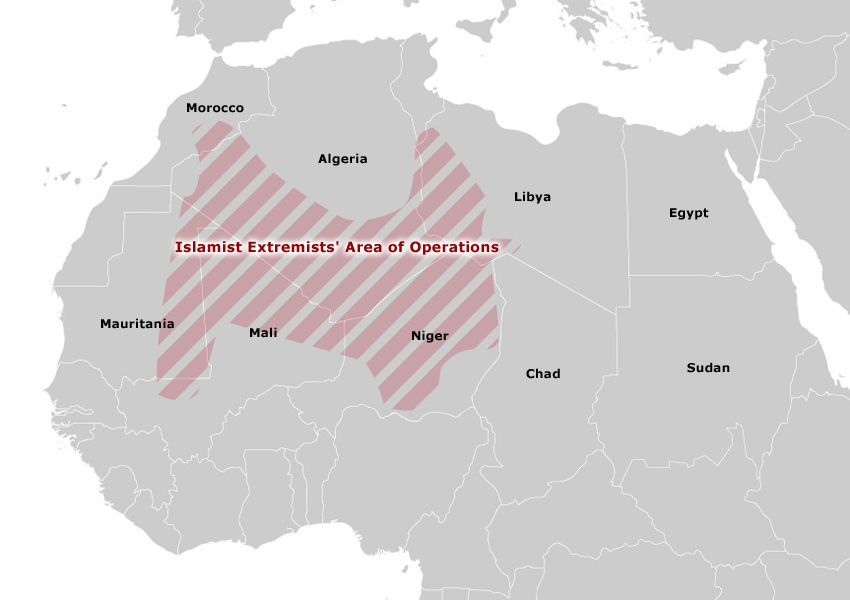