The alleged war criminal John Demjanjuk has used almost every legal means to avoid being deported from the US to Germany, where prosecutors accuse him of having been a guard at the Sobibor concentration camp. Now his lawyer Ulrich Busch has filed suit against the German government. 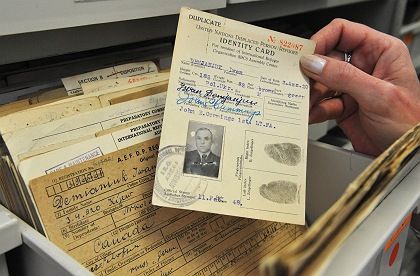 Demjanjuk's identity card from when he was a displaced person: Germany wants to put the suspected war criminal on trial.

On Thursday Busch sent a fax to the administrative court in Berlin with the suit: Demjanjuk, "44131 Seven Hills, Ohio, USA" versus "Federal Republic of Germany, represented by the Federal Justice Ministry." Busch wants to ensure that the Berlin government withdraws its agreement to accept Demjanjuk in Germany.

The 89-year-old retired auto worker, who is accused of being an accessory to the murders of Jews in the Sobibor death camp in Nazi-occupied Poland in 1943, lost his last appeal to keep his US citizenship, which had been removed in 2002, in May 2008. However, it was only when the Bavarian state court issued a warrant and the German government issued him with travel papers that the way was cleared for his deportation. Busch is also playing for time. He has asked the Berlin Administrative Court judge to temporarily suspend the German government's declaration that they would allow Demjanjuk to enter the country -- until a ruling is made.

It is developments in the US that have prompted the suit. The US Justice Department had made a statement to the Sixth Circuit Court of Appeals not to deport Demjanjuk until April 30. The Cincinnati court had halted Demjanuk's deportation at the last moment -- after deportation officers had already carried him out of his home on April 14 to be put on a private plane to Munich.

The same court now had to decide if Demjanjuk would be at risk of "torture" if he goes to Germany. His American lawyers argued that forcing a man who is this ill to undergo a trial amounts to torture.

However the Cincinnati court ruled Friday to deny Demjanjuk a stay of deportation -- meaning officials could soon be calling at the 89-year-old's door again. 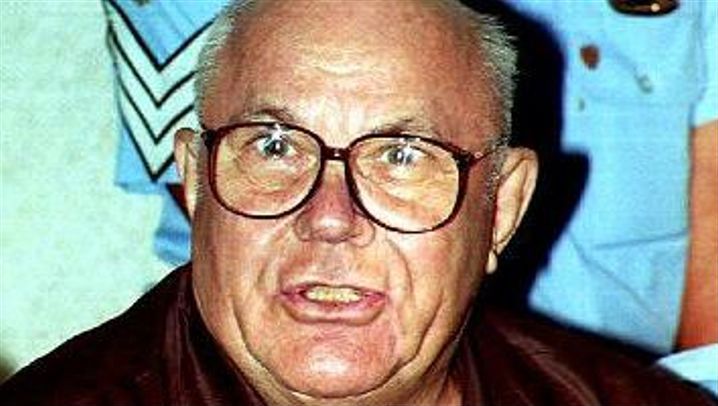 The deportation case began in March when the Munich prosecutor's office issued a warrant for Demjanuk's arrest on charges of being an accessory to the murder of 29,000 people. This is the number of Jews who were killed during Demjanjuk's alleged time as a guard at the Sobibor concentration camp.

The case has since become a bitter legal battle with both the Demjanjuk family and the US authorities using images to back up their cases. The family released videos of Demjanjuk in terrible pain being examined by a doctor. The US Justice Department countered with secret video footage of the accused, showing him briskly walking from a clinic to a car and getting in without any assistance.

Deportation officers have given sworn affidavits that Demjanjuk had been bright and animated in their offices. The family has claimed that the authorities only filmed him when he looked in good health and that they never took images when he was being transported in a wheelchair even though they were present.

The US Justice Department is increasingly irritated by the wrangling. It argues that Demjanjuk is making a mockery of it and of justice, writing that "he is, quite obviously, a vigorous man, particularly for his age." The officials even use political arguments in their letter to the judges in Cincinnati. Demjanjuk, they write, "is seeking, in effect, to show the world that, even if the United States has the will to carry out statutorily mandated removal of one who helped carry out lethal Nazi crimes of persecution, our legal system is so full of loopholes and pitfalls that such an individual may succeed in obtaining the only thing he really wants -- to die in America."

If the judges of the federal appellate court decide against Demjanjuk, his only remaining option is the Supreme Court. But it could refuse to hear the case at all, without having to give reasons.

Demjanjuk's German lawyer Busch is therefore trying to move the legal tug-of-war to Germany. In remarks to SPIEGEL, Busch accused the German authorities of "circumventing the law" in consenting to the deportation of Demjanjuk. "For such cases we have the instrument of extradition," he said. In the case of an extradition, there would have to have been an examination beforehand, including by the German side, as to whether Demjanjuk was fit enough to be transported and to be held in custody.

According to Busch, the German government wanted to save itself from that obligation by deciding not to apply for extradition and instead agreeing to deportation. Berlin bypassed his client's rights in this way, he said.

Moreover, Busch complained that Germany had deprived Demjanjuk of any possibility of returning to the US and to his family. Even if he was acquitted after a trial or was not even fit to be tried, he could never return to the US after being deported and so could not be reunited with his family, without whom he is "not capable of living," in the words of Busch. Germany had accepted that and so violated the right of presumption of innocence.

As it happens, the US wants to eject Demjanjuk from the country in any case. In 2002, a court ruled that his US citizenship should be revoked. Appellate courts have repeatedly upheld that ruling. "There is plenty of evidence that Demjanjuk participated in genocide," says former prosecutor Jonathan Drimmer.

Busch now argues that Demjanjuk would -- despite the court rulings -- have remained in the US until the end of his life, if the Germans had not declared they were prepared to take him. Moreover, Busch says, Demjanjuk is so ill that he could not be adequately cared for in a prison hospital. He needs nurses who can speak Ukrainian, as that is the only language that he really has a command of, Busch say, explaining that Demjanjuk is an "old, sick man."

Whether Busch's suit will be successful is uncertain. The administrative court might not even accept such a complaint. Busch has already appealed to Munich District Court against the warrant against Demjanjuk. The court rejected his petition two weeks ago. Busch is now appealing against that decision.