There used to be an American sense of comfort in transformation, in change, in the pendulum's eternal swing. It was an American certainty: Even if the present is dreary and gray, there would still be the future, and the future would be bright.

But there was more than that -- this age-old American attitude that anyone can take charge of their destiny at any time. If you don't like your job, you just quit. If you don't like the East Coast, you move out west. You thought George W. Bush was the worst president since 1945? No worries -- there are term limits, after all, and a Barack Obama can always come along.

Such was the thinking of millions of people in the United States -- even among political scientists and historians. It was perhaps a childish view -- the idea that opportunity would always be there because lasting failure and destruction was something that could only happen elsewhere. A Germany that triggered and lost World War II is incapable of that kind of thinking. But for an America that has long been pleased with itself, optimism about life was the default setting.

The fear, though, is new. Fear of social decline, of all things foreign and even of progress.

So, too, are the errors, and there have been far too many of them.

How, for example, could the Democratic Party have allowed itself to arrive at this level of dependency on the Clintons -- how could it have slumped into such dynastic thinking? Everyone in the party knows that Hillary Clinton was strong in her campaign against Obama eight years ago -- and they know that she is no longer strong today. Instead, she's frozen, someone who has been around for what feels like an eternity. She still doesn't grasp her 2008 defeat and this time wants to prevail in her aspiration. It is reckless for a party to push through a weak candidate purely out of principle. And how sad it is that few are still speaking of this wonderful goal, of finally -- after 43 men -- shattering possibly the last remaining glass ceiling by electing the first female president. There is no more passion or lightness in the Clinton camp -- just panic, fear that the most absurd opponent seen in the past 100 years cannot be defeated. 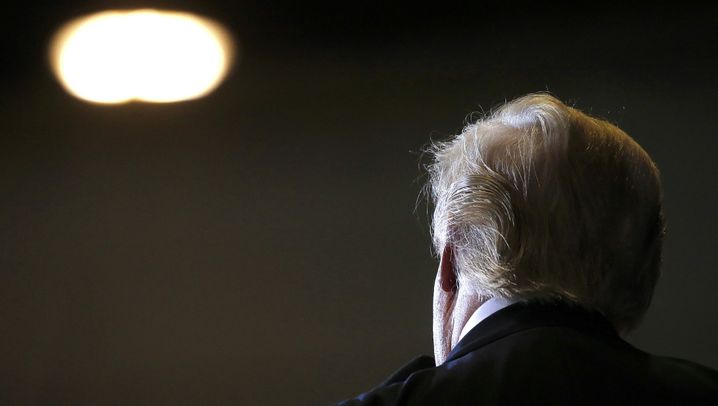 How could the entire country have allowed the democracy for which it stands to fall into this degree of decline? Years ago, two ranting men emerged at the margins of society with a format called "talk radio": Rush Limbaugh and Glenn Beck. Americans have always been addicted to entertainment and that helped allow these two stars to enter the mainstream. And little by little, mainstream society began resembling them. Hateful. Self-righteous. Intolerant. Frightened. Loud. And disdainful of all that seemed too distant: education, ideas, industriousness. The US became a dysfunctional country that was no longer capable of debate, barely capable of making or sticking to decisions and one that had lost that which had once been its source of strength -- and it found nothing new to replace it, at least nothing novel and good. Were this a company, the diagnosis would be as follows: management has abandoned the core brand and botched the restructuring process; bankruptcy is around the corner.

The entire American democracy has also become an endless show, because CNN and other broadcasters are thirsty for breaking news every hour to ensure good ratings and advertising. Even lies pay off and are thus desired -- the result being that, after 18 months of campaigning, 50 percent of those eligible to vote, 100 million people, still do not know today where Trump and Clinton stand on policy. Instead, people scream "Lock Her Up" and "Build the Wall" as soon as Trump takes the stage. Good politicians don't play along with such nonsense.

And no, it's hardly worth saying anything more about the man. How could the Republicans ever have elevated a candidate like Trump to their throne, one so self-absorbed, so misogynistic, so racist and so unqualified? At the very least, the Republican Party has earned its own downfall.

On Tuesday, voting will finally be complete, but there will be no solace -- only, we can hope, the lesser of two evils. Things won't automatically return to normal. Indeed, the American pendulum theory was always naïve because history never starts over from scratch. The 2000 election, decided by the Supreme Court, gave us George W. Bush who, after Sept. 11, attacked Afghanistan and later Iraq, leading to the destabilization of the Middle East, the fall of Libya, Iraq and Syria, to Islamic State, to Turkish and Egyptian dictatorships, to the refugee crisis, Brexit, Marine Le Pen, Nigel Farage, Frauke Petry and Trump, to the weakening of America and Europe. To the weakening of the West and liberal democracy.

The relationship between these events is not causal, of course. But elections and political action have consequences, as we in Germany well know. And the same could happen in America -- it could commit one irreversible error too many. 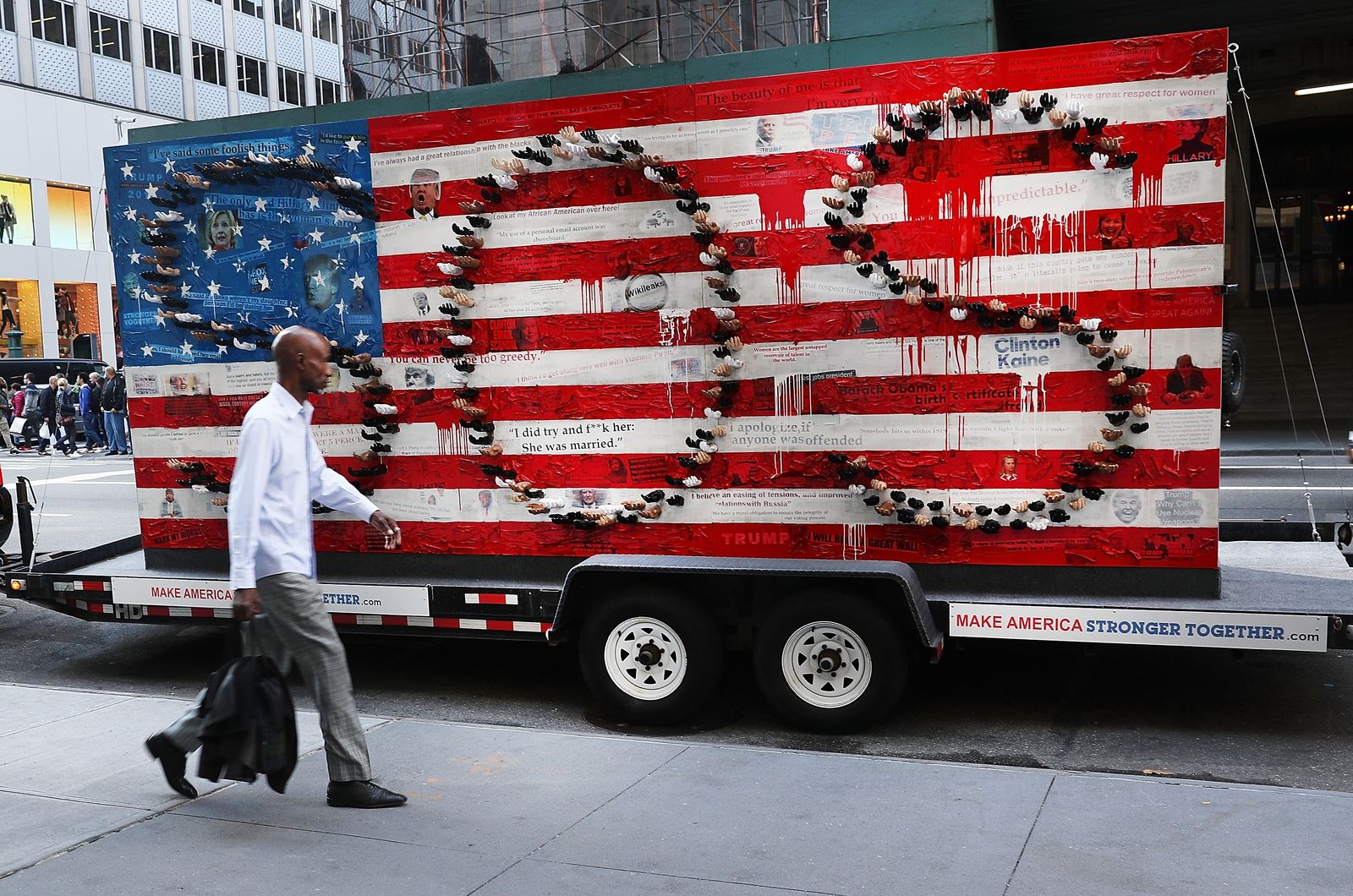 A rolling art installation commenting on the state of politics in America sits in Manhattan.