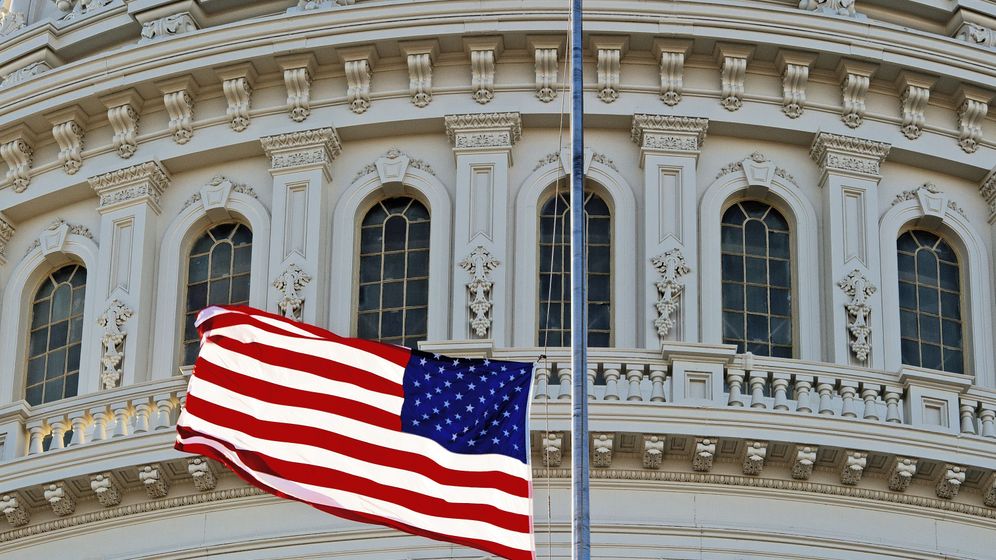 Saturday's assassination attempt on Democratic Congresswoman Gabrielle Giffords is a tragedy, but this tragedy could also present an opportunity in American politics -- a chance to return to a more civil political debate and finally overcome the divisions that have characterized the country since the presidency of George W. Bush. But only hours after the assassination attempt on the Congresswomen, which left six people dead and 14 injured, the debate showed signs of derailing.

Of all people, it is precisely those who have complained the loudest about the culture of debate -- about the rhetoric of the Tea Party, the right wing's harsh words and the baseless Obama-Hitler comparisons -- who are now poisoning the debate with their own baseless insinuations. With little reliance on facts, they began searching for scapegoats for the attack and they found them, selectively, among the right wing, the Tea Party, Republican Party boss Michael Steele and Tea Party heroine Sarah Palin.

The accusations being lodged are grave. "Mission accomplished, Sarah Palin," leftist blogger Markos Moulitsas sneered after the bloodbath. Meanwhile, MSNBC commentator Keith Olbermann called for Palin to be ousted from the Republican Party if she didn't repudiate her role in "amplifying violence and violent imagery in politics." In his column in the New York Times, Paul Krugman sought to link the "toxic rhetoric" coming from right-wing preachers of hate with the assassination attempt. And former member of Congress Chris Carney said Palin should "say she was wrong."

A Year of Political Hatred and Defamation

There is no doubt that 2010 was a bad year for the United States, a year of political hatred and defamation. A year in which it became fashionable to dispute President Obama's American citizenship and to issue threats against members of Congress who voted in favor of sweeping health care reforms. But have Palin and Co., with their words, truly paved the way for a crime like this to be committed? Did 22-year-old suspect Jared Lee Loughner really shoot because Sarah Palin marked crosshairs on a map of electoral districts on her blog where Democrats were facing re-election, including that of Giffords? Did he murder because Palin's Facebook page includes her infamous line: "Do not retreat! Instead - reload"?

The language used by Palin and a few Tea Party supporters is doubtlessly raw and inappropriate, but there is in no way any proof whatsoever that they inspired the crime committed this weekend in Arizona. What little is known about the perpetrator does not suggest that he was a supporter of the Tea Party or an admirer of Palin's -- he doesn't even appear to have any clear political convictions. His favorite books include the "Communist Manifesto," Hitler's "Mein Kampf" and "Peter Pan," an erratic hodge podge. So far, there is no evidence that there were any political motives behind the crime.

Indeed, the massive criticism of Sarah Palin is misguided. This is not only due to the fact that the accusation is baseless, but also because the calculated attempt to weaken Palin in this manner could ultimately backfire.

The reasoning is quite simple: Palin has always profited in the role of victim -- a victim of the liberal elite. Time and again, she has been made fun of -- when, for example, she spoke for the first time about foreign policy during the 2008 presidential campaign, and later when she wrote notes on her hand during speeches and television appearances. But every time people made fun of the Alaska politician or attacked her as being superficial and unqualified, it merely helped deepen the support of her followers. Now, the allegation that she carries partial responsibility for what has happened in Arizona could turn out to do more to help than harm her.

Yet again, she could emerge as a political martyr. 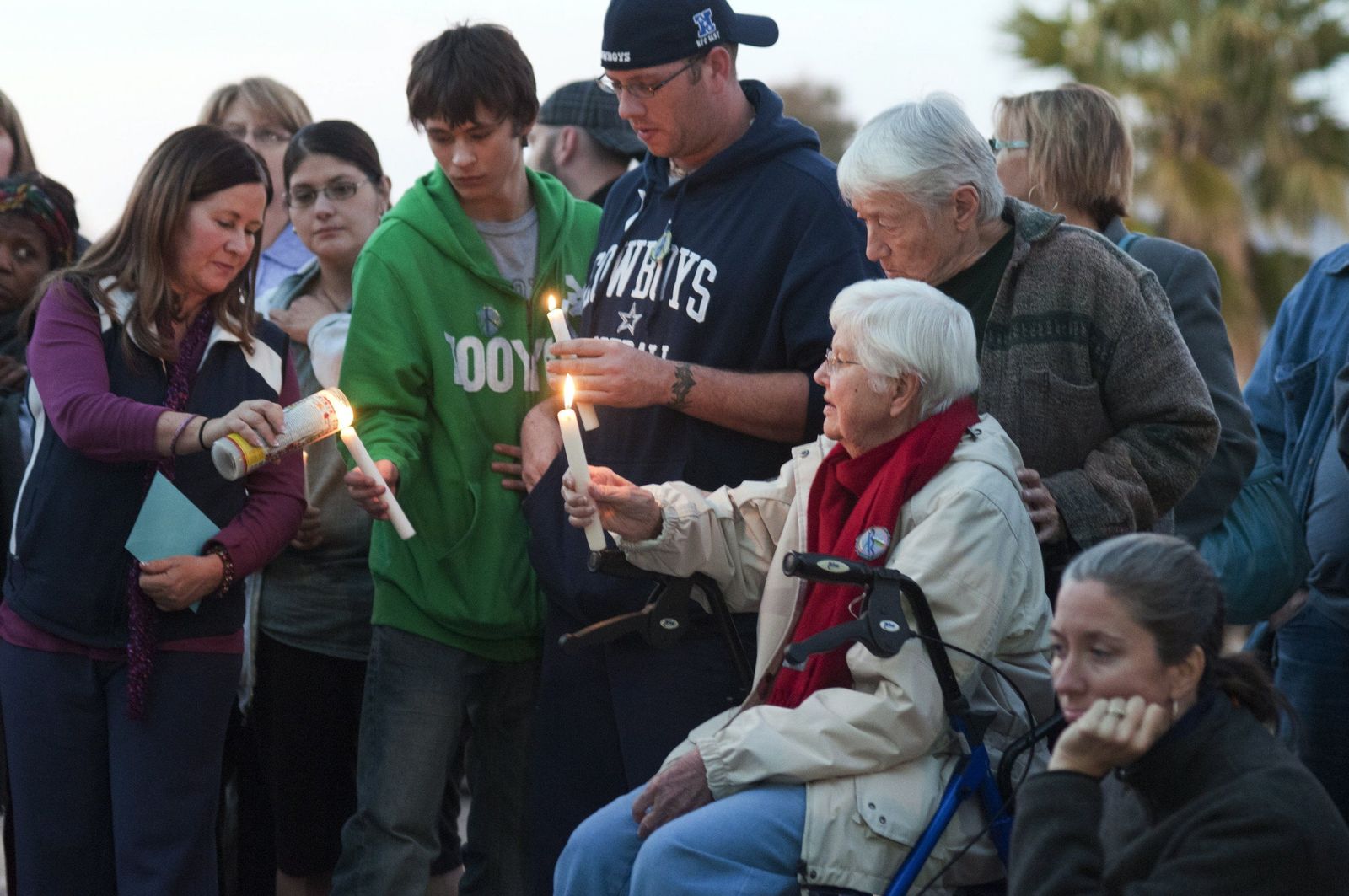 Families and supporters gather at the entrance of Giffords' office in Tucson, Arizona, to pay their respects and pray for her recovery.