SPIEGEL ONLINE: You have called US President Barack Obama's decision to not release more torture photos from Iraq and Afghanistan an "unwelcome and probably futile policy reversal." Why? 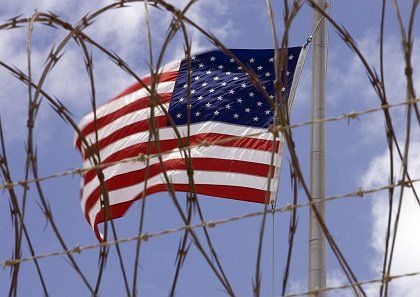 How should the US deal with the dark legacy of the Bush administration?

Joan McCarter: It's an unfortunate reversal of President Obama's executive order on Freedom of Information Act (FOIA) requests, which directed agencies to "adopt a presumption in favor" of granting such requests. On April 23, the Department of Defense said it would abide by the court order and release the photos. That, in my opinion, was the right decision, and it was in keeping with President Obama's promise as a candidate to operate with more transparency than his predecessor. I think the policy reversal is futile because the arguments that (White House) Press Secretary Robert Gibbs said they would rely on in this appeal -- national security and the safety of the troops on the ground -- were roundly dismissed by the court of appeals when the Bush administration tried it.

SPIEGEL ONLINE: But hasn't the US government apologized often enough for the torture incidents?

McCarter: The instigators of this policy have neither apologized nor acknowledged that they operated outside the bounds of law in implementing this policy. A handful of soldiers -- (former US Secretary of Defense Donald) Rumsfeld's so-called "bad apples" -- from the Abu Ghraib scandal are the only individuals who have been held responsible. The content of the pictures is not as important as their symbolism -- at home and abroad. A clean break with the previous administration -- which means not only ending torture, but not covering up for the crimes of the past -- will do more to foster goodwill toward the United States and its troops overseas than trying to continue to hide this evidence.

SPIEGEL ONLINE: Obama is reluctant to push for more investigations or a truth commission. He wants to turn the page.

McCarter: There should be more investigations, not just about how the torture policies were conceived and implemented, but also about how that policy played into the (George W. Bush) administration's efforts to find justification to go to war with Iraq. There have been credible reports in the media resulting from the Senate Armed Services Committee report that Ibn al-Shaykh al-Libi and Khalid Sheik Mohammed were both tortured for intelligence about ties between al-Qaida and Iraq -- in other words, to secure false confessions. There are other issues that need to be explored as well, such as the illegal, warrantless wiretapping of Americans and the politicization of the Department of Justice. There should be criminal investigations into those activities. I think a truth commission could have real value in illuminating for the American people what the Bush administration did in our names. But in order to deter future executive crimes, there should be a criminal investigation and, potentially, prosecutions.

SPIEGEL ONLINE: Obama promised to close Guantanamo but would like to keep a similar prison camp (at the Bagram Air force Base) in Afghanistan open. He released the torture memos but seems unwilling to press charges against CIA officers and the authors of the torture memos. Are you already feeling disillusioned with the human rights record of the Obama administration?

McCarter: I recognize the complexity of the issues that President Obama faced coming to office, and I'm willing to give him time to correct the abuses of the previous administration. So it's too early to say that the Obama administration has a mixed human rights record. It is not off to a good start, but that all can change. And that's what I will continue to press the administration to do: change, just like candidate Obama promised.

SPIEGEL ONLINE: Former Vice President Dick Cheney has accused Obama in a number of interviews of making the US less secure by renouncing tough interrogation methods. The White House has not really found a compelling response yet.

McCarter: The White House is not forcefully countering Dick Cheney's lies and smears against the new administration. By not creating a counter-narrative and by sending such mixed messages as covering up the torture photos, I think the administration is letting Dick Cheney set the message in the traditional media.

SPIEGEL ONLINE: Will there be more uproar on the left about this issue? Can you imagine left-wing groups using modern technology to increase pressure on the White House, like they did in the campaign in support of Obama?

McCarter: I hope there will be continuing pressure from the left, and that could include groups like MoveOn.org organizing online campaigns. I intend to continue to exert pressure where I can on the White House and on members of Congress to investigate and to create legislation to curb some of the kinds of executive power abuses we saw from the Bush administration.

SPIEGEL ONLINE: House Speaker Nancy Pelosi has been arguing in public with the CIA on when and whether she was briefed on tough interrogation methods, such as waterboarding. Does this debate illustrate a certain degree of hypocrisy among Democrats? Some of them might have known about the methods -- but did nothing to prevent them.

McCarter: It's important that we know what all of our leaders, including Democrats, knew about these programs and when they knew it. That said, Nancy Pelosi did not conceive of or implement an illegal torture program. There is much to doubt in the CIA's allegations that any leaders in Congress were briefed completely on the program. If I had to choose who was telling the truth, it wouldn't be the CIA, given its past history.