Every time the double doors of the mosque open, a cloud of stench escapes. This place of worship in the Nasr City district of Cairo has been turned into a morgue. A view through the door shows row upon row of bodies wrapped in white sheets. They lie shoulder to shoulder on prayer rugs.

Some 240 are dead, according to Western photographers who were in the mosque before the person in charge of the place of worship decided it had become too crowded. The dead already have to lie on the ground; they should at least be given a little dignity. What if someone were to step on them in the scramble?

Many of the corpses have been burned beyond recognition, the journalists say. While the protest camps set up by followers of deposed President Mohammed Morsi were being cleared on Wednesday, a mosque holding injured Muslim Brotherhood supporters was set on fire. Many of the wounded were burned alive, explain a group of people weeping outside the mosque. They are waiting to collect the bodies of their loved ones. 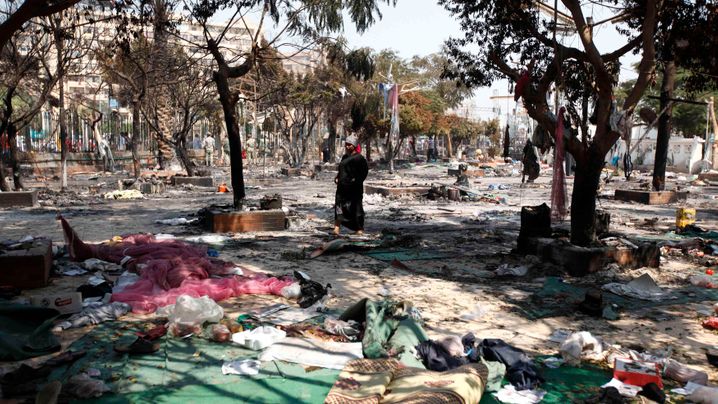 Whether the story that they died in the fire is true or not cannot be confirmed on site. What is certain is that the bodies stored in the mosque will decay quickly in the Cairo heat. The ice blocks aren't helping either, so they lay the bodies on their stomachs and carry them intermittently in open coffins into waiting cars.

How many people died in the brutal clearing of the pro-Morsi camps and the subsequent riots throughout Egypt on Wednesday was still unclear on the following day. In the early afternoon, the Ministry of Health estimated there had been 525 casualties.

The Dead Cannot Yet Be Buried

But only a small proportion of the dead will receive the respect due them. Interior Minister Mohammed Ibrahim attended the funeral of 43 soldiers killed in street fighting. Most of the dead on the side of the Muslim Brotherhood, however, could not be buried.

The city coroner had refused to issue death certificates to victims of the massacre on Wednesday, says Mohammed Abdelatif in the basement of the mosque. "None of the dead upstairs got a certificate," says the pharmacist who works at a local field hospital. But without a certificate, the dead cannot be buried, which is why they are laid out in the mosque until further notice. A clerical delegation is negotiating with the army and the interim government so that the bodies can be collected as soon as possible.

To understand what that means for the affected families, one has to have witnessed the mourning rituals of the Middle East. They are dictated by the climate: The deceased are often buried on the day of their death, the next day at the latest. Allowing the deceased to lie in the open for several days, as is commonly done in Europe, is unthinkable here.

The fact that they can't bury their dead immediately is seen by those gathered in front of the Iman Mosque as the ultimate form of harassment. "They are insulting us even in death," says one man with piercing blue eyes. "They are forcing us to put our brothers on ice like fish," another says. In the background, a desperate woman emits a loud, high-pitched wail; her husband is lying inside, on the floor of the mosque.

'Sissi is a Murderer'

One of the largest morgues in the city is located in a wing of the Zenhum hospital. At noon on Thursday, hundreds of family members were milling about at the entrance, all of them looking for the same thing: a death certificate. "My nephew is in there. My sister has been fighting since this morning to be allowed to bury her son," says Rida Abdelnagib. Next to her are the dead man's sisters. "They offered to give out death certificates if they accept that the cause of death is listed as suicide," the youngest one says. "We won't do that."

"Army head (Abdel Fattah el-)Sissi is a murderer and my brother's death certificate should show that," her older sister says. In contrast to their aunt, they decline to give their names. Many in Egypt have become fearful.

The apparent attempt to delay the burials of Morsi's followers may be an effort to calm the situation. Every funeral procession presents new dangers and a potential for violence. Gedad el-Haddad, the Muslim Brotherhood spokesman, said on Thursday that the fury of Morsi's followers is "out of control" following the violent excesses seen on Wednesday.

Events have confirmed that assessment, with Morsi followers storming a government building in Cairo on Thursday afternoon and setting it on fire. In Alexandria, protest marches took shape following midday prayers. In Cairo, the Muslim Brotherhood has called for demonstrations against police violence.

It would be a miracle if, on Friday morning, Egypt's mosques didn't hold yet more dead. 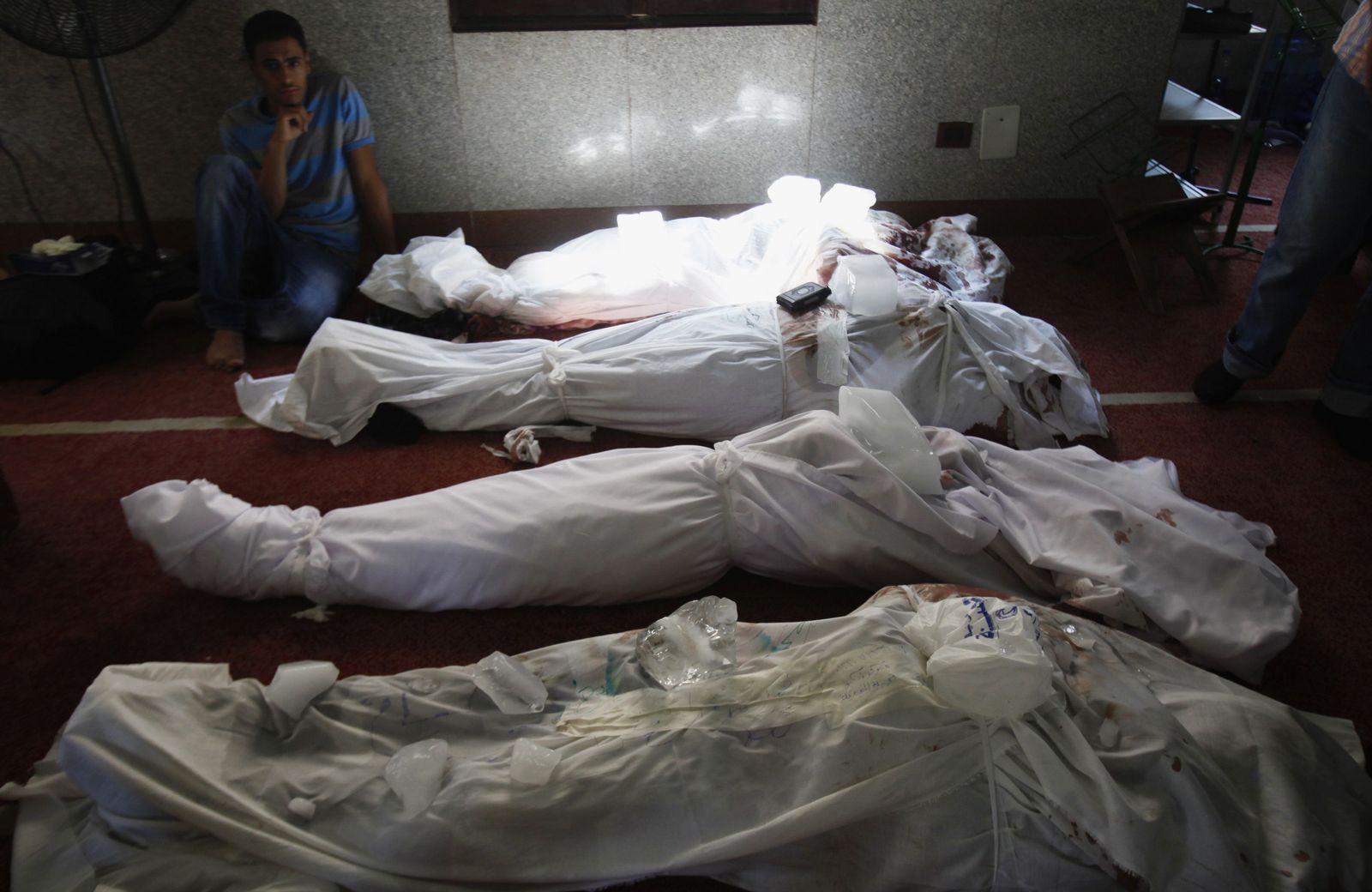 The morgues, and mosques, were full of the dead on Thursday.