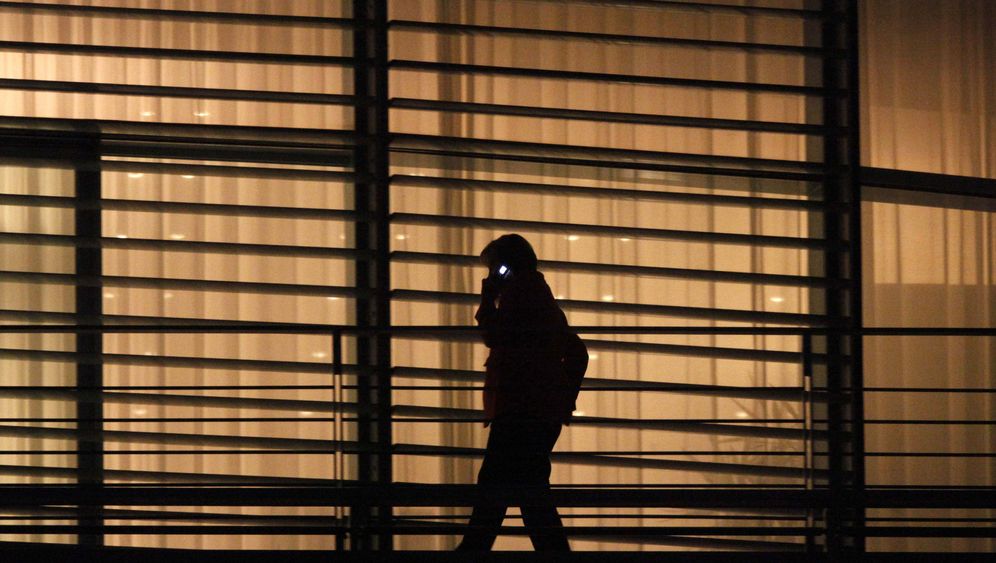 Leading politicians and media commentators in Germany expressed serious concern on Thursday following allegations that US intelligence agencies had tapped Chancellor Angela Merkel's cell phone. Merkel's spokesman confirmed that she placed an angry call Wednesday night to United States President Barack Obama to discuss the suspicions, which arose from an inquiry by SPIEGEL.

The news agency Reuters reported that representatives of both Merkel and French President François Hollande said the two would have a one-on-one meeting on the US spying issue Thursday afternoon before the start of a two-day EU summit in Brussels.

And the German Federal Prosecutor's office in Karlsruhe is also looking into the new allegations of US spying, setting up a so-called "monitoring process," and requiring the appropriate federal agencies to supply them with relevant reliable information. The agency started a similar process at the end of June to look into possible activities by the NSA in Germany. That process is still ongoing, a spokesman said.

Claudia Roth, the outgoing co-leader of the German Green Party, told SPIEGEL ONLINE that the alleged bugging of Angela Merkel's cell phone is a "terrible, terrible scandal" that will lead to a "meltdown" in German-US relations.

"It is impossible to negotiate when the other side of the table knows all the strategy," she said, adding that the allegations, if proven, are a more extreme invasion of privacy than those imagined in George Orwell's 1984.

Sharp criticism also came from German Defense Minister Thomas de Maizière. "If what we are now hearing is true, that would be really bad," he told broadcaster ARD. "The Americans are and remain our closest friends, but this is completely unacceptable."

De Maizière went on to say that he had assumed for years his own phone had been tapped. "However, I did not expect the Americans," he added. Asked about possible effects on US-German and US-European relations, de Maizière said: "We can't simply return to business as usual. There are allegations in France, too." Diplomatic relations between France and the US have been strained following reports that millions of French calls had been monitored by US intelligence agencies.

'Our Fears Have Been Confirmed'

"The allegation shows once again that our fears have been confirmed," said Thomas Oppermann, chairman of the Parliamentary Control Panel, which is responsible for monitoring Germany's federal intelligence services. "The NSA's monitoring activities have gotten completely out of hand and evidently take place beyond all democratic controls," continued the center-left Social Democrat, who called an emergency meeting of the Control Panel for 2 p.m. on Thursday.

Oppermann said the allegations of US spying would be an issue during the talks surrounding the building of a governing coalition with Merkel's Christian Democrats (CDU) and the Christian Social Union (CSU). "The protection of citizens in the digital age will be one of the important topics," Oppermann said Thursday in Berlin. If the allegations are true, he said, it would be a "clear violation of German interests."

German Justice Minister Sabine Leutheusser-Schnarrenberger has called for Merkel's government to suspend the SWIFT deal between the EU and US, which governs the transfer of some bank data from the EU to anti-terror authorities in the United States. "The new suspicion exceeds all bounds. The NSA affair is not over," she said, calling for EU bodies to "decide quickly" on the matter.

German media commentators also reacted angrily on Thursday. "A greater affront by a friendly country is hardly conceivable," wrote the prominent center-left Süddeutsche Zeitung in a front-page commentary that criticized Merkel's government for initially downplaying the US spying scandal. "But the new allegations also cast a new light on Obama and the US intelligence community. During his visit to Germany, the US president grandly promised a trustful cooperation. But even Merkel now seems to have lost her belief in that. It's hard to even imagine how Obama's intelligence services deal with hostile states when one sees how they behave toward their closest allies."

The conservative Frankfurter Allgemeine Zeitung cautioned readers that nothing had yet been proven regarding the chancellor's mobile phone, but it also emphasized the extent to which the US spying scandal has already damaged diplomatic relations. "As Obama's cool reaction shows, the government in Washington has apparently not yet understood the level of damage that continues to be caused by the activities of American intelligence agencies in Europe. They have diminished the trans-Atlantic relationship -- even to a major degree."

Outrage Ahead of EU Summit

Elsewhere in Europe, other editorialists also reacted with outrage to the latest spying allegations. Conservative Paris daily Le Figaro called the news "a warning shot in the direction of the US and a call for a resolute response from the EU. Europe is not discovering the NSA wiretapping scandal now. But with a personal accusation from Angela Merkel, the matter takes on a spectacular new scale."

Even if the cell-phone allegation turns out to be false, writes right-leaning Milan daily Corriere della Sera, "it doesn't change anything of the substance. ... The real central issue is that a threshold has already been crossed. No one can and must be indignant that a global power like the US has such an efficient information-gathering service. But, in the sensitive area of security, the monstrous possibilities offered by modern technologies oblige states to work alongside friendly and allied countries with the maximum degree of coordination, with respect to the limits and rules that should govern such activities."

"With each leak, American soft power hemorrhages, and hard power threatens to seep away with it," wrote Britain's left-wing Guardian newspaper on Wednesday evening. The commentary went on to question what it means "to be an American ally in the 21st century."

The revelations are likely to overshadow the other issues on the agenda at an EU summit due to take place Thursday afternoon in Brussels. The summit was originally meant to address Europe's economic recovery and immigration, as well as the EU's digital economy and innovation. Now, however, it's quite likely American spying in Europe will steal much of the spotlight.