The suicide bomber who blew himself up in front of the US Embassy in the Turkish capital Ankara on Friday had been known to German criminal investigators for years.

The Federal Prosecutor's Office had been investigating Ecevit S. since early 2011 because it suspected him of being a member of a foreign terrorist group. A spokesman for the office said S. was suspected of having been a member of the left-wing extremist group "Revolutionary People's Liberation Party/Front" (DHKP/C), which is banned in Germany.

S. is accused of having helped to obtain funding for the organization. But the prosecutor's office said it had had no information about his whereabouts or activities since mid-October 2012.

S. is believed to have lived in Germany for years. The Berlin state prosecutor's office had investigated him in 2009 after he was found to be in possession of leaflets and other publications by DHKP/C. But proceedings against him were dropped.

Ecevit S., born 1973 in Gölköy on the Turkish Black Sea Coast, gained prominence when he staged a hunger strike in a Turkish prison in 2000. He was among inmates protesting against the construction of five new prisons. In October 2000, they were to be relocated from conventional dormitory wards to new buildings with modern single and three-man cells. Fearing that this would lead them to be subjected to abuse and torture by prison guards, some 250 prisoners barricaded themselves in and went on hunger strike.

After 174 days -- the army had ended part of the revolt with tanks and bulldozers -- Ecevit's family expected him to die. At the time, German daily Die Tageszeitung quoted Ecevit's brother as saying: "When I went into the prison, my brother could no longer see. He was sick and lay in bed. (…) I waited for news that my brother was dead."

Ecevit survived the hunger strike, physically and psychologically scarred. After he was released, he moved to Germany. Leftists invited him to a conference in Munich to speak about the hunger strike.

Last Friday, he detonated a device consisting of a hand grenade and six kilograms of TNT in front of a side entrance of the US Embassy. He killed himself and a Turkish security guard.

DHKP/C is virulently anti-American and accuses Washington of using Turkey as its "slave." The group claimed responsibility in a statement on the Internet in which it described Turkish Prime Minister Tayyip Erdogan as a US "puppet". 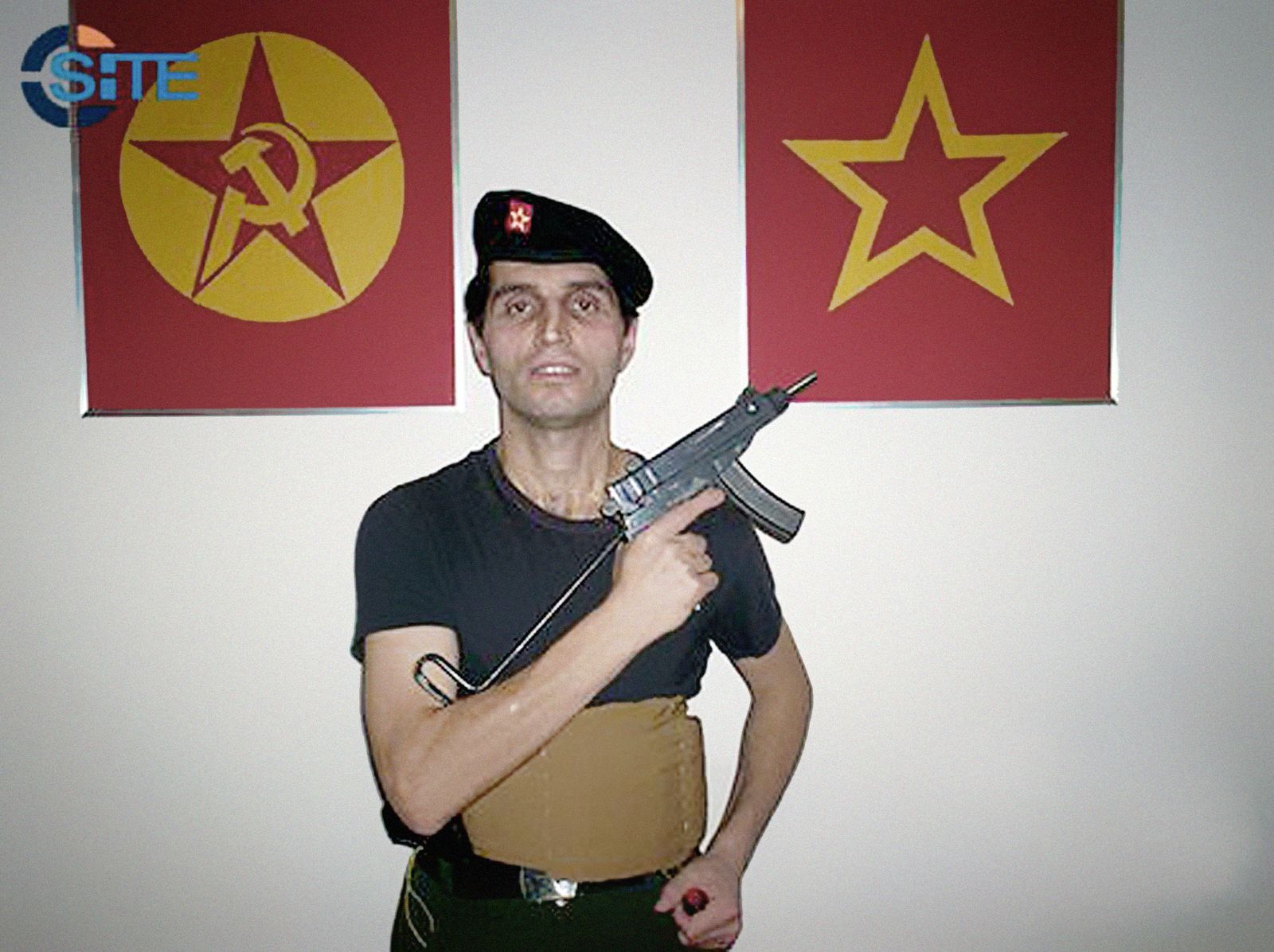 A photo of suicide bomber Ecevit S. on the website of leftist group Revolutionary People's Liberation Party-Front (DHKP-C), which claimed responsibility for Friday's attack in Ankara.