We wanted to leave as soon as we heard the news. But back in that now impossibly distant era of fuel shortages, pointless regulations and bad roads, it was not so easy to drive a car from Warsaw to Berlin. By the time we arrived, it was the night of Nov. 10, 1989 -- or rather, very early on the morning of the 11th. East Berlin was dark, lit only by eerie, orangey streetlights, and mostly silent. Without a map, we drove straight to the city center, through Checkpoint Charlie -- the guard let us through, against the rules, after we shouted at him: "The Wall's open, who cares about the rules?" -- and arrived at the Brandenburg Gate.

We were late to the party. The champagne corks had stopped popping; instead of cheering, the crowd was taunting the East German guards, still dressed in riot gear, who were still standing along the border. One man suddenly stood and jumped off the Wall, from the west to the east. Immediately, the guards rushed over, picked him up and threw him back over. The crowd hissed. This wasn't a cheerful game: The established order had broken down, men with guns -- and without clear orders -- were facing a hostile crowd.

This was the moment when something violent could have happened -- and it almost did. Years later, a German historian told me what he had read in Party documents: The men of the East German Politburo had debated whether to shoot at the crowd along the Wall.

They did not shoot. Nor did they shoot in Leipzig, although the hospitals were told to prepare for casualties. There was no violence at all in Germany in 1989. Instead, the East German state just gave up. It did so in part because the regime had lost confidence, and was no longer willing to use violence to stay in power. But it also gave up because it was inexorably drawn to West Germany. The attractions were clear: West Germany was peaceful and rich, open and generous, an integral part of a great Western, democratic alliance. Even from the very first days, unification seemed obvious: Why would anyone want anything else? And with amazing speed, it happened.

That midnight trip was the beginning of my relationship with Berlin, a city whose archives I've since worked in and whose politicians I've since interviewed, a city where my son chose to spend this past summer, studying German. A lot has changed over the past three decades. The city I saw in November 1989, with that surreal empty space at its center, looks nothing like the city that I know today. Bureaucrats and politicians now jostle with the hipsters -- and even the hipsters seem a lot busier and better dressed than they used to be.

Now Is the Time for German Leadership

I realize that might sound like an odd thing to say right now. If anything, Germany's claim to be an integrated member of the Western alliance has never been stronger. Some even speak of Germany as the West's new leader. As Donald Trump's America turns inward, possibly abandoning its free trade agenda and its longstanding commitment to democracy, Germany seems like a possible replacement. A poll taken in 2013 showed Germany to be the most admired country in the world; Chancellor Merkel is one of the most trusted public figures in Europe. Germany's public commitment to environmentalism, multilateralism and human rights give Germany moral standing; Germany's industrial strength and export clout have given Germany economic power as well.

Anne Applebaum, 53, is an historian and respected expert on Russian affairs. She received the Pulitzer Prize in 2004 for her book "Gulag," about Soviet labor camps. She writes regularly for The Washington Post and Foreign Policy and is married to former Polish foreign minister Radoslaw Sikorski.

But in a world where American power is weakening and authoritarian powers are rising, how long can this last? From 1945 to 1989, the American army gave West Germany the safety and security to develop its unique political culture. But now there are many, many countries, including some right on Europe's borders, that don't share reunified Germany's national commitment to pacifism and non-violence. And there are many, many reasons to doubt that America will confront them. Trump may be an aberration, but he does reflect a very real American exhaustion, and real American doubt about the worth of the trans-Atlantic alliance. Germans should have a plan to deal with threats in America's absence. Right now, you don't.

At the very least Germany, by itself, lacks the military power and therefore the foreign policy clout to keep Europe safe from future Russian aggression; to help bring peace -- and thus an end to the refugee crisis -- to the Middle East; to do anything about the reconstruction of Libya except talk about it. Germans once confronted the problem of unification, and they spent time and resources on solving it. But when it comes to problems in the wider region, Germany has been absent.

Instead, Germans sometimes seem determined to pretend they don't exist. President Trump has been rightly criticized for his verbal attacks on NATO, but German politicians have also helped undermine the West's defenses. In 2013, Russian jets simulated an attack on Stockholm; in 2016, Russia transferred nuclear-capable missiles to Kaliningrad, in range of Germany. Yet when NATO announced a series of military exercises in Europe in that same year -- designed to deter Russian intervention -- Foreign Minister Frank-Walter Steinmeier denounced them as "warmongering." More recently, Foreign Minister Sigmar Gabriel has made Germany's defense budget into an electoral issue. Given the poor condition of Germany's armed forces, the Bundeswehr, this seems extraordinarily irresponsible.

Nor is the problem merely one of military defense. Today's authoritarian powers, whether in Islamic State (IS) or the Kremlin, are more sophisticated than the Soviet state that once occupied the eastern half of Germany and that built the Berlin Wall. They seek to recruit supporters or impact politics through social media. Wealthy foreigners, Russians as well as others, seek to shape German policy and opinion through money and corruption. You are rightly proud that rule of law is so strong in Germany -- but of course it can be undermined here, just like anywhere else, if you are not vigilant in defending it. But vigilance requires knowledge: Before you can defend against a challenge, you need to realize that it is under attack, and I am not sure that Germans do.

I can understand the historical reasons for Germany's reluctance to think about confrontation. And I respect them: As I've said, the postwar Federal Republic's belief in the non-violent resolution of conflicts, its conviction that problems can be resolved through institutions is the most admirable thing about it. But that is no excuse for naivete. If Germany does not want a powerful army, it should still, as a matter of urgency, work with the institutions it has built, most notably the European Union, and especially with France and even Britain (this might be a way to give Britain a future European role) to create a multinational European force that can be deployed in defense of Europe's borders, and in Europe's name, at any time. It could be part of NATO, and should work with NATO. But the era of total dependence on the U.S. military is over.

The same is true in the sphere of cyberdefense and information warfare. Germans worry a great deal about American cyberspying, even though there is no evidence that the United States, even under President Trump, seeks to undermine the German political system. By contrast, there was very little outcry when Russian hackers stole thousands of documents from Germany's parliament, the Bundestag. The purpose of that theft could only have been political: The Russian government wanted information on the German political system precisely in order to try to help shape it. We know about Russian efforts to corrupt and manipulate political life in Poland, in the Czech Republic and Ukraine -- and now, of course, the United States.

Here too, Germany does not have to tackle these issues alone: in Scandinavia, in central Europe and, particularly since the recent election, in France, Germany will find partners, both in online counterterrorism and in counterdisinformation. But while it's true that the best responses will be European responses, it's also true that they require Germany, Europe's richest country -- and its most admired country -- to lead them. Or at least to co-lead them. And this, I know, will require an effort of imagination on the part of many Germans. But this is not the moment to become complacent: As in 1989, if you want to keep what you have achieved, you will have to change. 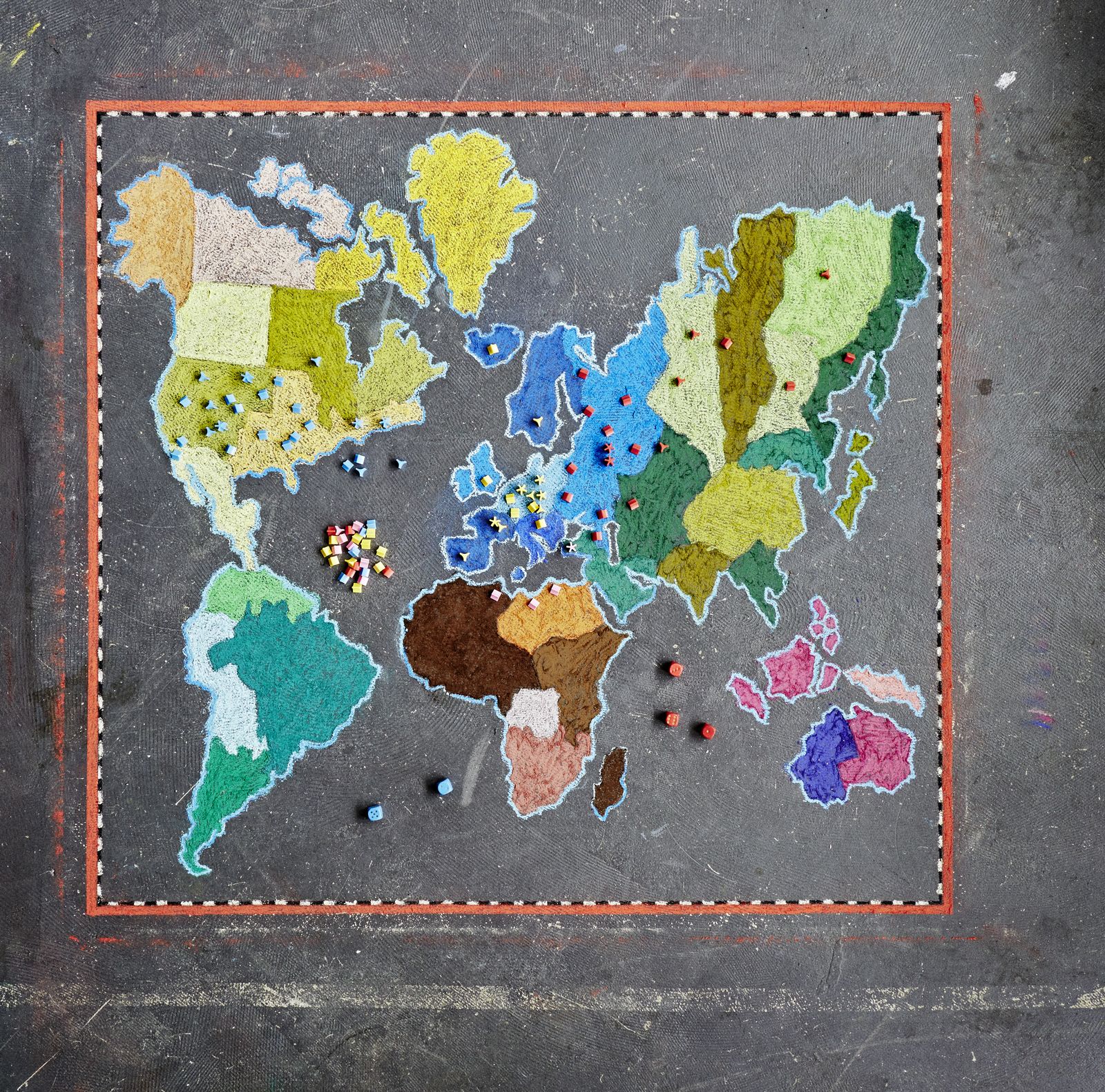