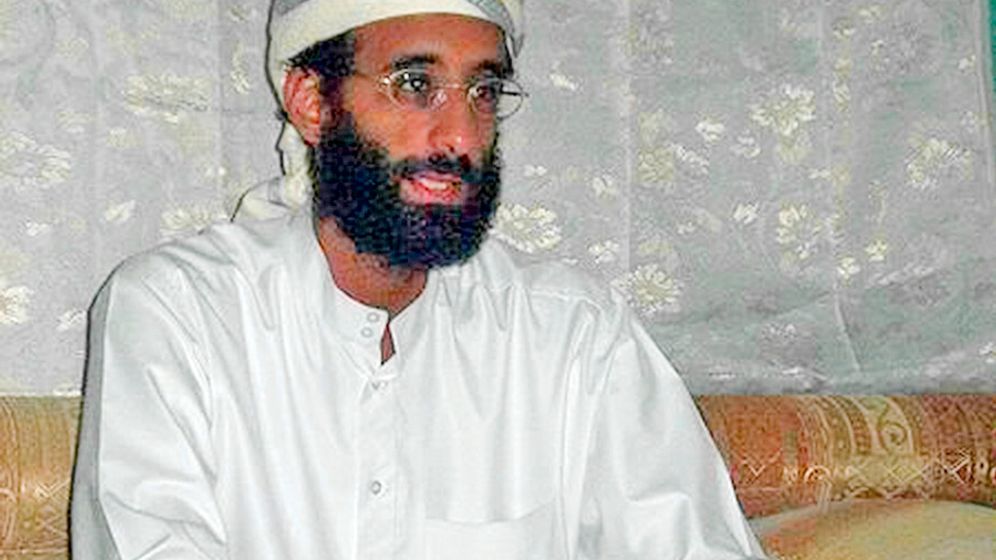 In January 2009, Anwar al-Awlaki supposedly had a chance to get out. According to information obtained by SPIEGEL ONLINE, Yemeni government intermediaries had secretly conveyed an offer to the jihadist hate preacher granting him amnesty if he only said a single sentence: "I do not belong to al-Qaida."

At the time, al-Awlaki had already been hiding in the vast Yemeni desert for a while. But he refused to say the sentence. Since then, the 40-year-old has been hunted by both the Yemeni military and the United States.

Now, a range of media sources are citing Yemeni and US government officials as saying that al-Awlaki was killed on Friday in an air strike. But it is still unclear exactly who really launched the strike, though presumably it was a US drone that brought him down.

Still, neither members of al-Qaida in the Arabian Peninsula (AQAP) nor al-Awlaki's locally important and influential family have confirmed reports of his death.

Samir Khan, a young American of Saudi origin, was apparently killed alongside al-Awlaki. Khan is thought to have been the publisher of the English-language online magazine Inspire, launched by AQAP. Khan had relocated to Yemen over a year ago.

At this time, it is unclear whether the people behind the attack knew it was likely to kill Khan as well. Although Khan had yet to be implicated in any terror plots, he is thought to have been trying to recruit terrorists and instigate attacks.

If the reports are true, then AQAP has lost its most important propagandist. Indeed, since al-Awlaki was a figurehead for the entire al-Qaida network, his death could have effects far beyond the Arabian Peninsula. Having been born and raised in the United States, al-Awlaki could speak English just as well as Arabic. For years, he has made good use of his fluency in English to incite potential recruits and attackers to wage jihad in the name of al-Qaida.

Indeed, al-Awlaki was successful in these efforts. US Army psychiatrist Maj. Nidal Hasan told investigators that he had corresponded with al-Awlaki before going on a shooting rampage on the Fort Hood military base in Texas in November 2009. Thirteen were left dead in the attack.

Al-Awlaki also went on tape and boasted of having been the "teacher" of Umar Farouk Abdulmutallab, the Nigerian student who launched a failed attempt to bring down a US airliner as it approached Detroit on Christmas Day 2009. Even Faisal Shahzad, the Pakistani-American who unsuccessfully attempted to detonate a car bomb in New York's Times Square in May 2010, had been in contact with al-Awlaki. His sermons also inspired a militant Islamist in Great Britain to carry out an attack on a member of parliament. Several other terror suspects in the US also exchanged e-mails with al-Awlaki.

In February 2011, two German jihadists claimed they had al-Awlaki to thank for their careers as terrorists. The two natives of the western German city of Bonn, who have been living in a region on the Afghan-Pakistani border for several years, say they had the "great honor" of meeting al-Awlaki in Yemen and spending "precious hours" with him. Al-Awlaki's people then dispatched the two to Waziristan, one of them claimed.

Ironically enough, despite all his efforts in support of al-Qaida, al-Awlaki had never become a formal member of the terrorist organization or its branch in Yemen. Indeed, it's unclear whether he ever swore the "bai'a," the oath of allegiance necessary to become a member. The first time he showed up in an official AQAP video was in May 2010 -- and that was only as a kind of interview guest.

At the same time, however, he was an eager contributor of articles to Inspire, the online magazine directed toward potential recruits in the West. For example, he explained in his writing that one didn't need a fatwa to kill Americans, announcing that: "We will bomb and we will kill."

He said that execution was "medicine" for the artists whose caricatures of the Prophet Muhammad were published in a Danish newspaper in 2005, sparking outrage across the Muslim world. At the same time, he included a black list of undesirable individuals, including Europeans such as Danish cartoonist Kurt Westergaard and Dutch Islamophobe politician Geert Wilders.

Al-Awlaki was born in the US state of New Mexico on April 21, 1971 and would spend the first six years of his life there enjoying a typical American childhood complete "with hamburgers and Christmas trees," a close relative once told SPIEGEL ONLINE. Then, in 1977, his family returned to Yemen. But the young Muslim eventually went back to the US, where he attended George Washington University in Washington, DC. He became a student imam at 23, which entitled him to free tuition.

Just a Mouthpiece - or an Attack Planner, Too?

In the following years, two 9/11 conspirators were counted among his followers, but how close their relationship was remains unclear. Since 2001, however, al-Awlaki became more radicalized, recording and distributing sermons, starting a blog and making himself available for consultation via e-mail.

Al-Awlaki came from a prominent family; his father was a government minister in Yemen. After al-Awlaki returned to Yemen, presumably because things had gotten too hot for him in the US, he reappeared in AQAP circles. Still, his relatives insisted he was simply a successful missionary.

What is sure is that propaganda was his primary activity. The US terrorism expert J.M. Berger estimates that al-Awlaki recorded more than 100 hours of his sermons, or much more than Osama bin Laden did. Nevertheless, some experts and intelligence analysts have suspected that al-Awlaki could have also played a role in AQAP attacks, as well.

Last year, Norwegian expert Thomas Hegghammer put together a powerful chain of circumstantial evidence supporting this theory. After an unsuccessful AQAP attempt in 2010 to blow up two cargo planes, a specifically unnamed "chief of external operations" described preparations for the attack in the organization's online magazine. Hegghammer is convinced that al-Awlaki wrote this text. For one thing, it includes allusions to the Muslim history of Andalusia, a known hobby of Awlaki's. There is also a reference to Charles Dickens' novel "Great Expectations," which was used in one of the explosive devices as camouflage, and which al-Awlaki had reviewed years before on his blog.

After the death of Osama bin Laden, there were reports from Washington that among the data found at the al-Qaida chief's hideout in Pakistan was traces of a correspondence with AQAP head Nasir al-Wahayshi in which he suggested to Bin Laden that al-Awlaki replace him as the AQAP's leader. Bin Laden reportedly refused. But the offer, if authentic, at least speaks to al-Awlaki's growing importance within AQAP.

Still, AQAP will continue to function without al-Awlaki. The group has hundreds of fighters, many of whom have much experience. In addition to several extremely hardened former Guantanamo inmates, they also include at least one expert bomb maker.

Al-Awlaki was a boon to AQAP, and his death is their loss. But AQAP's survival doesn't depend on him. Though al-Awlaki didn't have any relevant combat experience, his death will especially affect AQAP's ability to create and disseminate propaganda. The figurehead is now gone, and the loudspeaker has been turned off.

Al-Awlaki's death is also a loss for al-Qaida's overall leadership because his successful propaganda found its way into all parts of the network. Nevertheless, persistent speculation that al-Awlaki was the successor to Osama bin Laden was groundless. He was not important enough or experienced enough for that, nor was he sufficiently well-connected.

In US counterterrorism circles, the attack against al-Qaida will surely elicit a great sense of satisfaction. Although it isn't the first time that terror suspects carrying US passports have been killed by US drones, the attack reportedly brought down two birds with one stone. However, though convenient, it might reignite the debate over whether the US president, the CIA and the US military have a sufficient legal basis with which they can justify these targeted killings. 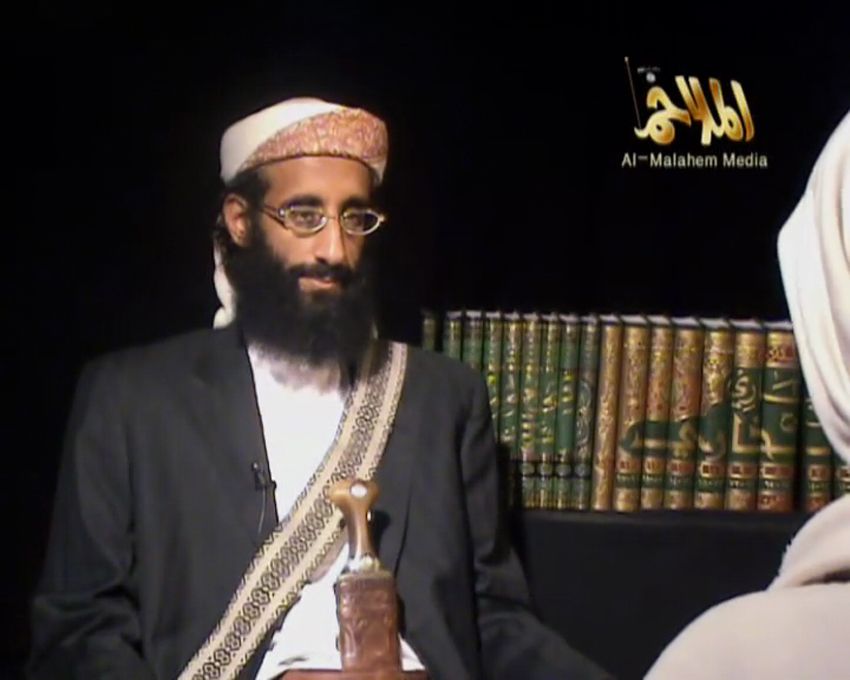 Anwar al-Awlaki spent part of his childhood in the United States and returned there to study at three separate universities. This frame grab shows al-Awlaki in an al-Qaida video.