SPIEGEL: Since the beginning of your online campaign, more than 25,000 Turks have signed a statement apologizing for war crimes committed by the Ottoman Empire during World War I. More than a million Armenians lost their lives in the catastrophic events, which began in 1915. Is this the beginning of a critical examination of the past? 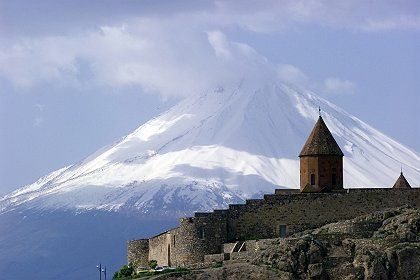 Baskin Oran: The Turks who are now apologizing are not responsible for the sins of 1915. There is no collective crime, but there is a collective conscience. With our campaign, we are eroding one of Turkey's biggest taboos. But still, the campaign is coming decades late.

Oran: I disagree. I think that our image abroad will actually improve. Beyond that, though, it is the grandchildren of the Armenians who should finally hear an apology -- in a country like Turkey, where there is no "culture of apology."

SPIEGEL: What effect will the campaign have on Turkish-Armenian relations?

Oran: The majority of Armenians welcome our initiative. But there are hardliners who criticize our petition for not specifically using the word "genocide." They are afraid that our apology could foil Armenian demands for reparations. Such people merely see us as lackeys of the Turkish state.

SPIEGEL: What kind of reactions have you received from Turkish citizens.

Oran: Unfortunately, they have mostly been negative. Every day, I personally receive around 200 pieces of hate mail. Many accuse me of having insulted the Turkish people. But one has to bear in mind that every child here learns that Armenians killed Muslims. Our education is to blame for the country's collective amnesia. In eastern Turkey, though, it is true that, in the past, many people did suffer from Armenian revenge attacks.