The information emerging about the visit of Arab League observers to Syria is alarming -- but not because they plan to pointedly pursue the accusations against the regime of President Bashar Assad. Instead, it's because the first statements made by its leader, Sudanese Lt. Gen. Mustafa al-Dabi, are scandalous.

Speaking in the insurgent stronghold of Homs, he said that some areas looked "a bit of a mess," but otherwise he'd seen "nothing frightening"

While Dabi also said the mission to Syria would require more time, the fatal aspect of his statement is that it sounds dismissive, even if perhaps that's not how it was meant, even if the observers didn't witness a massacre that day, and even if he was trying to acknowledge the regime's promised withdrawal of the military from the area.

His statements set off alarm bells for parts of the Syrian opposition. They fear that Assad will be whitewashed, or that the regime in Damascus will be able to lead the observers only to places where no human rights violations are apparent. It seems inconceivable that the Arab League has praised Dabi for his diplomatic experience. This is exactly the kind of situation where making light of things should be avoided.

Abandoning Demands on the First Day

There are also other indications that the Arab League emissaries have been unprofessional. News agency Reuters quoted a Homs resident on Wednesday as saying that observers declined to investigate a hard-hit district of the city without the accompaniment of a Syrian military official. If that's true, the Arab League, on the first day of its mission, has made a mockery of its central demand -- free, unfettered access to the entire country.

If the emissaries fear the public, they're in the wrong place. That's even more the case if they're worried about spoiling things with the Syrian army.

Officially, the Arab League has taken a hard line against President Assad, threatening him with sanctions. After weeks of tricky maneuvering, he finally let observers into the country, a place where serious estimates put the number of civilians killed at some 5,000, and where thousands of opposition members are thought to be imprisoned.

The Arab League, long considered a paper tiger rather than a powerful body, had appeared to be empowered. But its first mistake was putting a controversial former Sudanese general in charge of the mission. He is suspected of looking the other way during the mass murders and expulsions that took place in the crisis region of Darfur.

The Arab League is in danger of instantly squandering its newfound capital -- and of looking like overwhelmed amateurs. Bashar Assad and his clique are shrewd. While the president's troops massacred civilians, he appeared several times on state television, promising dialogue and reform with a smile.

If the Arab League officials don't quickly and convincingly make clear that they are seeking to expose the truth, that they distrust this regime, that they insist on moving around independently, that they are listening to those affected by the brutal crackdown, and that they are unbiased, then the mission is useless. In that case, valuable time will be wasted that could have been better spent applying more international pressure or pushing for hard sanctions. 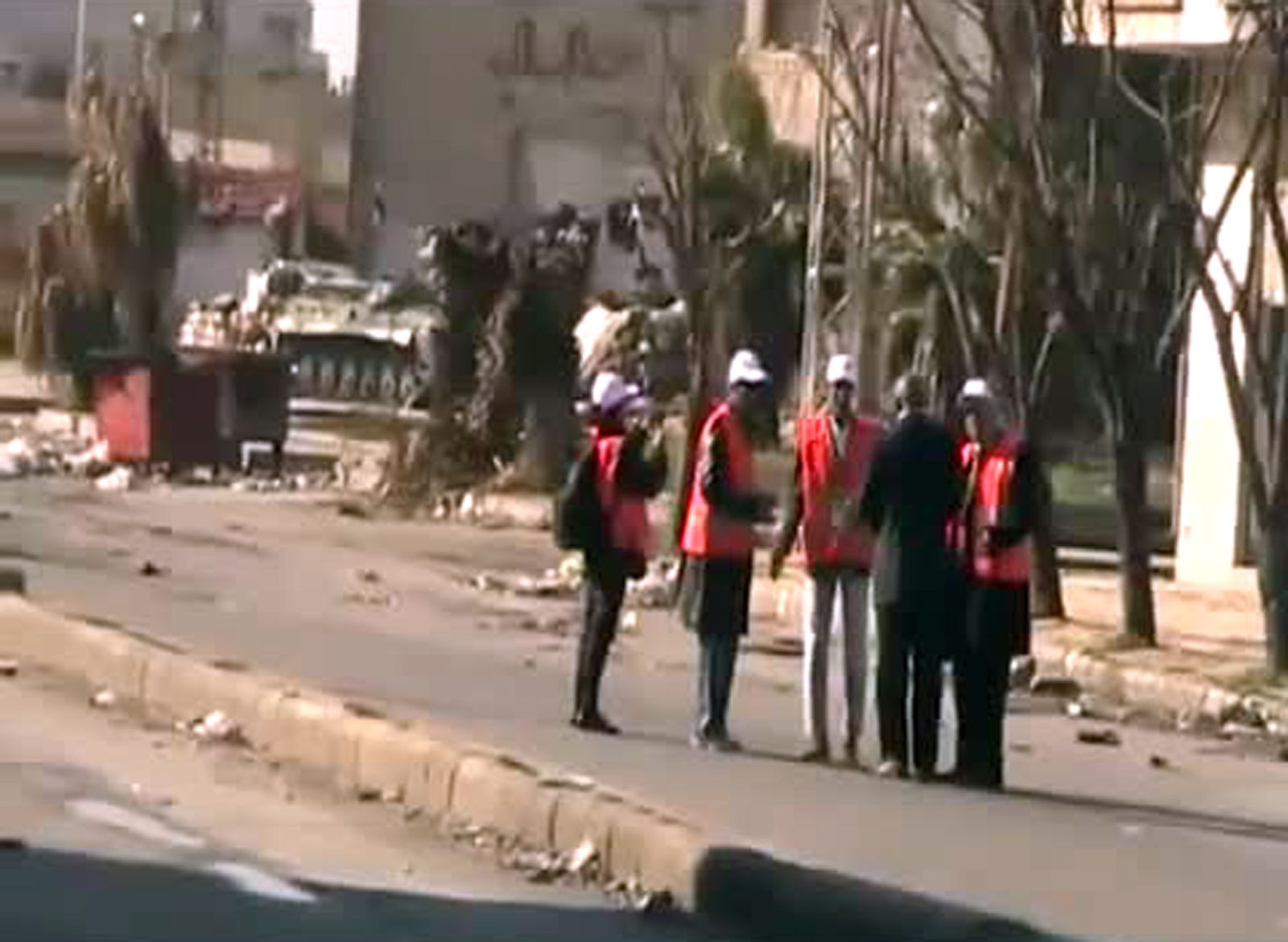 An video grab of Arab League observers in Homs on Dec. 27.