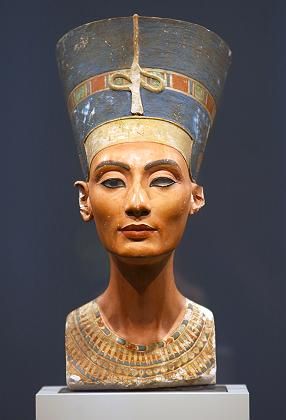 The Egyptian Museum in Berlin is concerned that it may face fresh demands from Egypt that it return the world-famous bust of Queen Nefertiti following the emergence of new information on how Germany got the priceless ancient artwork.

SPIEGEL has seen the contents of a document written in 1924 in which the secretary of the German Oriental Company (DOG) gave an account of a meeting on Jan. 20, 1913 between a senior Egyptian official and German archaeologist Ludwig Borchardt, who found the bust during a dig in 1912.

The secretary had been present at the meeting which was called to divide up the spoils of the dig between Germany and Egypt on a 50-50 basis. Borchardt, the witness noted, "wanted to save the bust for us" and to that end presented a photograph that didn't show Nefertiti in her best light.

The bust lay already wrapped up in a box in a dimly lit room when Egypt's chief antiques inspector, Gustave Lefebre, perused the various artifacts found in the excavation. It's unclear whether Lefebre went to the trouble of lifting the bust out of the box. In order to further mislead the inspector, Borchardt claimed the figure was made of gypsum, when in fact it's made of a limestone core under a layer of stucco.

The witness concluded that there had been "cheating" regarding the material the bust was made of. The German Oriental Society confirmed the existence of the document but maintains that the finds of the archaeological dig were divided up fairly.

"Nefertiti was at the top of the exchange list. The inspector could have looked at everything closely at the time," a spokesman for the society said. "It's not admissible to complain about the deal reached at the time."

Egypt has repeatedly demanded the return of the Egyptian beauty, which is seen by 500,000 visitors in Berlin each year.