It was a great moment for the Holocaust Museum in Buenos Aires. Journalists from all over the world had traveled to its press conference at the beginning of the month. Argentina's minister of security, the chief of the Federal Police, a high-ranking court justice and the president of the Holocaust Museum were all on the stage of the Marshall T. Meyer Rabbinical Seminary.

Set out on a long table were busts of Hitler, a device for measuring skulls and a key with a swastika, allegedly a gift to the Krupp corporation, the German industrial giant. They are part of a find that caused a global sensation, and became known as "Hitler's Silver Treasure" following its discovery in 2017. The Argentinian authorities were now handing the objects over to the Holocaust Museum.

Police came across the more than 80 objects by accident during a house search of an antiques dealer in a suburb of Buenos Aires. They include daggers with swastikas, a ouija board and magnifying glass that were said to have been used by Hitler himself.

The museum is planning to exhibit a selection of the objects starting December 1.

But what, exactly, are visitors going to be seeing? Art objects from the "Thousand Year Reich," imported by one of the around 800 high-ranking Nazi officials who fled to Argentina after Germany's defeat in 1945? Or just a bunch of weird junk?

Stephan Klingen, an expert at the Central Institute for Art History in Munich, is certain that there's "just about nothing that's real" in the alleged treasures.

The art historian was part of a small delegation from the German Federal Criminal Police Office (BKA) that flew to Buenos Aires in March 2018 after a request for assistance from the Argentine Federal Police. The Germans had been called for their expertise and to evaluate the collection.

At the time, there had been a lot of wild speculation, including a rumor that the skull-measuring device might have belonged to Josef Mengele, the notoriously barbaric doctor of Auschwitz, or that a cat-shaped piggy bank bearing a collar and a swastika had come from the shelf of Adolf Eichmann, one of the leading organizers of the Holocaust. Mengele and Eichmann both lived for a time in the same area as the antiques dealer from whom the alleged treasures had been confiscated.

Klingen and a chief detective spent just under a week driving every day to a heavily guarded police barracks not far from the Río de la Plata river, where they deciphered inscriptions, and measured, weighed the objects and had them photographed. They continued corresponding with museums, companies and historians through September 2018. The eight-page report of their findings, including the addendum, very clearly concludes that 62 of the 72 objects or sets of objects are "counterfeits or falsifications." Many of the objects date back to the 1930s, but the experts' analysis found that the swastikas, engravings and inscriptions had not been affixed until after 1945, by a "forger who was an experienced craftsman."

One silver-colored sculpture of a sow features a plaque for the first prize at a Berlin agricultural fair in 1937 for "pig weight gain." There is no record of that fair, and it likely never even took place. Meanwhile, the dedication plaque on two magnifying glasses in wooden cases states that they are a gift from the employees of the Völkischer Beobachter, the Nazi Party's newspaper, to their director on "Labor Day" 1933, but the actual holiday celebrated by the Nazis at the time was "National Labor Day," and the cover of the case also bears the wrong eagle.

The objects are filled with mistakes -- both large and small. Klingen says that an golden key allegedly given to a general director named "Walter F. Krauss" by workers and staff at the company Friedrich Krupp AG Essen in 1939 could "not be verified." Nor was any "First Prize" awarded in Germany in 1942, as the inscription on one horse sculpture would lead one to believe. Klingen concludes that the counterfeiter probably comes from "outside the German-speaking area." He suspects the objects didn't come from Germany either.

It bugs Klingen that the Argentinians are not only continuing to pretend the finds are real despite the expert report, but that they are also explicitly citing the German experts in their claims of the objects' authenticity. Officials at Germany's Federal Criminal Police Office say that Argentina's Federal Police received the report in December 2018. Both Klingen and officials at the BKA are now scratching their heads over what's happening in Buenos Aires.

The Argentine Federal Police did not respond to a request for a statement from DER SPIEGEL by the time the magazine went to print. Jonathan Karszenbaum of the Holocaust Museum responded steadfastly that the majority of the objects are "authentic" and also referred to the "expert appraisal from Germany" to back his claim.

However, at least one Argentinian is likely to be pleased about the clear assessment from Germany: the dealer who collected all the Nazi junk. He immediately confirmed that it isn't real. 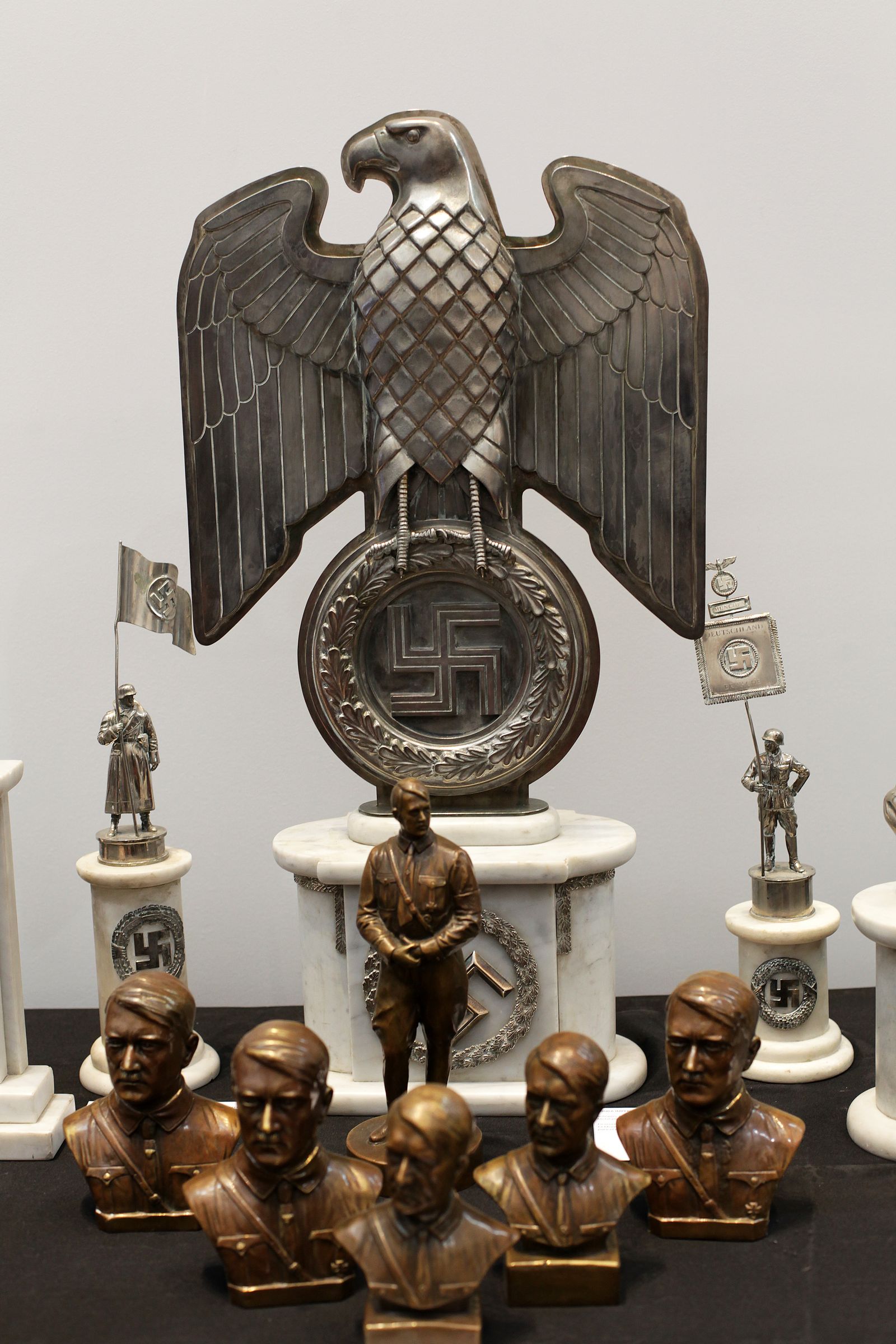 Purported Nazi objects in Buenos Aires are set to go on display on December 1.