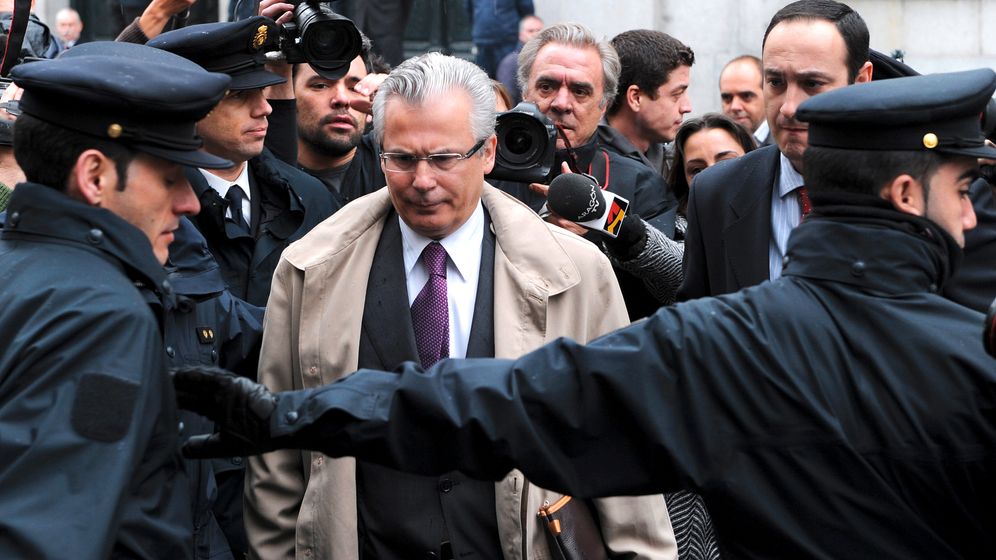 Pilar Bardem had been locked in these rooms once before. At the time she was an 18-year-old student, rebelling against the violent regime of Spanish dictator Francisco Franco. Last week Bardem, one of Spain's most beloved actresses, was locked in at Madrid's Complutense University again -- but this time it was voluntary, an act of protest. "I never would have dreamt that at 71 years of age, I would let myself be locked in a lecture hall," said the actress, who is also the mother of internationally known movie star Javier Bardem.

Accompanied by colleagues, including Oscar-winning film director Pedro Almodóvar, Bardem was protesting in support of Spain's most famous judge, Baltasar Garzón, 54. Spain's Supreme Court has opened a case against Garzón for daring to initiate an investigation into human rights crimes committed under Franco, who was part of a coup against the Spanish government in 1936 and went on to lead the country until his death in 1975. Franco used repressive measures to silence any political dissent.

In an unexpected development, it is three far-right organizations, including the openly fascist Falange Party, that have charged the judge with abuse of power -- and the Supreme Court did not reject the charges. The charges are that, in investigating crimes against humanity committed by Francoist forces, Garzón flouted a 1977 amnesty law adopted by Spain's newly democratic government. "If the Falange puts Garzón on trial," Almodóvar said when announcing the sit-in, "it is as if Franco had won again."

The artists plan to stay in the lecture hall until Thursday, when a self-governing committee of judges will rule on whether to suspend Garzón from his post while he awaits trial. Demonstrations by individuals related to Franco's victims will also take place in front of the National Court, where Garzón has his office, in the heart of Madrid, every evening until Thursday.

No Limit when Prosecuting Crimes against Humanity

Garzón is Europe's most famous champion of the principle of universal jurisdiction for human rights crimes. From Madrid he issued an international warrant that led to the 1998 arrest of former Chilean dictator Augusto Pinochet in London. He also investigated Argentine junta leaders and, in doing so, helped to end Argentinean amnesty laws that protected military officials who committed crimes against humanity. And in 2005, in Spain, Garzón took Argentine navy captain Adolfo Scilingo to court, where he was sentenced to 640 years imprisonment for crimes against humanity.

Argentineans are now planning to take up the work of the Spanish judge -- who is celebrated as a global conscience outside of Spain, but risks being barred from his profession for 20 years at home if he is found guilty of knowingly acting without jurisdiction. Attorney Carlos Slepoy, who was forced into exile in Spain by Argentina's military, filed criminal proceedings last Wednesday. They concern crimes against humanity -- and even genocide -- under Franco's rule. Next month a judge in Argentina's federal court in Buenos Aires will decide whether the Argentinean justice system will follow Spain's example for the first time and make use of the principle of universal jurisdiction. Argentina's revenge, if you like.

Slepoy and other notable colleagues have also taken up the case of two Spaniards living along the River Plate, who had originally turned to Garzón. The pair is among the surviving descendants of more than 113,000 adults who disappeared, and 33,000 children who were kidnapped, during the Spanish Civil War and the subsequent dictatorship until democratic elections first took place in 1977.

Darío Rivas, 90, and Inés García appeared in court as plaintiffs in Buenos Aires. García's uncle disappeared without a trace after Franco's coup, while her two great-uncles were shot for maintaining their loyalty to the Spanish Republic. Riva's father, the mayor of a village in Franco's native Galicia region in northwest Spain, was also murdered by Falangists in 1936.

Ten Argentinean human rights organizations -- including the Mothers of the Plaza de Mayo, Nobel Peace Prize winner Adolfo Pérez Esquivel and a Spanish victims' association -- have joined to bring the case against offenders from Spain's past. Now the Spanish government is to release information on which of the past regime's politicians, military officials and police squads responsible, are still alive.

Rivas turned to lawyers in Argentina because he became convinced that the responsibility for his father's murder would never be resolved through the Spanish courts. "The government has accepted a dishonorable pact of silence," he says.

Breaking that very pact has meant disaster for Garzón. What appears to complicate matters further is the fact that the heirs to Franco's regime continue to occupy important positions in all areas of Spanish society. They have made life difficult for Garzón since he exposed corruption in Spain's conservative Partido Popular (or People's Party) a year ago. Old enmities are rearing their heads again. The party's leader Mariano Rajoy calls the support that intellectuals and unionists are showing for Garzón "anti-democratic."

Regardless of whether Garzón will be removed from his post on Thursday and whether the battle he began carries on in Argentina, the conflict in Spain around the years of Franco's dictatorship will continue to smolder. Relatives of Franco's victims plan to sue again for the right to clarify how their family members died. Their rationale is that Spain has signed international treaties that forbid any amnesty when it comes to crimes against humanity. Which means that the Spanish judiciary is duty bound to look back carefully into the country's history. 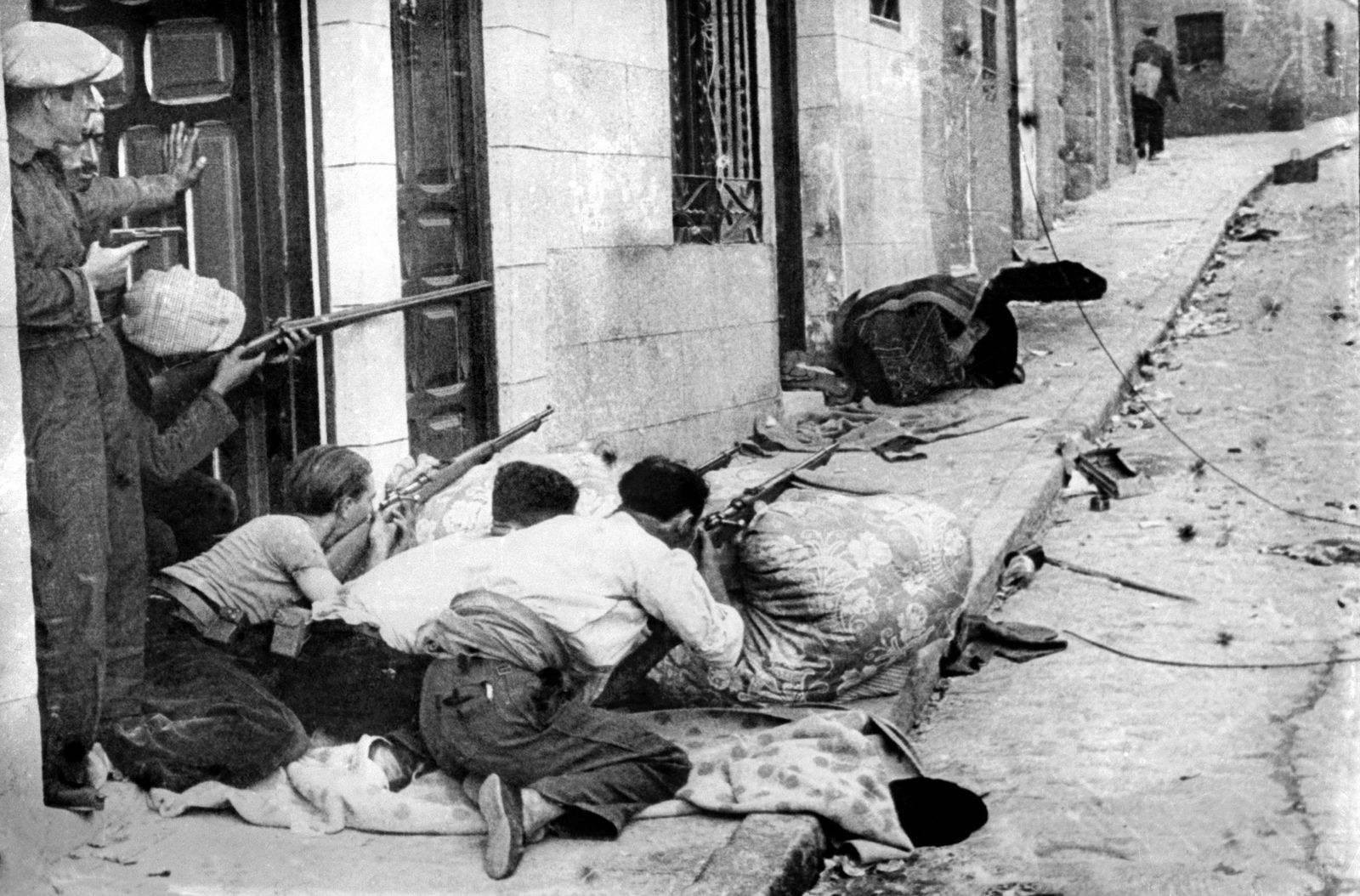 Historical pictures from the Spanish Civil War of the 1930s.