SPIEGEL ONLINE: When the protests in Libya started, you set up a sort of newsroom in your London flat. What are you doing there?

Hisham Matar: It's a network of friends, Libyans in exile. We make dozens of calls a day to Libya. We are trying to collect, corroborate and publish eyewitness accounts. I have found doctors to be particularly good sources: They are used to keeping a certain emotional detachment.

SPIEGEL ONLINE: How is the mood among your friends?

Matar: In the first days, there was great deal of anxiety about what would happen. When things started moving so quickly, the aspirations and hopes went up. Now, the only question that remains is: How long will it take, until Gadhafi gives up -- and how many more people have to die.

SPIEGEL ONLINE: At what point did you become certain that this would be the end of Gadhafi?

Matar: I felt it on Saturday a week ago, when Benghazi was completely under the control of the demonstrators. It was a turning point, because it is the capital of the east and this has traditionally been the most politically active part of the country.

SPIEGEL ONLINE: Your family fled Libya when you were 15 years old. You moved to Cairo, then you went to college in London. Your father, a diplomat and entrepreneur, was kidnapped and imprisoned by Gadhafi's men in 1990. What role does Gadhafi play in your life?

Matar: He has stolen my father from me, he has imprisoned my relatives, he has killed many of my friends. He is my enemy. But more importantly than my personal grievances, he has held back the whole country and forced the Libyan people to live in a permanent state of madness. He represents a kind of nightmare for Libya from which I am just waking up.

SPIEGEL ONLINE: A nightmare that seemed to never end ...

Matar: Everybody was surprised by the events, even the people who spend their whole life studying Libya. But once the protests started, it was surprising how unsurprising it really was. I sense it in the voices of the Libyans I have known all my life. They sound different, their necks free from being tied. Gadhafi was the person under whom we have all suffered. We are all united by our suffering under him.

SPIEGEL ONLINE: What did you think when you saw Western governments in 2003 declaring Gadhafi a partner and charming him ever since?

Matar: I felt very sick. After all we are not talking about a poor African country that urgently needs the Libyan money and overlooks the dictatorship. We are talking about Europe and the United States, the richest countries on earth. When they start to overlook those things, it shakes your faith in humanity.

SPIEGEL ONLINE: Has the West extended the lifespan of the dictatorship?

Matar: I have no doubt about that. But that makes this revolution even more remarkable. Not only was there this ruthless dictator with all the money in the world, but on top of that he had international approval. And we still did it. That gives us a deep sense of confidence.

SPIEGEL ONLINE: Will you go back to Libya to play a role in the new democracy?

Matar: I don't know. I am a writer, and artists enrich their society by being loyal to their art, not to politics. As a citizen I might find a way to play a role. I am looking very much forward to the day that I see my country and my people again.

SPIEGEL ONLINE: Do you think your father is still alive?

Matar: I am hopeful. Once the revolution is complete, my brother and I will be looking for him. But right now we cannot do anything. For many Libyans, there is a national story and a personal story to these events. And the personal one has to wait.

SPIEGEL ONLINE: What will happen next?

Matar: What gives me hope is the way people are conducting themselves. They were very quick in building committees, looking after the management of supplies and infrastructure. When the demonstrators captured 18 mercenaries in Benghazi, they fed them and gave them clothes, they gave them medical assistance, they put their passports on tables, they called a lawyer ...

SPIEGEL ONLINE: ... instead of taking revenge.

Matar: These are the things that make me very hopeful. This revolution is not about the removal of Gadhafi, that is just one of the stories. What is going on here is Libyans rediscovering what it means to be a people and a society. Revolutions aren't about negative things. You can't do a revolution which is just about removing, wiping out, getting rid of somebody. It has to be about what you want to create. The Libyans are trying to live up to an ideal that they have been dreaming about for a long time. Gadhafi's removal is just a means to an end.

Matar: The DNA of the future Libya must be the revolution. The nature of the revolution is peaceful, nobody is holding up ideological or religious banners. It's about freedom, living in dignity and security. Libya is an exceptionally moderate country, it is open to the world.

SPIEGEL ONLINE: What should happen to the supporters and accomplices of the regime?

Matar: There must be accountability. But revenge doesn't lead to justice. I have never desired revenge, not even from the people who tortured my father. I am relieved to hear other people who have suffered a lot say it was a terrible regime but we mustn't paint everybody with the same brush. Libya will need to engage in a long healing process, driven by the desire that this doesn't happen again. We have already seen the protesters welcoming the diplomats who broke with Gadhafi in the past days. We all know how long they have supported him, but there has been very little criticism.

SPIEGEL ONLINE: Do you think a truth commission would be a possible solution?

Matar: Yes, I have already spoken to friends in South Africa about that. We need the depth of intellectual and psychological engagement with this national madness that Germany has shown after Hitler. Gadhafi is not Hitler, but the comparison with the German example helps us to understand our reality. It is different from the Italian experience, where they got rid of Mussolini, put some people on trial and moved on. There was never a genuine confrontation with the Italian psychosis.

SPIEGEL ONLINE: In your novel "In the Country of Men" you wrote about a family under the Gadhafi regime. When can we expect your book about the revolution? 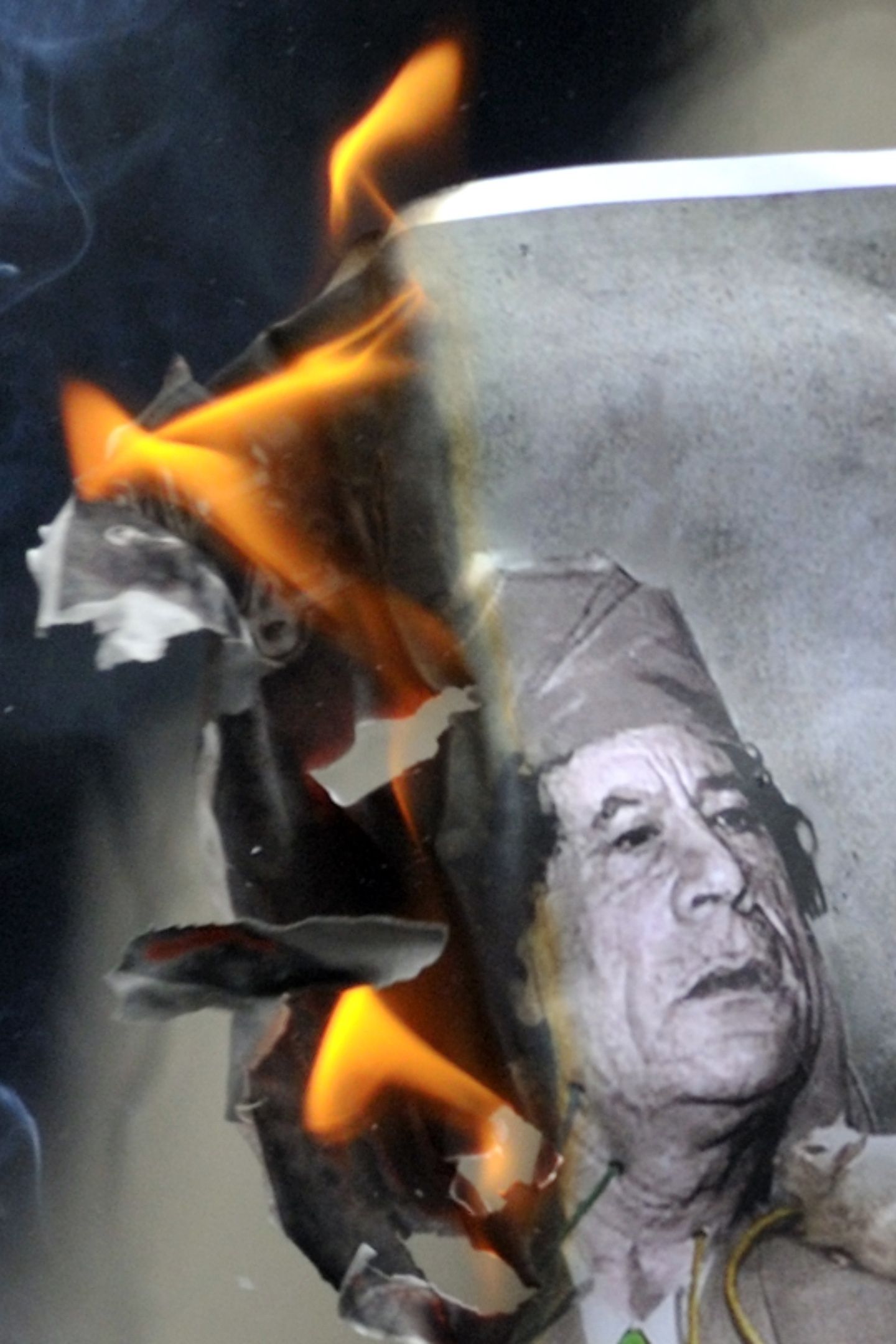 Libyan author Hisham Matar on Gadhafi: "He is my enemy."