Things get tight as the members of parliament meet at their headquarters on the western outskirts of Jerusalem. The conference room, about the size of an ordinary living room, is really too small to accommodate the party's new abundance of power. The Israel Our Home party (Yisrael Beiteinu), with its 15 seats, is now the third-largest faction in the Israeli parliament, the Knesset, and will join the new government. Eventually everyone in the room takes a seat at a small, horseshoe-shaped table. 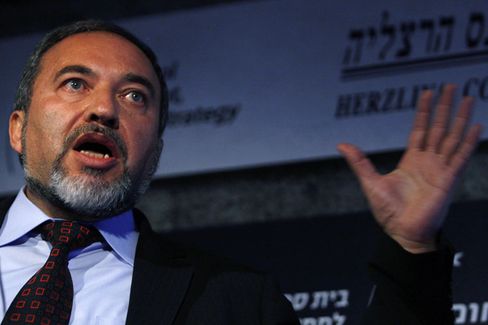 Avigdor Lieberman, 50, squeezes his bulky frame into a chair at the head of the table, facing a tray of sticky chocolate croissants and soft drinks. "We have achieved a lot," he says, in his Russian-accented Hebrew, pronouncing his O's as A's and rolling his R's. A yellowed map of the faded Soviet Union hangs on the wall.

Lieberman founded and shaped his party. For him, an immigrant from the former Moldavian Soviet Socialist Republic, a new era is about to begin. He intends to be Israel's new foreign minister. It will be a historic moment, and he can hardly wait. "The faster a government is formed, the better for the country," he tells the media patriotically.

The man who is set to become Israel's chief diplomat is known for many things, but not his talent for diplomacy. Words like compromise or consideration have been absent from his vocabulary so far. When then Prime Minister Ariel Sharon proposed releasing 350 Palestinian prisoners in 2003, Lieberman uttered one of his notorious sentences: "It would be better to drown these prisoners in the Dead Sea."

His words have the force of cluster bombs. He spares no one. He once proposed executing Arab members of the Knesset with ties to Hamas to Hezbollah as "Nazi collaborators." Later he suggested that Israel should proceed in the Gaza Strip the way Russia did in Chechnya -- without consideration for losses or civilians. This remark gained him a reputation as a virulent racist.

If Lieberman had his way, perhaps Tehran would have been obliterated, as a punishment for Iran's refusal to shut down its nuclear program. Years ago he threatened Egypt -- Israel's key ally in the Arab world -- with the bombardment of the Aswan Dam unless the regime withdrew support for then-PLO leader Yasser Arafat. He also had one of his typical remarks at the ready for Egyptian President Hosni Mubarak. It was about time the president paid a visit to Jerusalem, Lieberman said, "and if he doesn't want to come, he can go to hell."

Cairo has made clear that the foreign minister-designate remains persona non grata in Egypt, and that he won't be received unless he issues an apology first. To protest the Lieberman choice, the Egyptian ambassador in Tel Aviv may not attend a celebration in Jerusalem this week to mark the 30th anniversary of the Egyptian-Israeli peace deal. 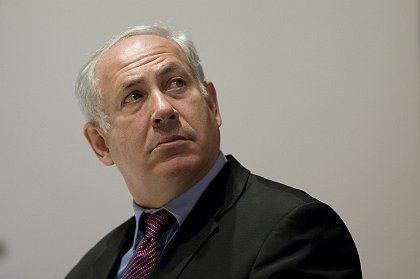 For many Arab governments the thought of Lieberman as foreign minister is tantamount to a declaration of war. In the United States, where President Barack Obama wants to pursue an "aggressive" policy of peace in the Middle East, the declared foe of the negotiation process may face a cool reception. The European Union will probably not behave any differently. EU foreign policy chief Javier Solana calls Lieberman "a man with whom I have been at odds for my entire life."

Benjamin Netanyahu, who will soon become Israel's prime minister for the second time, would have preferred to avoid such problems. He wanted to place the warhorse into a lower-profile position, such as finance minister. But Lieberman is set on being foreign minister. Netanyahu managed to forge a government on Tuesday with Ehud Barak's Labor Party -- but not without first closing coalition deals with two of Israel's right-wing parties, including Lieberman's.

It's an irony of history that Lieberman can now dictate terms to the man who paved his way in politics. Lieberman started his career in the right-wing Likud Party as an activist for the party's student wing. Netanyahu appointed him party secretary in 1993, and in 1996 Lieberman ran Netanyahu's first successful campaign for prime minister. He was then named Director-General of the Prime Minister's Office. But he left Likud in 1999 to found a competing, nationalist party, "Israel Beitenu," or Israel Our Home -- which immediately secured four seats in the Knesset.

Since then, Lieberman has been part of almost every administration, but he has always found an excuse to leave the government and join the opposition. As transportation minister under Ariel Sharon, he resigned to protest Israel's withdrawal from the Gaza Strip. The next prime minister, Ehud Olmert, invented a new post for him, the Ministry of Strategic Planning, but Lieberman resigned because of the peace talks in Annapolis, one of the many unsuccessful attempts to bring permanent peace to the Israelis and Palestinians.

Lieberman dressed up each of his resignations as the result of his unwillingness to compromise -- out of pure conviction, of course -- but in fact he wanted to shine a favorable light on his party before the next election, a strategy that almost always succeeded.

But now he will be Israel's next foreign minister -- an unbelievable step up the ladder, even by Israeli standards. Never before has an immigrant from the former Soviet Union made it so far.

Lieberman was 20 when he arrived in Israel in 1978. At first he made ends meet by working as a baggage handler for the national airline, El Al, then -- famously -- as a nightclub bouncer. He is said to have literally hunted down Arabs in his student days, a rumor he denies. According to official records, however, he was charged with having hit a boy in the face who had beaten up his son. Lieberman confessed to the crime in a court two years later and was fined and ordered to pay compensation. The satirical television show "Hartzufim," the Israeli version of the British satirical puppet show "Spitting Image," named a doll after him: Vladimir the Thug.

The name fits. Lieberman wants to turn all of Israel into a virtually exclusive club for Jews. He sees minorities as a threat, and in the election campaign he demanded that Arab Israelis should take a "loyalty test" to ensure their patriotism. He bluntly expresses ideas many Israelis may think but won't venture to say out loud.

Even Tzipi Livni, the current foreign minister, who is respectable and moderate compared with Lieberman, recently suggested that Israeli Arabs should seek their "national identity" in a Palestinian state. The tenor of her remarks was that in Israel, at any rate, they were not about to organize any Arab nationalism.

Lieberman used to align himself with advocates of a Greater Israel, stretching from the Mediterranean to the Jordan River. But he's no fundamentalist Jew for whom the partition of the country would constitute a sacrilege. He lives in a settlement on the West Bank, but he would give up his house for peace, he said recently. "I support a viable Palestinian state," he claims.

Lieberman is fond of combining ideas from the right and the left. For instance, he proposes redrawing the border between Israel and the Palestinian Territories, thereby annexing groups of settlements while ceding Arab cities near the border. For this reason, even some moderate Palestinians see Lieberman as a thug who can be a pragmatist.

The former negotiator Mohammed Dahlan has called Lieberman a "key to peace," at least according to Jossi Beilin, one of the architects of the Oslo Agreement in the early 1990s. In his recent book "Innocent Abroad," Martin Indyk, one of the US negotiators at the failed Camp David talks in 2000, describes a secret channel of communication between Lieberman and an envoy of then-PLO President Yasser Arafat. According to Indyk, Lieberman agreed in principle to the Barak administration's territorial concessions.

So is Lieberman a thug with pragmatist tendencies? Such transformations can never be completely ruled out in Israel, the land of extremes. Ariel Sharon, the father of settlement construction on Palestinian soil, later withdrew Israeli settlers from the Gaza Strip. His successor, Ehud Olmert, wanted to "Judaize" Arab East Jerusalem. Today he advocates dividing the city.

Even Lieberman is starting to exhibit symptoms of prudence. A few weeks ago, he paid a visit to a well-known Israeli geographer, who used maps to show Lieberman how Jerusalem, the Holy City, could be divided up between the Jews and the Palestinians. "He was very interested," the geographer said after the meeting.