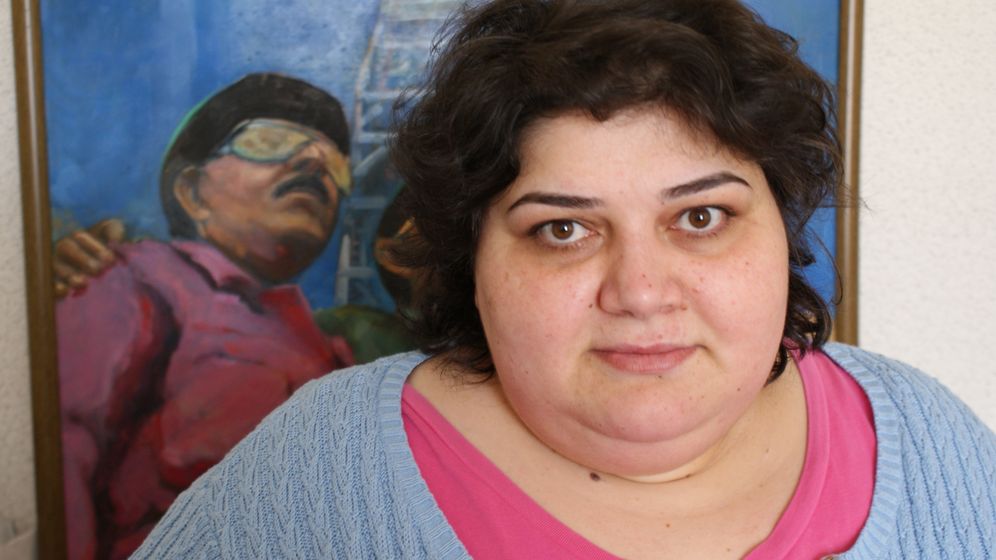 On March 7, Khadijah Ismailova received an anonymous letter containing an envelope with six photos of an "intimate nature" as she calls it. Included was this message: "Slut -- behave or you will be dishonored." Only one week later, a video of the journalist having sex with her boyfriend was posted on the Internet. At the same time, two newspapers that are loyal to the government accused her of lax morals and indicated where the videos could be found.

Ismailova sits astride a chair decorated with an inlay pattern, her arms draped over its back. Outside the house, which belongs to a friend, looms the skyline of Baku, the capital of Azerbaijan, where the Eurovision Song Contest is set to take place in just a few week's time. Ismailova has dark circles under her eyes; recent weeks have left her visably exhausted. "The government humiliated me and transformed me into an object, but society has stood up for me," she said in a solemn tone.

Ismailova has ceased receiving guests in her apartment since she realized it had been bugged with cameras and microphones -- in the living room, maybe in the bathroom, but above all in the bedroom. The journalist has no doubt that high-level civil servants are behind the film: "They thought I'd back down, but that was a miscalculation. If I had taken one step back, I would have been done," she said. Her stubbornness paid off: Even media loyal to the government distanced themselves from showing the secretly filmed videos or photos.

Ismailova filed a complaint over the intrusion into her private life and the investigation is ongoing. She does not have high expectations: "The courts don't care about evidence," she says. "They will make a political decision in the end." She says she plans to follow the appeals process as far as possible before turning to the European Court of Human Rights.

The smear campaign against Ismailova is all the more devastating given that she is an unmarried woman in a Muslim society. Although the government professes secularism, forbids the wearing of head scarves in schools and demonstratively opposes the construction of mosques, religious morality remains influential among the largely Shiite populace. As such, Khadijah Ismailova was surprised that even Muslim leaders backed her up: "They understood that it is not about something personal but about politics."

"We are not journalists. We are partisans," says Vidadi Memmedov, a long-time editor at the government-critical daily Azadliq, which also received the compromising photos of Ismailova but refused to print them. Time and again he and his colleagues have been followed and threatened, he says. "We know who will arrest, blackmail, hit or even kill us. But we're fighting for freedom of the press. We believe that is our responsibility."

Every evening Ismailova goes on air on "Radio Liberty." The seasoned reporter has especially attracted attention for her investigative work. In several publications she has sought to uncover how the presidential family has been secretly privatizing state companies. "I focused too closely on the daughters of Ilham Aliyev," she says in reference to the president. "They didn't like that." Most recently she reported on Leyla and Arzu Aliyeva's apparent holdings, via companies registered in Panama, in the telephone company Azerfon.

'Sex With the Lights Off'

Despite the democratic shortcomings in Azerbaijan, human rights advocates agree that the press should nonetheless travel to Baku for the Eurovision Song Contest in order to get a first-hand view of the situation. But Ismailova warns that foreign journalists will most likely be spied upon. "Everyone should worry," she says. "Big Brother is everywhere."

And they don't seem terribly concerned about hiding it. During an hour-long interview conducted by this journalist with an opposition leader in a cafe, a "couple" at a nearby table followed every word. Several security officials in civilian clothing took up positions in front of the door and at least two people continued the observation on the streets outside. An additional person took pictures.

"Sex only under the blankets and with the lights off" is the advice -- meant seriously -- given to visitors to the Eurovision Song Contest by the activist group Free Youth, which is critical of the government.

The public exposure of journalists and those opposing the regime in Azerbaijan is not a new phenomenon. Shortly before the parliamentary elections of 2010, the television station Lider aired a spot called "The Naked Truth about the Opposition," an uncensored sex video of the publisher of the opposition newspaper Azdaliq. The television station belongs to a cousin of President Aliyev.

Colleagues of Ismailova have repeatedly been targeted by such campaigns. "When the first videos with my friends appeared, I put up a tent in my apartment to at least have a little bit of privacy. Later I realized how grotesque that was and I took it down."

Azerbaijan has been a member of the European Council since 2001 and signed the Human Rights Convention. The ruling family has oriented itself toward the West and has sought to modernized their country, even to the point of seeking to build a kind of new Dubai on the shores of the Caspian Sea. But the regime has yet to abandon archaic methods of control.

Educated young Azerbaijanis are now taking to the streets in protest against the regime. One of the best known among them is the 21-year-old blogger and political activist Jabbar Savalan. He frequents the opposition café Araz, where the police and regime critics gather in unusual harmony to smoke and eat warm chickpeas with butter to loud music.

In February 2011, he was arrested for drug possession on his way home from a meeting and sentenced to three years in prison. He says that security officials planted a gram of heroin on him. Following pressure exerted by the European Parliament and human rights organizations such as Amnesty International, he was released early in December.

The arrest did not come as a surprise, given that Savalan had published an article critical of the Aliyev clan, but the unjust charges affected him deeply nonetheless. "The time in prison made me strong," he says. "I want our people to wake up, realize their rights and fight for them."

Khadijah Ismailova is not thinking about giving up either. "My anger," she says, "is greater than my fear." 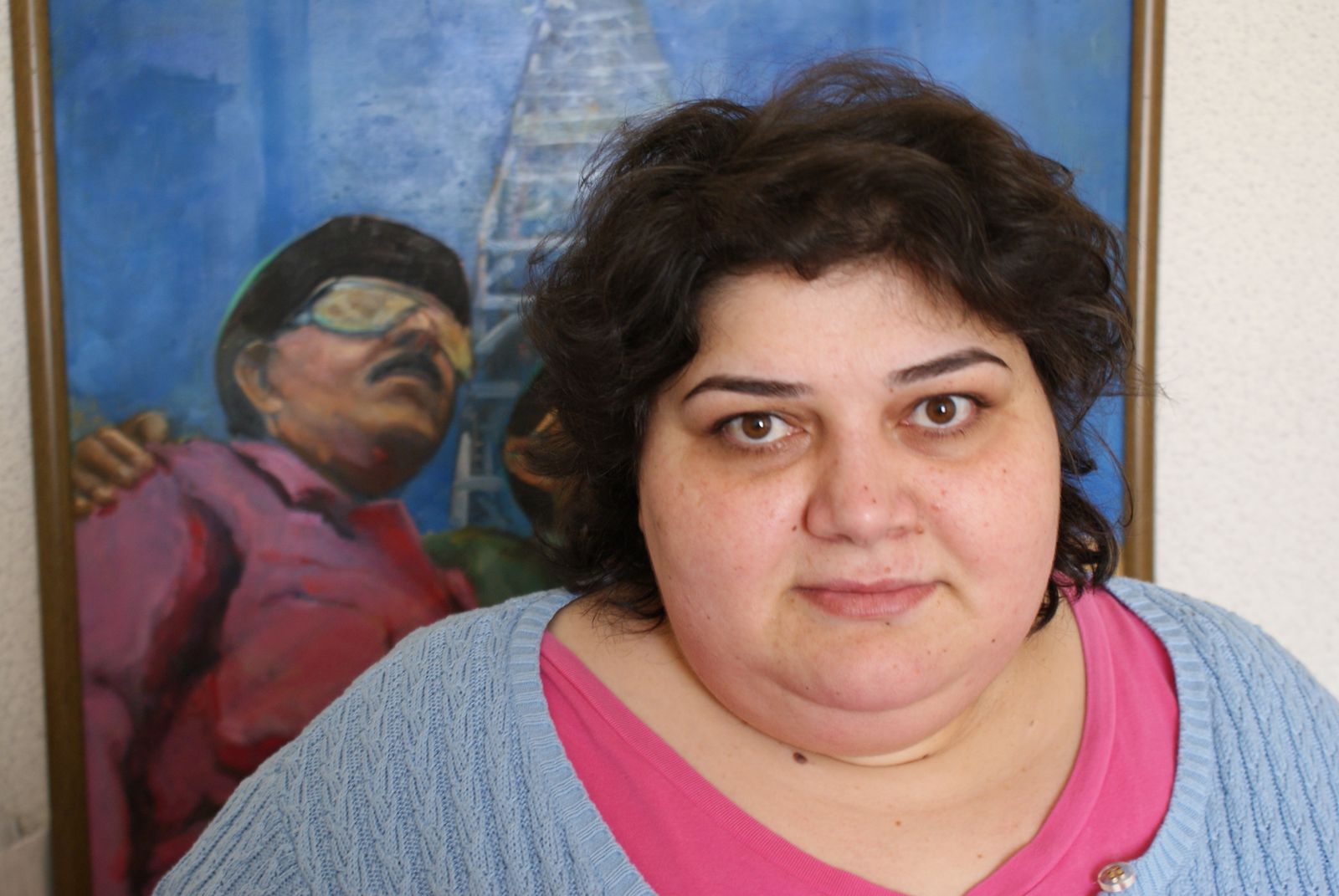 Khadijah Ismailova is among the best-known journalists in Azerbaijan. Because her articles and radio reports put the business dealings of the ruling Aliyev clan under the microscope, she's been persecuted and threatened. Recently, a secretly filmed sex video of her appeared on the Internet. Ismailova went to court. 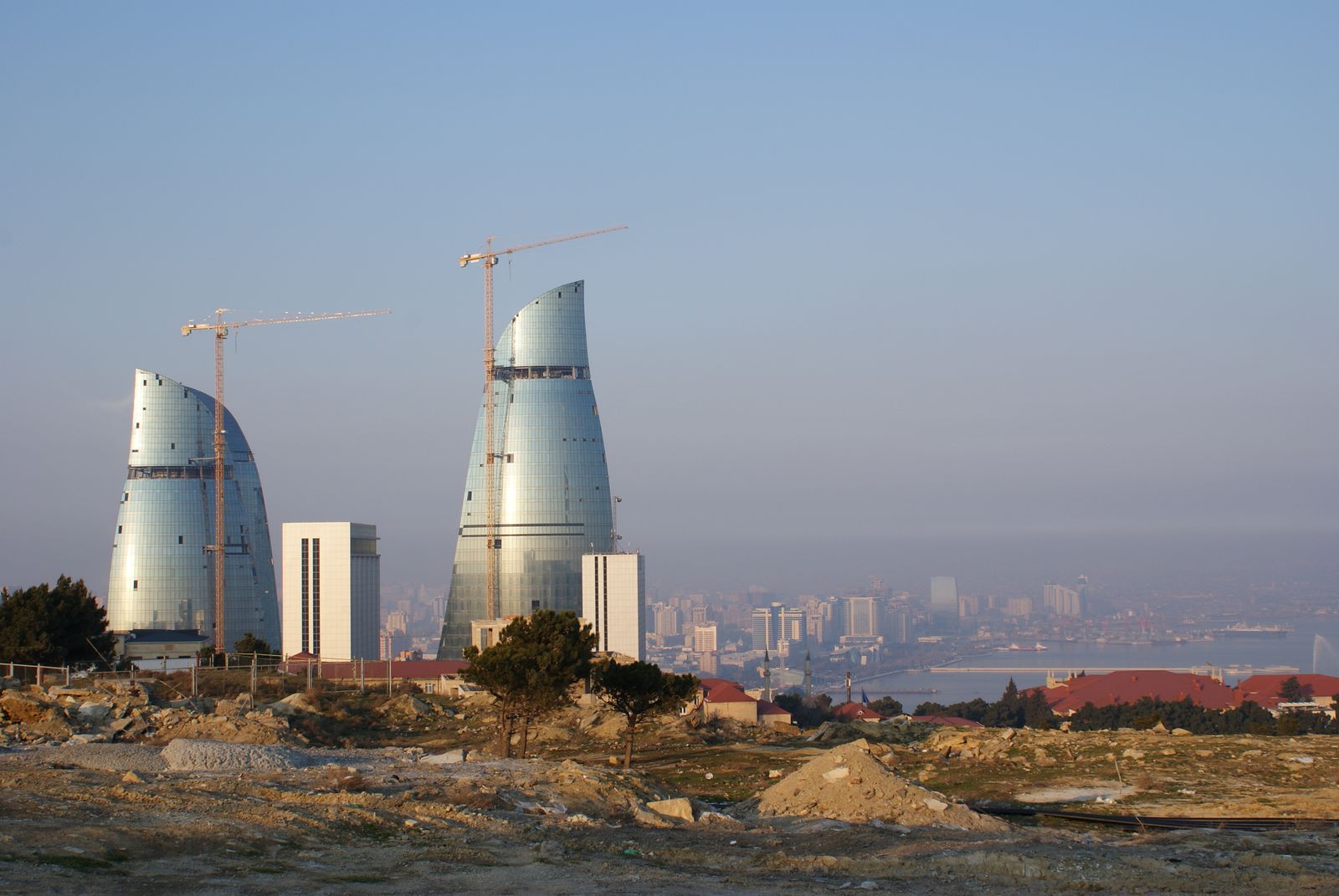 The "flame towers" of Baku: Brutal assaults against reporters and those opposing the authoritarian rule of Azerbaijan have become commonplace. "Reporters without Borders" ranks the country 162nd of 179 when it comes to press freedoms.