Yukiya Amano, the slender Japanese director general of the International Atomic Energy Agency (IAEA), isn't known for his pithy prose. It was thus astonishing when, at the opening of the IAEA Ministerial Conference on Nuclear Safety last Monday in Vienna, Amano told his audience that in the wake of Fukushima, there was nothing less at stake than the very future of nuclear energy.

Amano said that many things needed improvement, including regulatory agencies, disaster prevention and information policy. He called for mandatory IAEA inspections at power plants worldwide, and he proposed that one-tenth of the world's 440 reactors be selected at random for unannounced inspections over the new three years. In addition, Amano said, plant operators should be held more accountable in the case of future accidents. "Business as usual is not an option," Amano told the delegates sitting in their United Nations-blue seats.

They, though, knew how to correctly interpret Amano's words. "In reality, the message is: Please, continue with business as usual," one delegate said derisively. Nuclear experts and politicians from about 150 countries had assembled in Vienna. And they almost all agreed that the lessons learned from Fukushima had only made nuclear energy safer.

Following the triple meltdown in Japan, the relevant cabinet ministers of many countries are indeed trying to move on to a business-as-usual agenda as quietly as possible. They seem uninterested in the fact that the majority of mankind now opposes nuclear energy.

According to a poll conducted by the Ipsos public opinion research institute, only in India, Poland and the United States does a majority of the public still support nuclear power. Even in France, a country that derives much of its energy from nuclear reactors, two-thirds of those polled said they opposed nuclear power. In Japan, 58 percent are opposed, with many of them having changed their minds since the Fukushima disaster.

Although the energy experts and politicians dutifully debated Amano's proposal to make inspections mandatory, the idea didn't stand a chance of succeeding. It was categorically rejected by the United States, Great Britain and Japan.

Besides, it was not without irony that the IAEA was seeking to declare itself the world's supreme regulatory authority. According to its statutes, the agency's mission is to promote the peaceful use of nuclear energy. How, then, can it also be the industry's strictest regulator?

Nevertheless, the delegates seemed free of self-doubt. "We will expand nuclear energy," the Russian envoy announced, adding that his country plans to continue its development of fast breeder reactors. "Nuclear power is undoubtedly a clean source of energy, which can sustain global economic growth by meeting energy needs particularly in the developing world, while adequately addressing global warming and climate change concerns," the delegate from India said. He noted that his country planned to increase the amount of electricity it gets from nuclear power by a factor of 12 in the next 20 years. Malaysia and Vietnam affirmed their intention to launch nuclear technology programs soon.

The German phase-out, on the other hand, was merely met with confusion and head-scratching. Mongolia and El Salvador were among the few countries that expressed praise for the anti-nuclear policies of Germany and Austria.

British Energy and Climate Change Secretary Christopher Huhne complained that the German decision to phase out nuclear energy was driving up the price of natural gas. In describing a recent conversation he had had with Jürgen Grossmann, CEO of German energy giant RWE, Huhne said, "if he can't build or operate nuclear power plants at home, perhaps he'll build more in Great Britain." Most of all, there were growing fears in Vienna that the "bacillus teutonicus," as one delegate put it, could spread to other countries now that it has infected Switzerland and Italy.

The Fukushima disaster itself played a secondary role, though one delegate did say that "it seems as if the Japanese made some serious mistakes." The wall designed to protect the Fukushima plant from tsunamis was too low, the delegate pointed out, and the relief valves malfunctioned. Besides, he added, plant owner TEPCO had never installed so-called hydrogen recombiners, which attach potentially explosive hydrogen atoms to oxygen atoms, thus avoiding the kind of hydrogen explosions that blew apart reactor containment buildings at Fukushima in the days following the earthquake and tsunami.

Serious mistakes made by the Japanese government when it came to radiation protection were also discussed. In the first weeks following the disaster, the government's emergency management center did not use weather model calculations. As a result, officials were much too late in recognizing that there was a heavily contaminated zone to the northwest of the stricken plant. There was a shortage of dosimeters after the accident, and because of faulty equipment, it took far too long to test the workers in the plant for internal radiation exposure.

None of this diminished the praise heaped on Japan by the head of the IAEA investigative commission. "Everything that could have been done was done," he said.

It wasn't the first time the IAEA had issued such an assessment and held such a meeting. Twenty-five years ago, the agency gathered in Vienna in the wake of the nuclear meltdown in Chernobyl. Then Director Hans Blix made a couple of proposals to improve nuclear safety: more binding IAEA inspections and more accountability for plant managers. 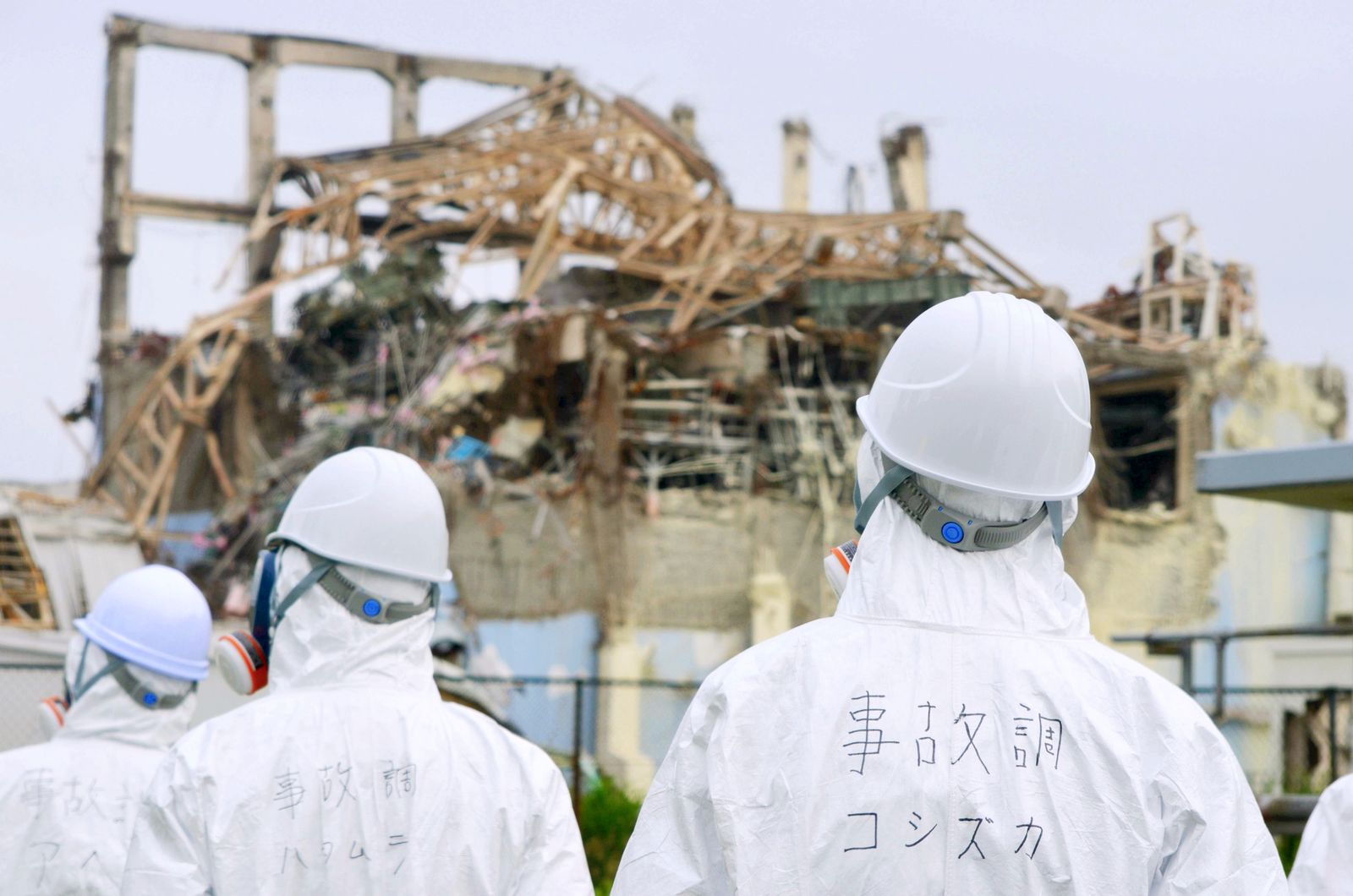