Germany is going to have to wait longer than expected for US President Barack Obama's first official visit. Citing government sources in Berlin, Reuters reported on Friday that Obama will not attend the anniversary festivities marking two decades since the fall of the Berlin Wall. The event will take place on Nov. 9 -- just two days before Obama embarks on a long-planned trip to Asia on Nov. 11.

According to the German television channel n-tv, US Secretary of State Hillary Clinton will stand in for the president. It is considered unlikely that her husband, the former President Bill Clinton, will accompany her.

Berlin is going all out for the anniversary, with such luminaries as Kofi Annan, Mikhail Gorbachev and Lech Walesa expected to be in attendance. German Chancellor Angela Merkel is pushing hard to complete ongoing coalition negotiations soon so that her government is fully formed in time for the festivities.

Despite Obama's absence, however, Merkel will get some face time with the US president in early November. She is planning to travel to Washington and will be addressing a joint session of US Congress on Nov. 3.

Obama has not visited Berlin since taking power. He was in Germany briefly in June, when he made stops in Dresden and at the Buchenwald concentration camp memorial. It was during that trip that Merkel extended the invitation for Obama to help Germany celebrate the fall of the Wall. 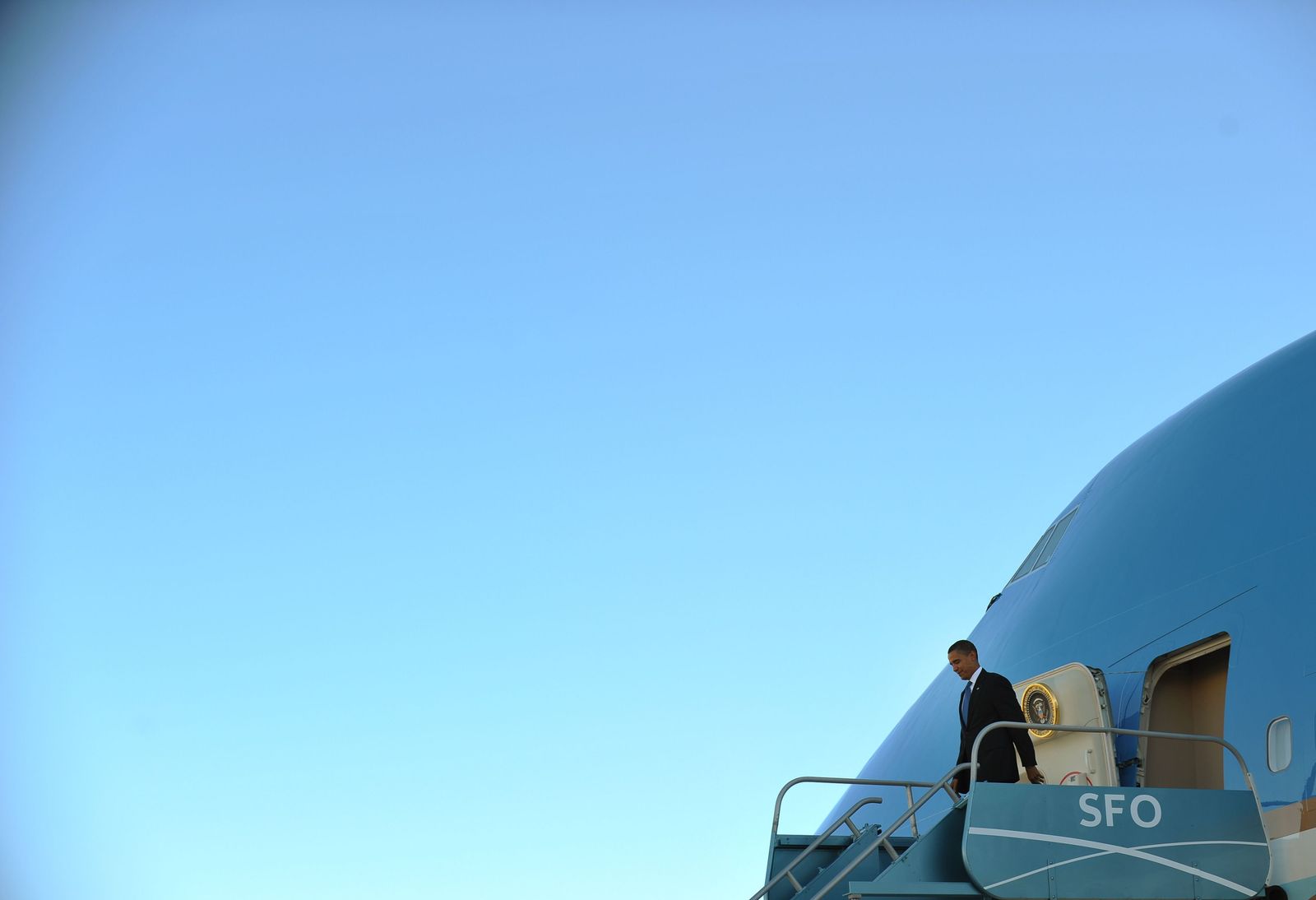 Berlin will have to wait a while longer before Air Force One touches down for US President Barack Obama's first official visit.