US President Barack Obama on Wednesday defended the surveillance of phone calls and Internet communications by American intelligence agencies, denying that the NSA had been "rifling through ordinary emails of German citizens or American citizens or French citizens or anyone else."

Speaking at a joint news conference with Angela Merkel after talks in Berlin, Obama said: "The encroachment on privacy has been strictly limited by a court-approved process."

He added that lives had been saved by surveillance, and pointed out that the information gleaned by US intelligence operations had helped German authorities too in the fight against terrorism. 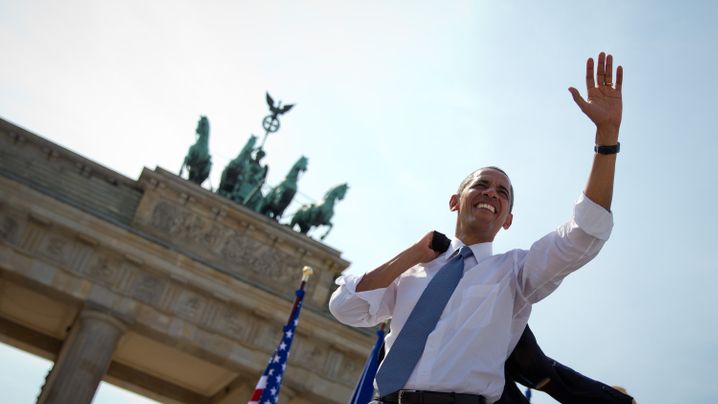 His comments amounted to a rejection of mild criticism voiced by Chancellor Angela Merkel standing next to him after she had said: "I made clear that although we do see the need for gathering information, the topic of proportionality is always an important one and the free democratic order is based on people feeling safe."

Merkel had said she would broach revelations about the NSA's PRISM surveillance program, news of which caused an uproar around the world and in Germany in particular -- with critics saying Obama has damaged his record on civil liberties.

'Right Balance has Been Struck'

"I came into office committed to protecting the American people but also our values and ideals," said Obama, adding that he had a "healthy skepticism" when he took office of how US intelligence programs were structured.

"But what I have been able to do is examine and scrub how our intelligence services are operating, and I'm very confident right now the right balance has been struck."

He said surveillance took place "very narrowly to leads we have obtained on issues relating to terrorism or proliferation of weapons of mass destruction."

Germany's ardor for Obama has cooled markedly since his last visit -- then as the Democratic presidential hopeful running for office in July 2008, when 200,000 people chanting "Yes We Can" came to listen to his speech in Berlin's Tiergarten Park.

On Wednesday, the crowd will be much smaller -- some 4,000 invited guests will listen to Obama's keynote speech in front of the Brandenburg Gate, and some of them have been pulling out of the event because of the intense heat exceeding 30 degrees (86 degrees Fahrenheit) Celsius in Berlin, reports said. Officials have been trying to find people to fill the empty seats.

The magic has gone. There haven't been big crowds lining the metal police barriers to catch a glimpse of the president.

"Yes We Scan" has been a popular headline in German newspapers in recent days. The Pirate Party, which campaigns for Internet freedom, will hold a demonstration on Wednesday to protest against the Prism program.

"Mr. Obama, open this gate!" left-wing daily Die Tagszeitung wrote in a front page headline in English on Wednesday above a photo of the Guantanamo Bay prison camp on Wednesday

At the news conference, Obama reiterated that he still wanted to close Guantanamo, one of his may campaign pledges before the 2008 election.

When a German reporter remarked that he had failed to keep promises he had made, Obama gave a light-hearted but telling response. "One of the things I've discovered as a politician is that people don't always do exactly what you want -- it's shocking." 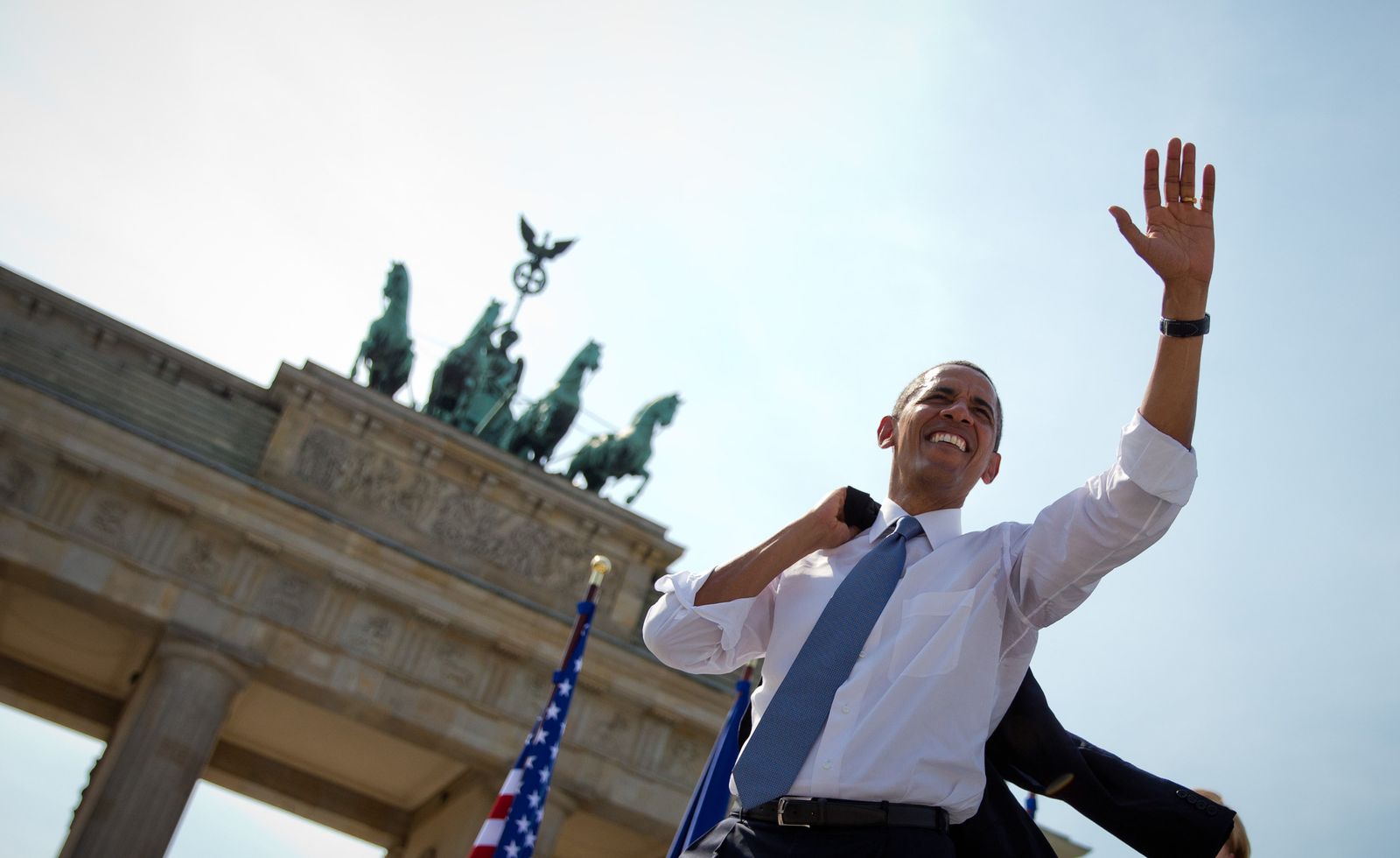 Job done -- Barack Obama waved to the crowd after holding a rousing speech to 4,000 invited government officials and students at the Brandenburg Gate on Wednesday. It was the culmination of his first official visit to the city as president.