SPIEGEL: Mr. President, why do you and the former presidents of Mexico and Colombia, Ernesto Zedillo and César Gaviria, want to liberalize drug use?

Cardoso: The drug problem endangers the Latin American democracies. Addicts are a case for the doctor, not the police.

SPIEGEL: You even want to allow cocaine? 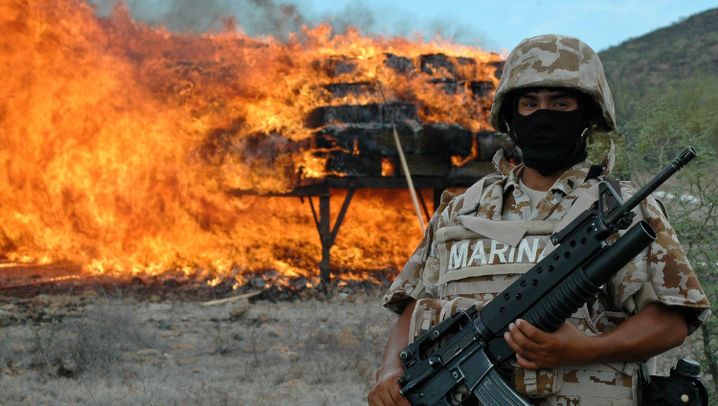 Cardoso: Many people in Brazil take drugs. During my term in office, we destroyed cannabis plantations, but it didn't do any good. With such a thriving market, there is always someone who will risk everything. We have to fight organized crime and, at the same time, decriminalize drug use for addicts.

SPIEGEL: But wouldn't that only further stimulate the demand for narcotics?

Cardoso: The only way to find out is to try.

SPIEGEL: Is the Brazilian government even prepared to handle an onslaught of addicts?

Cardoso: No, which is why it can't happen from one day to the next. If you don't reduce demand, the war is lost. We have to fight back with education. It's similar to the fight against AIDS: You can't ban sex, but you can make it safer. We were very successful with that in Brazil.

SPIEGEL: Washington spends billions of dollars on military and police assistance to fight the drug trade in Latin America. Is this a wise investment?

Cardoso: When I was in Colombia on a state visit, the general in charge of drug enforcement said to me: Although we are killing the smugglers here, we haven't managed to contain the smuggling. The profits are so immense that the ones who are killed are replaced right away.

Cardoso: The drug trade today is no longer vertically structured. Instead, it operates in small cells that can be disbanded at any time. Such structures are much more difficult to combat. Besides, Mexicans have replaced the Colombian drug traders. The United States pursues a two-faced policy: It bans drugs, and yet it permits the sale of weapons. As a result, the Mexican gangs go across the border to get their guns.

SPIEGEL: How do you feel about the use of military force against the drug mafia?

Cardoso: When I was president, Washington wanted to set up a joint military supreme command in the fight against drugs, but we never accepted it. The military is not well suited for the pursuit of criminals.

SPIEGEL: So far the US has advocated a tough anti-drug policy. Does US President Barack Obama see things differently?

Cardoso: There are some indications that he does. The old approach has failed. Afghanistan is the best example of that. Despite the presence of US troops there, opium production is flourishing. And drug use hasn't declined in the United States, either, where hardly any marijuana is imported anymore. Most of it is produced domestically.

SPIEGEL: After the US, Brazil is the second-largest drug market in the Americas.

Cardoso: Drug consumers are primarily from the middle and upper classes. These people must recognize that they are partly responsible for violent crime. Cocaine is becoming a people's drug. In every society, there is a certain percentage of addicts who are lost causes. Many others, however, could be saved. These are the people we have to reach.