A few years ago, critics from the United States and Europe gave their trading partner China a less-than-favorable name: In an insulting bit of latent racism, they dubbed the emerging superpower a "yellow peril." They warned of an army of Chinese minimum wage laborers, who would destroy entire industries in the West -- and with them millions of jobs. They also warned of growing political influence from the East, which could ultimately even lead to an erosion of human rights.

In recent months, the critics have gone quiet -- because they have far more important problems to worry about. Problems with many zeros on the end. At around $15.2 trillion (€11.1 trillion), the US government's debt at the end of 2012 could be as high as the amount of money the country generates in a year.

In Europe, the debt prognosis is hardly any better. Italy: €1.9 trillion (approximately 120 percent of annual economic output); Greece: €472 billion (150 percent). The debt clocks of America and the euro countries are ticking relentlessly, and the slogan "Money rules the world" is being given a new meaning. In record time, it seems the current global balance of power is shifting -- in favor of China.

On Monday, the US government fired an urgent warning towards Europe. The euro crisis threatens global growth, President Barack Obama said. "As long as this crisis is not solved, we will continue to see weaknesses in the global economy." But America itself is alarmingly high in debt; Obama's exhortation seems like cheap campaign rhetoric, a maneuver to divert attention away from his own serious problems.

China currently appears in quite a different light: The country has foreign exchange reserves of $3.2 trillion. The government is holding around a quarter of that in euro securities, mostly government bonds, said Daniel Gros of the Center for European Policy Studies in Brussels. According to the Financial Times Deutschland newspaper, China has more than tripled its financial commitment in Europe since 2007, and this trend is growing. His country was ready to "extend a helping hand" and to invest more in European countries and the US, Chinese Premier Wen Jiabao said on Wednesday. China has already bought Greek and Portuguese government bonds, and, according to a report by London's Financial Times this week, debt-ridden Italy has recently wooed Chinese sovereign wealth fund CIC for money.

America can only warn, while China promises salvation: This is the new creed of the global debt crisis. The supposed "yellow peril" has positioned itself as a "white knight" which promises not to leave its trading partners in Europe and America in the lurch.

The demands are not all new -- but China is pushing them with increasing intensity. This is especially shown by the discussion about the recognition of China as a market economy. This would happen automatically in 2016, but for China that is not fast enough, as such a recognition would at a stroke reduce many barriers to trade. In particular, direct investment in Europe would become much easier.

Europe must not be intimidated, however, because it is China's most important trading partner after the US. "The crisis in the euro zone is also hurting China," said Eberhard Sandschneider of the German Council on Foreign Relations (DGAP). "Not only because Beijing is holding a large amount of European debt securities, but also because the country wants to expand into Europe." In addition, Beijing has consistently stressed that the US dollar should be replaced as the key currency by a triumvirate of dollar, euro and Chinese yuan -- and therefore China wants to support Europe.

Thus, Europe's negotiating position is not all that terrible; it has more political leverage than it would appear at first. Not the least of which is the fact that the continent's ominous weaknesses act as a means of putting pressure on China; it might not be an over-exaggeration to say there is a certain balance of horror. If one fails, both fail.

Nevertheless, Europe will have to get used to the fact that China will be increasingly negotiating using the methods of the industrialized Western nations; that is to say, it will use its growing economic clout more and more as a political weapon.

"The behavior of the Chinese government in the euro crisis has become a whole lot more confident," said Sandschneider. "This is the new reality with which Europe and America must deal with constructively." 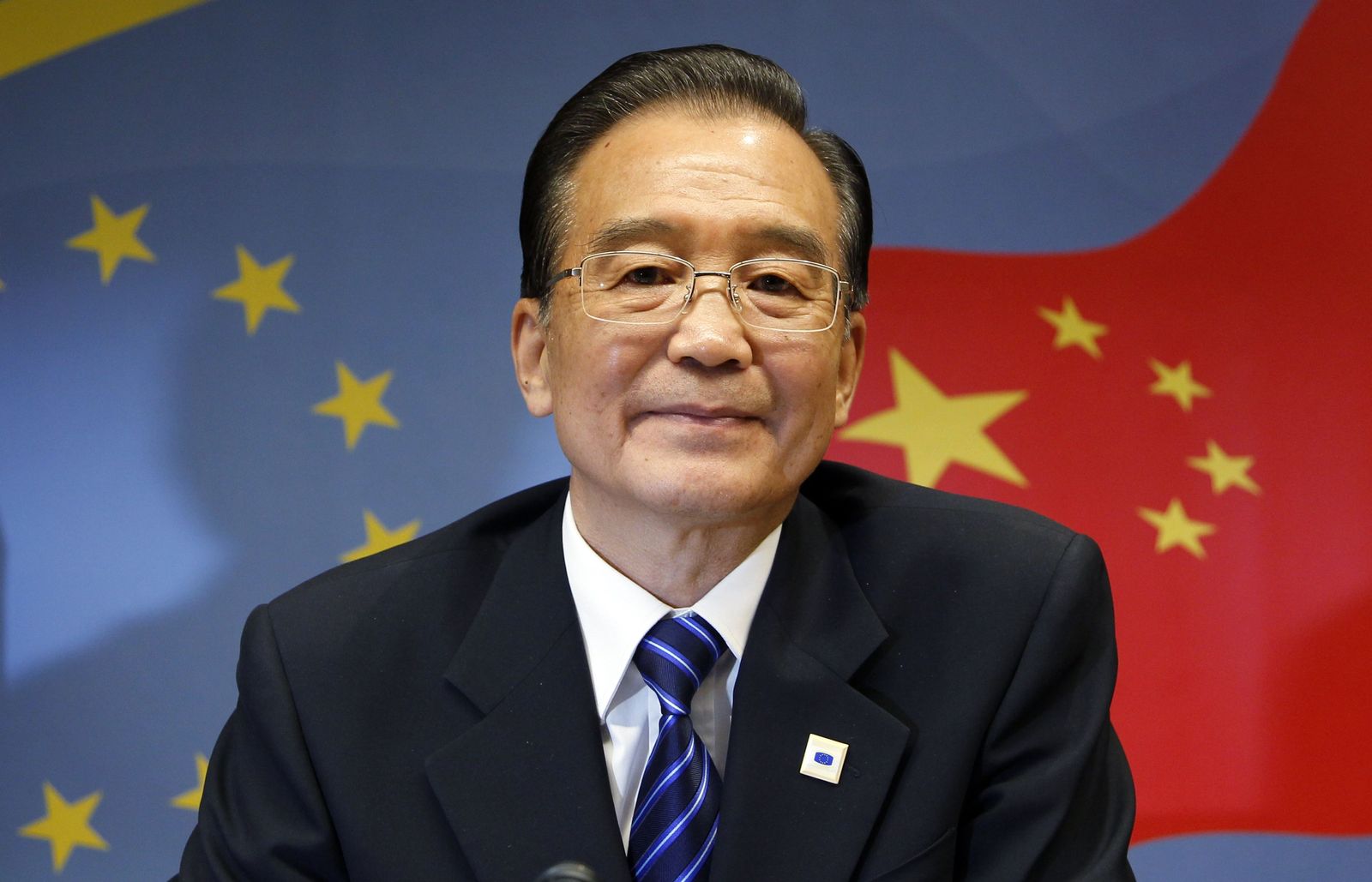 Chinese Premier Wen Jiabao has offered help to the US and Europe -- at a price.