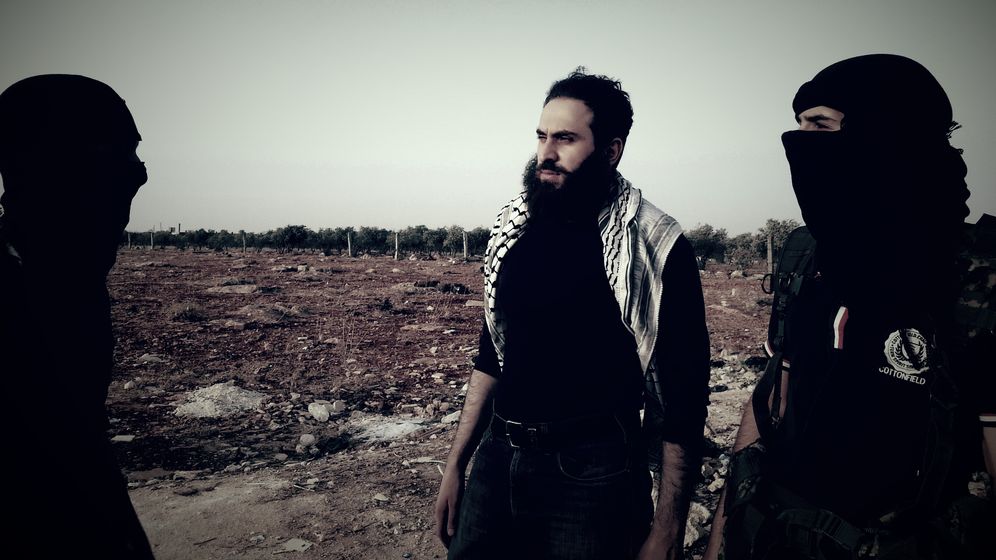 Photo Gallery: The Radicals of Belgium

Chantal Lebon last saw her son at a bus stop in Brussels. That was two years ago in October "at exactly 10:25 p.m.," she says. Abdel had driven his mother there in a car, stopped in a parking spot and lifted her suitcase onto the sidewalk.

"Au revoir, maman," he said. "Au revoir, mon fils," she replied. It was only months later that she would again see her son's face -- in a YouTube video. It showed him wearing a Palestinian keffiyeh and holding a Kalashnikov. The video was stamped with the flag used by the Islamic State in Syria.

Chantal Lebon is a small, energetic 64-year-old retired nursery school teacher with blue eyes and graying hair. She has come to a café to tell us the story of her son Abdel, the story of a Belgian child who became a radical Islamist fighter at the age of 23. Abdel had nothing to do with the attack plans in Belgium, his mother says. But, she confirms, her son is a jihadist.

On the way to the Brussels café, she saw the soldiers standing guard in front of police stations, court houses and the city hall. The Belgian government raised the country's terror alert to the second highest level after officials were able to foil attacks targeting police and Jewish schools earlier this month. At the European Parliament, events with more than 100 foreign guests have been banned and a military vehicle guards the entrance to the European Commission.

Since Jan. 15, the day two potential attackers died in Verviers during a police raid and the terror threat in the country became obvious to all, much has changed in Belgium.

Thirteen terror suspects have been arrested in the country this month, but the suspected ringleader of the alleged attack plans, a 27-year-old named Abdelhamid Abaaoud, remains at large and is thought to be in Greece. "I pray that Allah destroys all those who oppose Him," he said in a video. Like Chantal Lebon's son, Abaaoud also lived in Molenbeek, a district in western Brussels. Because she is worried that her son Abdel could be behind the next terror plot in Belgium, she would rather remain anonymous and her name, as well as that of her son, has been changed for this story.

Tiny Belgium and the Jihad

Up to 4,000 Europeans have joined the jihad in Syria, with 1,200 of them coming from France and between 500 and 600 each from Great Britain and Germany according to the most recent estimates by the International Centre for the Study of Radicalization in London. Tiny Belgium, with its population of 11 million, has sent fully 440 young men to the battlefields of Aleppo, Homs and Damascus. Relative to population size, no other Western European country has sent more.

Abdel grew up with his family in the Arabic quarter of Molenbeek. The Brussels region provides home to people from over 100 different countries: from Congo and Morocco, but also increasingly from the Middle East or Chechnya. New immigrants arrive in a traditionally Catholic country whose Jewish and Muslim communities are growing -- and a state that has been suffering from extremely high sovereign debt levels since the mid-1980s.

Abdel didn't grow up in poverty -- his father was a teacher -- nor did he have any problems in school. But because his father is from Africa, he is dark skinned and his mother said he never really felt like he belonged as a result. Furthermore, other children made fun of him. Once he got his high school diploma, he moved into an apartment of his own, though his mother came by regularly to clean. It was then that he told her that he had converted to Islam and she noticed he had begun learning Arabic. His room was suddenly full of books and his mother was initially pleased because it seemed as though her son was pursuing something worthwhile.

But Abdel's changes became increasingly pronounced. Before long, he began wearing a djellaba, the robe traditionally worn in the Maghreb, and when visiting his mother, he would use the bathroom carpet for praying. He no longer touched his favorite food, lasagna, because the meat wasn't halal. On Saturdays, he would take to the streets to hand out food to the poor. "Mother, please convert to Islam too," he often asked, she says, "so that we will meet again in paradise."

His mother pulls a tablet out of her bag to show the YouTube video. Five men with the black Islamic State flag are seen standing in a parched landscape. One of the fighters says: "God willing, we will carry the flag of victory to Jerusalem and into the White House. God willing, this man from Belgium will show us what a good Muslim is." Abdel looks happy in the video.

Abdel's mother says he would call from time to time, saying that he was engaged in humanitarian aid in Syria. He also told her of friends who had been killed, but he never complained, she says. Eventually, Abdel's mother stopped asking when he planned on returning. Her son also told her about air strikes carried out by the US. And at the end of December, he said: "Because the telephone is being monitored, it is too dangerous to talk, mama." He then hung up and they haven't spoken since.

In Molenbeek, where Abdel used to live, the streets are full on this evening. Groups of men stand in front of the cafés and a vegetable seller is packing up his tomatoes. Here, on the fourth floor of a narrow row house, Montasser AlDe'emeh opens the door. AlDe'emeh has become a popular interview partner of late for those wanting to know why Belgium is losing its youth to the jihad.

Twenty-six years old, AlDe'emeh was born to Palestinian parents in a refugee camp in Jordan, but grew up in Molenbeek. He majored in Islamic studies in college and is currently writing his dissertation: "Western Fighters in the Context of International Jihadism." There is likely no other academic in Belgium who is closer to the scene than he is.

"We are living in a divided country," AlDe'emeh says. Many young Muslims lack an identity, he says, adding that they don't feel Belgian because Belgium as a country doesn't really exist. Flemish, Walloons and the German minority live side-by-side, he says, carefully segregated in regions and language communities following myriad state reform efforts. "The clear structures of an Islamic theocracy are thus more attractive for many," he says.

Furthermore, most Muslims in the country don't really feel as though they are represented politically. They used to vote for the Flemish Social Democrats, AlDe'emeh says, but then the government implemented a ban on wearing the burqa and niqab in public. Today, the influx of radical Islamists is particularly significant in Flemish cities like Antwerp, Mechelen and Vilvoorde in addition to Brussels. It is precisely the same region where the right-wing populist party Vlaams Belang has spent years hounding the Muslim population.

Islam, as practiced in Belgium, is also failing to reach young people, AlDe'emeh says. There are 150 mosques in Flanders, but Arabic is spoken in almost all of them, he says, a language that second-generation immigrant youth can't understand. Instead, they stumble across hate preachers on YouTube and see the suffering of people in Syria. "They travel to Syria to heal themselves," AlDe'emeh says.

In June 2013, he visited a group of Belgian jihadists in Syria; a middleman brought him to the western part of Aleppo. The Belgians were living there in a villa belonging to Syrians who had fled the country. AlDe'emeh spent 15 days with the fighters, who belonged to the Islamist group al-Nusra Front. During the day, they patrolled the front lines and afterwards they would sit on pillows holding their AK-47s and talk about the fight against Bashar Assad. In the evenings, they went swimming or snuck across the border into Turkey to buy Nutella.

"Everyone knew exactly what he was supposed to do," AlDe'emeh says. "The Belgians were in good spirits. They liked the structures." Likely also because al-Nusra, similar to Islamic State, made young men like Abdel full-fledged members of a nation, fictional though it may be.

In the search for a sense of belonging, many Muslims joined Sharia4Belgium, a terror group that is currently the target of judicial proceedings in Antwerp. Forty-six alleged members of the organization have been charged, all suspected of having recruited fighters in Belgium for the jihad in Syria or of fighting there themselves. They also stand accused of having kept the US journalist James Foley prisoner. He was later decapitated by Islamic State. A verdict in the case is expected to come in February.

SPIEGEL was able to speak with one of the group's members by telephone. His name is Younes Delefortrie, a 26-year-old who was born in Belgium and who speaks perfect English. He says he spent two months in Homs, but insists that he didn't kill anybody. He says he joined Sharia4Belgium because he was uninterested in an Islam that didn't take its own rules seriously.

In Belgium, Delefortrie says, he felt discriminated against, specifically complaining that he hadn't been allowed to pray at work. He also said that there were so many regulations pertaining to the construction of mosques that when they were finished, they looked like garages. "If you spend years pounding on someone, it is only logical that he fights back," Delefortrie says.

Abdel's mother says that she now regularly meets in Brussels with 15 other mothers whose sons are also fighting in Syria. They met on the day after the attack on Charlie Hebdo in Paris. Abdel's mother told the gathered women of a dream she had had after seeing so much blood on the television. "I saw my son walking on a street in Paris. He wasn't carrying a weapon. He was peaceful." In the dream, Abdel then came home. He sat down silently in the kitchen and put his hands on the table. She went over to the stove and cooked him his favorite meal. Lasagna.