German Foreign Minister Guido Westerwelle is about to fly to Israel where he will hold talks with Prime Minister Benjamin Netanyahu among others. An important topic will be where Westerwelle sees the planned conference between the US and Russia as a possible foundation for a political solution to the civil war.

Addressing leaders of his Free Democratic Party (FDP) on Tuesday, Westerwelle painted a grim scenario of what would happen if the Syrian state disintegrated, warning that the civil war could spill over into neighboring Jordan and that the international community might be drawn into the conflict.

"There's concern in the foreign ministry and among the the FDP parliamentary group that there could be a military solution in Syria's case," said one lawmaker who took part in the meeting with Westerwelle. "The FDP leadership is worried that the US government could come under such pressure domestically and internationally that it would conclude it has to do something, and would then seek evidence to justify military intervention."

Similarities With Run-Up to Iraq War

Recent reports that chemical weapons had been used in Syria have sounded alarm bells in Berlin. There is no firm evidence of their use so far, and US President Barack Obama evidently doesn't want to be pulled into the war -- although he has described the use of chemicals by the Assad regime as a red line.

But talk of chemical weapons has awakened memories of the run-up to the 2003 Iraq war and of false intelligence claiming the regime of Saddam Hussein had weapons of mass destruction.

The picture is similarly unclear in Syria. British and American agencies have been supplying Germany with intelligence about Syria, but always in the form of intelligence assessments rather than concrete information such as exact laboratory data on soil samples that could point to the use of chemical weapons. As a result, it's virtually impossible to reach an independent conclusion, says the German foreign intelligence agency, BND. Westerwelle and Defense Minister Thomas de Maizière have therefore been cautious in their statements on Syria.

The BND doubts whether Assad is preparing a chemical war. Aerial reconnaissance hasn't shown any indications that the government is activating ballistic missiles that would be necessary for a major chemical attack, say experts. But they add that the regime may be using chemical weapons material in smaller doses against the rebels to test whether and how quickly the West will find out.

Westerwelle is worried that the Syrian conflict could end up forcing Germany into a similar dilemma as did the Libyan conflict two years ago when Germany abstained in a UN Security council vote on NATO air operations to support rebels against dictator Muammar Gadhafi. Germany, and especially Westerwelle, drew criticism at home and abroad for that move.

Westerwelle has adopted a more flexible stance in the last two years. But he, like Chancellor Angela Merkel, has been extremely skeptical about whether the rebels should be armed. He keeps repeating that his foreign policy is firmly based on a "culture of military reticence." 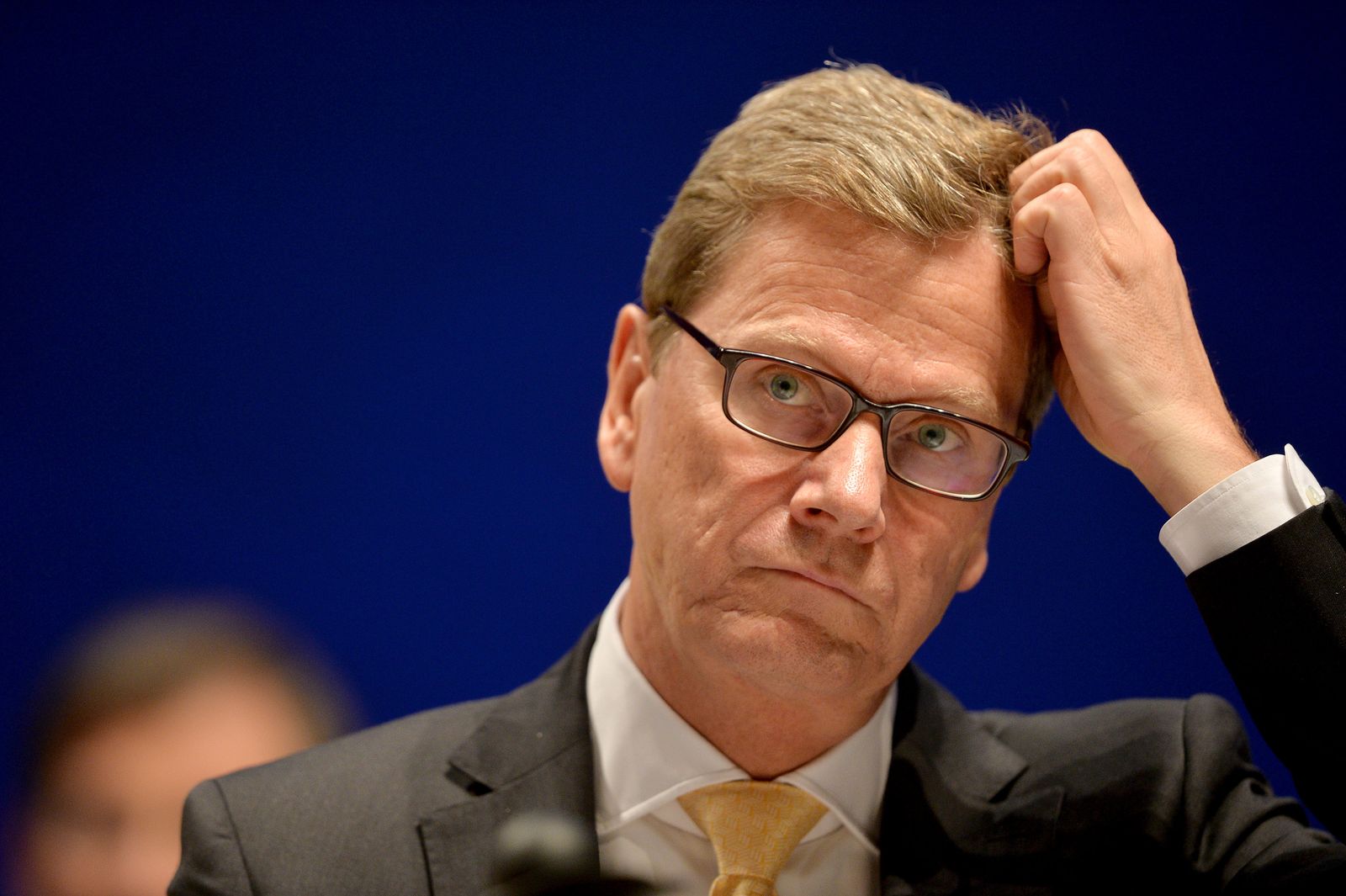 German Foreign Minister Guido Westerwelle. Germany is worried that fears over chemical weapons could lead to military intervention in Syria.