Perhaps the judges of the Berlin administrative court should have known better after the violent protests by Muslim radicals in the German cities of Bonn and Solingen. When the small right-wing group "Pro Deutschland" made plans in mid-August to demonstrate in front of Berlin mosques, the court rejected an injunction to prevent the group from showing caricatures of the Prophet Muhammad. It found no "danger to public safety that would necessitate police intervention."

The court's decision at first seemed to hold true. On August 18, a few dozen supporters of Pro Germany protested in front of a mosque in the Berlin district of Wedding, as well as two other places of worship in the district of Neukölln, holding up a couple of caricatures of the Prophet. Hundreds showed up for counter-demonstrations.

But the stunt appears to have lit a time-delay fuse. The danger to public safety arose weeks later, more than 4,000 kilometers (2,500 miles) away in the Sudanese capital of Khartoum. On the first Friday of September, radical Muslim preachers mentioned the judges in their sermons, railing against the infidels and the ruling in Berlin. Four days later, on September 11, Islamic groups decided to unleash their anger in a demonstration at the German embassy after that week's Friday prayers.

Security officials in Germany believe there is a good chance that the Pro Deutschland protests in Berlin were the trigger for the attack on the embassy in Sudan last Friday. And they fear the violence could spread to Germany as well. The Federal Criminal Police Office (BKA) warned in a confidential report that Germany should brace for violent actions and even acts of terrorism. Ralf Jäger, interior minister of North Rhine-Westphalia, where Bonn and Solingen are located, raised security precautions in the western German state.

After their protests last week, the far-right activists of Pro Deutschland upped the ante when they posted the 14-minute trailer of the anti-Islam film "Innocence of Muslims" on their website - allegedly in reaction to the anti-American riots in Egypt and Libya. The group said those events were "analogous to the riots of Salafists in Solingen and Bonn," and that they would not allow themselves to be "intimidated in the fight against the Islamization of Germany."

Last Thursday the BKA sent a report to Berlin on the current "threat level" posed to German establishments at home and abroad. The three-page document mentioned a statement from the Sudanese foreign ministry that referred to an "increase in insults to Islam in Western states."

The BKA took that as evidence that the anti-Islam video on Youtube will reach "a broad majority of Muslims" and cause offense "beyond the riots that have taken place in Egypt, Libya and Yemen." It added that even Muslims in Germany could feel called upon to carry out actions against American and Jewish establishments.

On Friday morning, the German Foreign Ministry summoned the Sudanese ambassador in Berlin as a precautionary measure. The Germans made clear that they expected the Sudanese government to protect German representatives in Khartoum. How little the Sudanese were willing or able to do so became apparent later that same day.

Jäger, North Rhine-Westphalia's interior minister, said he viewed the images from Sudan with concern. In May, after the riots by Muslim radicals in his state, he had said he was "appalled by the hatred shown by the Salafists." In light of the recent violence in Sudan, he said he would "immediately keep closer tabs on leaders of the Salafist scene in North Rhine-Westphalia." However he also placed blame on the actions of far-right groups, saying on Sunday: "Pro Deutschland is conducting spiritual arson. By showing the anti-Islam video, Muslims in Germany will be deliberately provoked."

Pro Deutschland chairman Manfred Rouhs rejected Jäger's accusation. "For us, this is about freedom of art and opinion," he said, reserving the right to hold a public screening of the film in its full length in Berlin in the near future. 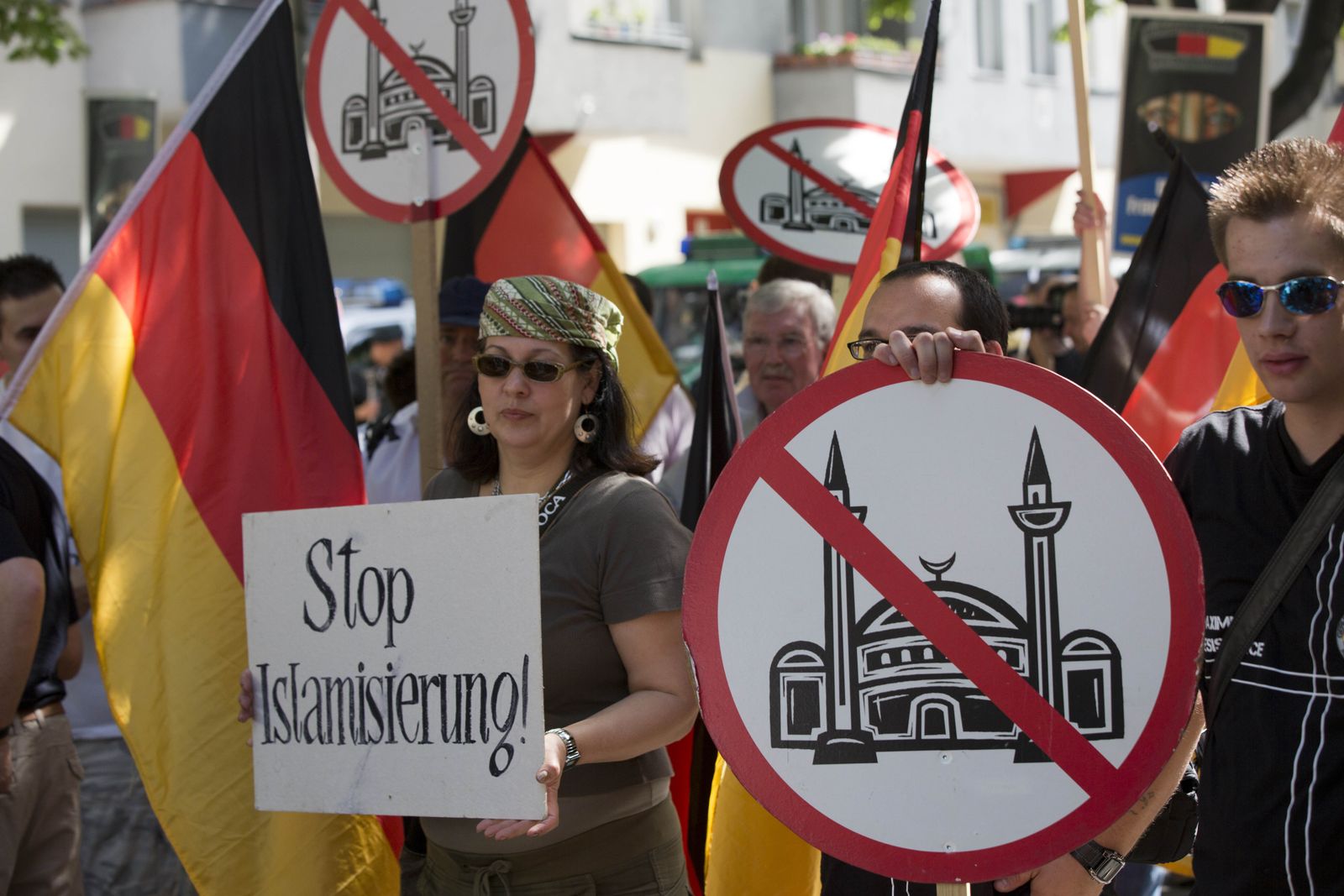