By calling for the withdrawal of Germany from NATO nuclear sharing, Rolf Mützenich, parliamentary group leader for the center-left Social Democrats (SPD), has put into the public square what has been simmering away quietly in Berlin for months: an important debate over Germany’s participation in NATO nuclear sharing. Mr. Mützenich believes policies of the current U.S. administration make the use of nuclear weapons much more likely, leading him to call for Germany to leave NATO’s nuclear sharing arrangement. No longer limited to German think tank monographs or twitter debates among specialists, the German role in shoring up nuclear deterrence in defense of NATO is now open for debate.

As Americans with over 60 years of experience working with Germany on defense and security issues, we knew this debate was coming long before the current U.S. administration fueled it. Because Germany's fleet of Tornado aircraft, which are capable of delivering a nuclear bomb on NATO command, needs replacement, German defense experts began to discuss whether the country should continue to participate in the NATO nuclear mission and so bear the extra expense of their aircraft being "nuclear capable.” Now that the nuclear issue is being debated outside the small circle of experts, some Germans are asking whether the nation is still comfortable with pilots flying nuclear missions that could make German cities vulnerable to nuclear retaliation.

Michèle Flournoy is co-founder and managing partner of WestExec Advisors, a strategic advisory firm based in Washington, D.C. She served as U.S. undersecretary of defense for policy from 2009 to 2012 as is considered a possible candidate for the secretary of defense position should Joe Biden win in November.

Jim Townsend is an adjunct senior fellow at the Center for a New American Security in Washington, D.C. He served for 34 years in the Pentagon and at NATO, the last eight years as deputy assistant secretary of defense for European and NATO policy.

As U.S. defense experts, we know well the technical issues that are part of this debate, from deterrence theory to the practicalities of delivering a nuclear device on target. But as Americans, this debate is about much more than technical specifications.

The U.S. and NATO member states - including Germany – made a solemn vow that in return for the U.S. extending its nuclear shield over Europe, allies would share in the burden and risk of carrying that nuclear shield. In making that vow, the U.S. consciously accepted the risk that this guarantee to Europe also made U.S. cities vulnerable to attack. Sharing this nuclear risk together strengthened trust and solidarity among the allies and cemented the nuclear coupling of the U.S. to Europe. A Russian nuclear threat aimed solely at Europe would not split off the U.S., but would be answered with U.S. nuclear weapons in Europe delivered by Europeans. The Russians would never be able to blackmail Europe alone with nuclear weapons, without Europe having a NATO nuclear response.

A Significant Break with Tradition

To Americans this is a solemn undertaking. Germany walking away from this vow to share the nuclear burden, this expression of solidarity and risk sharing, strikes at the heart of the trans-Atlantic bargain. If other NATO members who share the nuclear burden and risks were to follow Germany’s example, the bargain sustaining U.S. extended nuclear deterrence to Europe would collapse and the U.S. umbrella would essentially be decoupled from Europe. For a nation that prides itself on its multilateralism, undermining this multilateral effort at NATO would be a significant break with German tradition.

While some might argue that this arrangement is a relic of the Cold War, the return of a more revisionist Russia that actively seeks to undermine trans-Atlantic unity is investing heavily in modernizing its nuclear arsenal (including weapons aimed at Europe), and whose military doctrine calls for "escalating to de-escalate” - that is, using nuclear threats early in a conflict to try to break an adversary’s resolve – makes this debate highly relevant to today’s security environment.

Having a public discussion about Germany’s military role in NATO, encompassing everything from nuclear policy to the rationale for even having a military, is important for Germany to have – not just to educate politicians and the public on military and defense issues, but also to help rebuild a "strategic mindset” within German consciousness about geopolitics and Germany’s place in the world.

As a result of German history in the last century, Germany’s willingness to think strategically atrophied because it shied away from geopolitics and focused instead on being the best European in the EU and a model NATO member. But time and events have thrust the mantel of European leadership on Germany. It is no longer good enough for Germany to simply strive to be "the best European,” it must now lead the nations of Europe as well as be a global player to protect German and European interests abroad. And being the leader in Europe in a time of geopolitical upheaval means sharing the heavy burden of security and defense.

There is also a significant benefit to Germany’s participation in NATO nuclear sharing: Because Germany plays such an active role in nuclear sharing, it has a strong voice in shaping NATO nuclear policy and in the deployment of nuclear weapons in Europe. Germany has a seat at a very exclusive table in Brussels and plays a strong role in deciding what happens at that table. Should Germany walk away from its nuclear role, its voice would be significantly weakened. NATO nuclear consultation with Germany would become pro forma as Germany would join the ranks of just a handful of allies who do not actively participate in the nuclear mission – hardly a position befitting the leading nation of Europe.

Germans rightly proud of their NATO heritage should be alarmed too at the signal that would be sent by shedding its critical role in nuclear burden-sharing. Already criticized by allies for not making greater strides toward increasing defense spending despite its prosperity, if Germany were to cast off another NATO obligation, and a critical one at that, it would only fuel a narrative that Germany does not take its NATO obligations seriously.

Germans should be well aware that Russia is on an aggressive path. NATO deterrence - nuclear and non-nuclear – must make Russian President Vladimir Putin stop and think about the costs and risks of any further Russian adventurism, potentially on Germany’s border with Poland or the Baltic states.

If Germany was to leave the nuclear sharing arrangement, other allies would have to pick up the additional missions dumped on them by Germany. That would lead allies to doubt Germany’s reliability when it comes to their defense, especially those allies in the east. The trust among allies and the unity of the alliance would be dealt a critical blow, which would weaken Europe’s defense, for it is NATO unity that is its greatest deterrent. It would also give Putin a big win without him having to lift a finger.

Allies debated whether to bring Germany into NATO in 1955 but eventually agreed that the German people would bring strength and fortitude with them into the alliance. Considering all that Germany has done for NATO since then, it was a good decision. Should Germany now choose to walk away from its nuclear responsibilities, not only would NATO lose its strong partner in nuclear sharing, but Germany would lose much more – the esteem of its allies, and especially of that ally who has championed Germany in NATO from the beginning and who willingly puts itself at risk for Germany’s defense.

Before this debate goes much further in Germany, Mr. Mützenich should be aware that the U.S. presidential election will take place in November, and his negative view of working with an American administration in NATO on nuclear sharing may change. 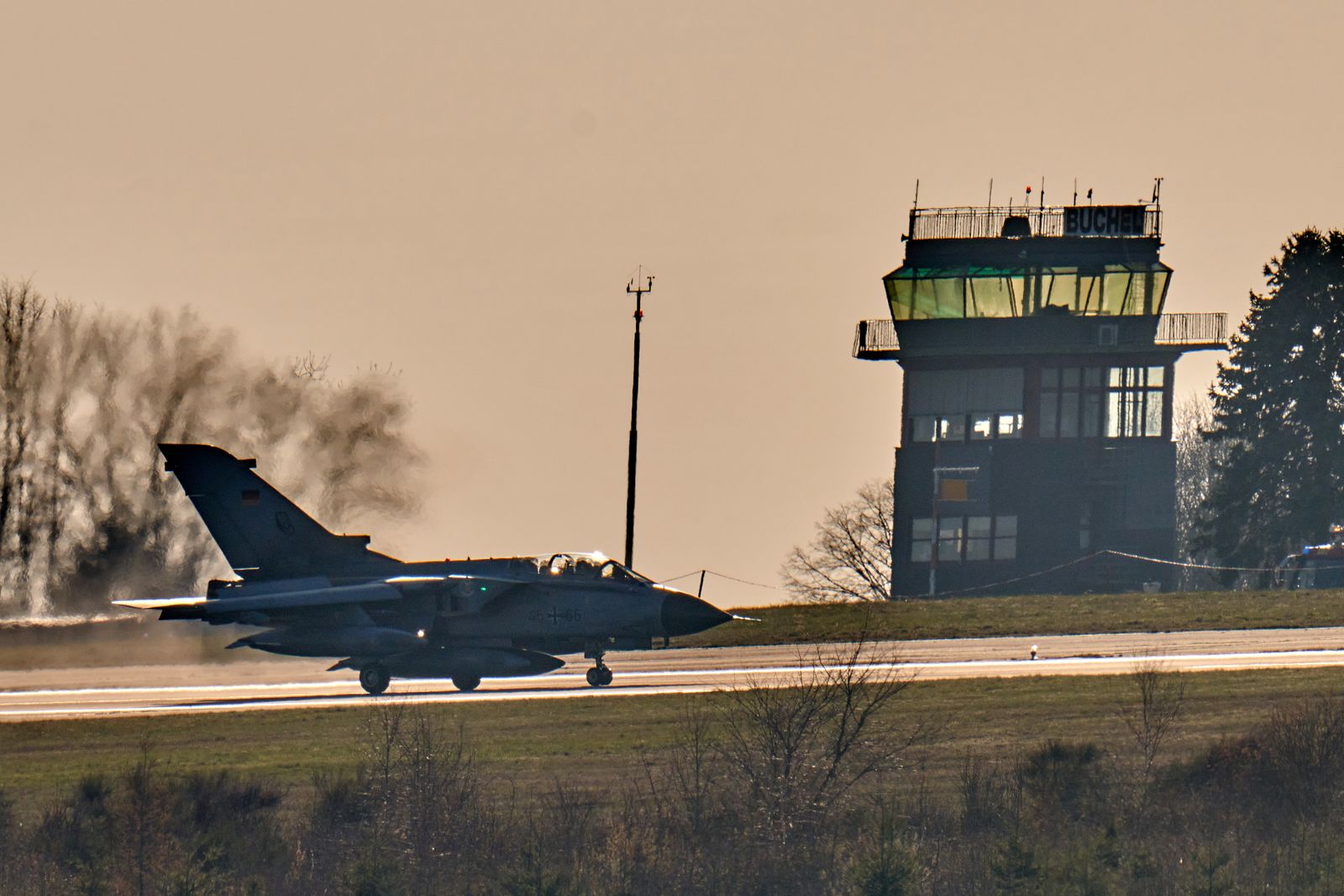 A Tornado jet at a German air base in Rhineland-Palatinate 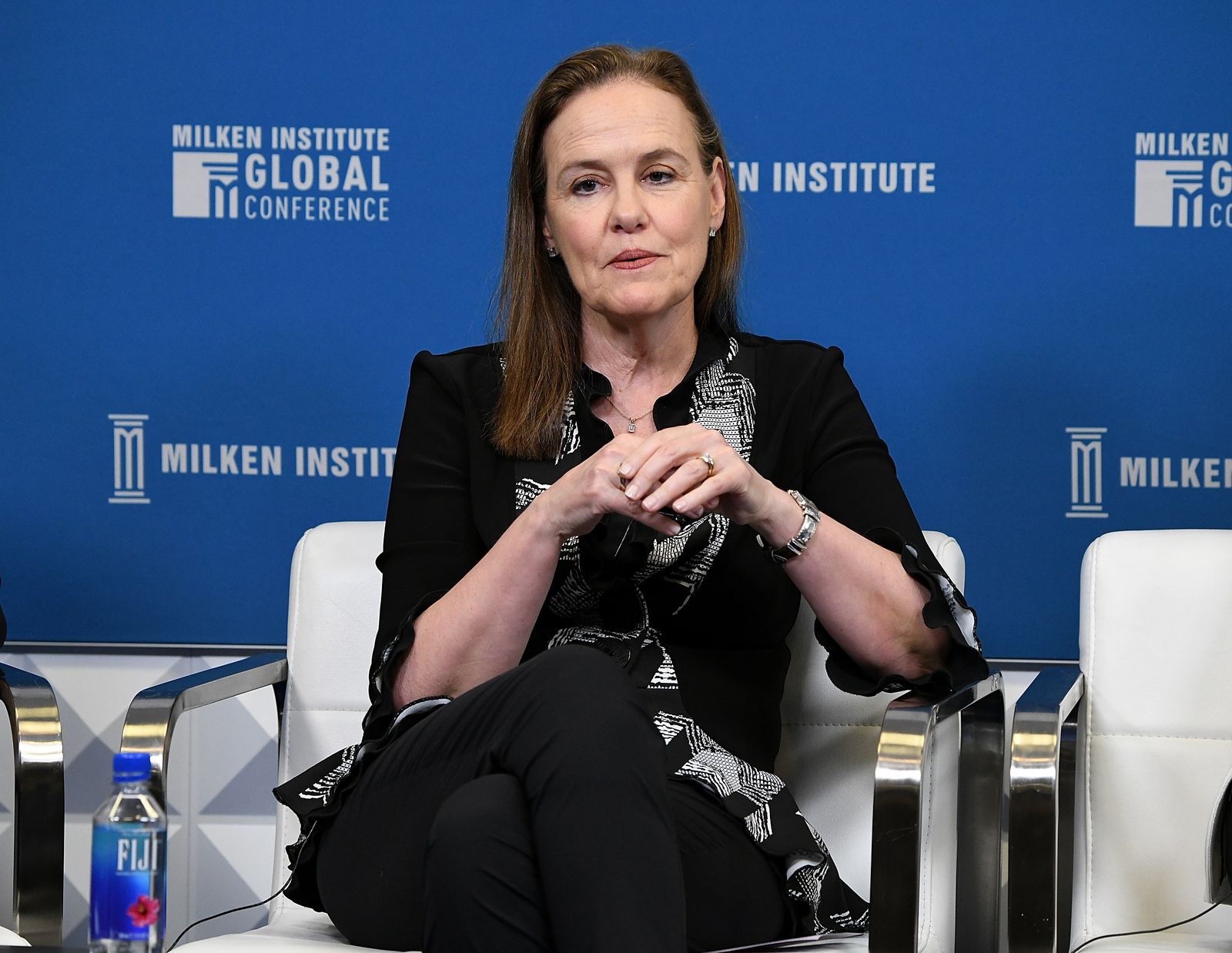 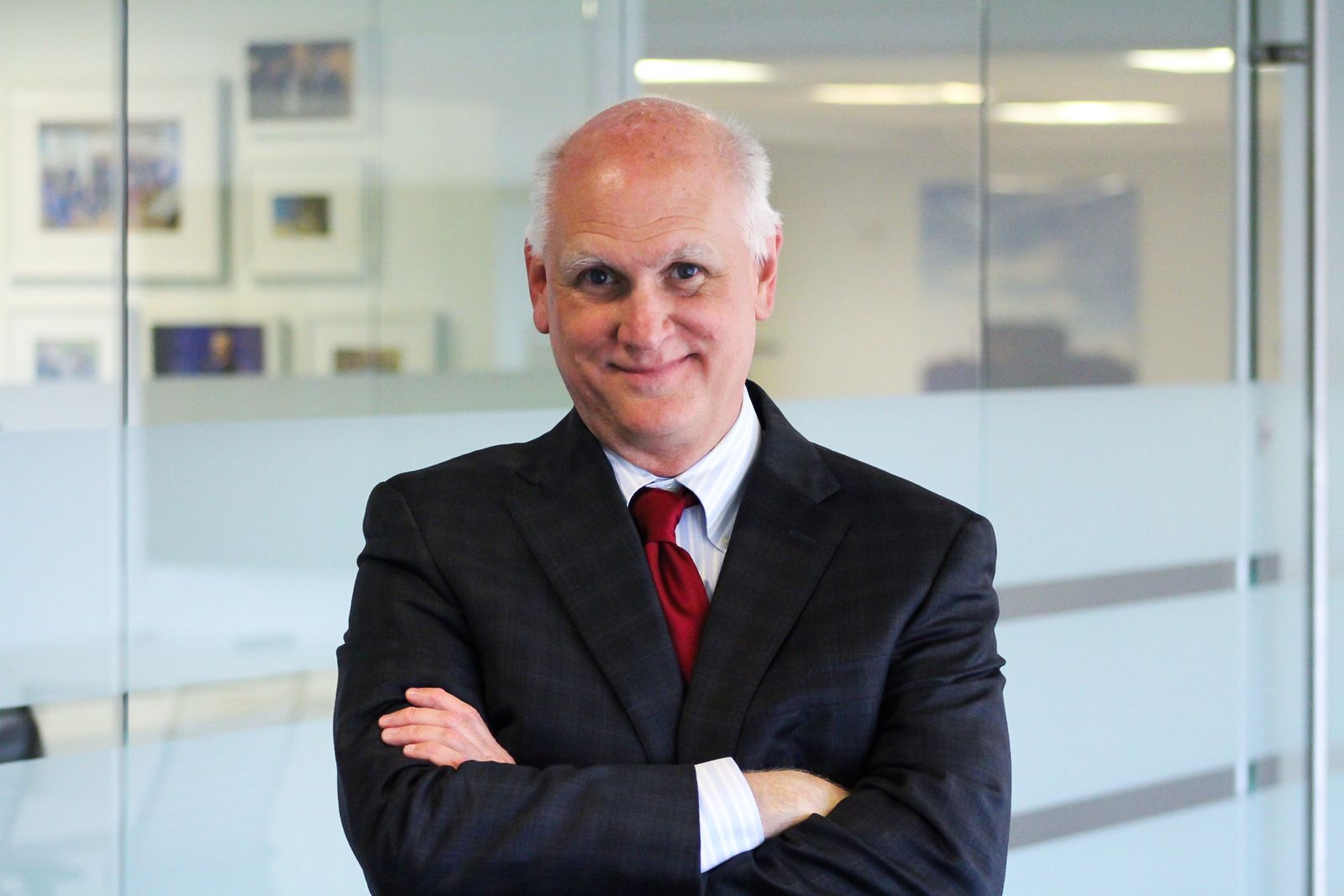 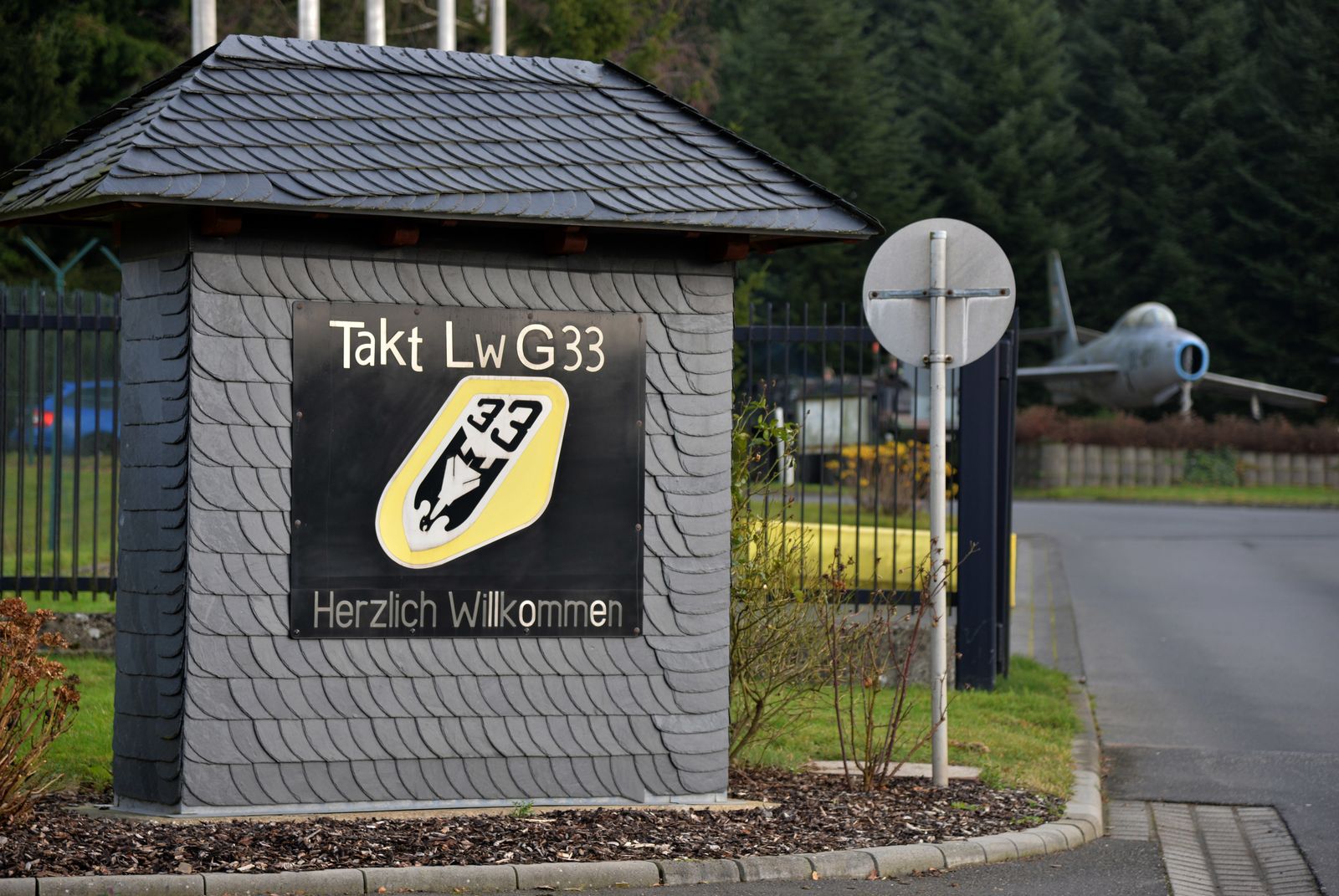 Entrance to a German air base.