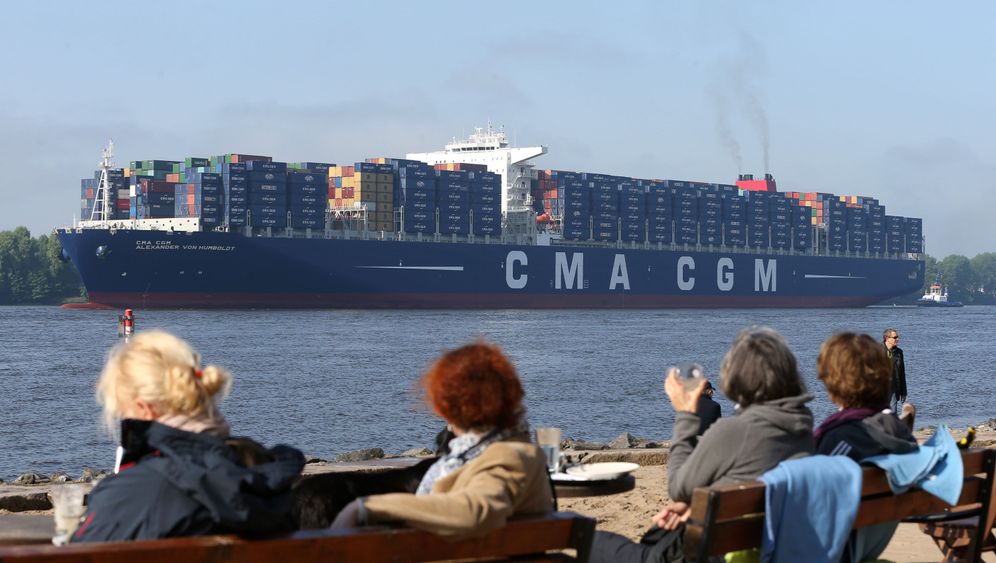 The twin sister of the world's largest container ship was set for inauguration in the German port of Hamburg on Thursday.

At 396 meters (1,300 feet) long, the mammoth vessel can carry some 16,000 shipping containers, and will frequently travel to the northern German city. Dubbed the Alexander von Humboldt, it was made by French shipbuilder CMA CGM in the image of the Marco Polo, which was inaugurated in December 2012 -- making both boats the largest in the world.

A third ship of the same size, the Jules Verne, will be christened in the French port of Marseille in the coming weeks, at which point the superlative title will belong to the trio.

But not for long. The competition to create ever-larger vessels will continue, with Danish shipbuilder Maersk planning to dedicate a behemoth ship that will hold some 18,000 containers on June 28 in Korea. That ship is expected to arrive in the German port of Bremerhaven in mid August.

The latest giant ship christening in Hamburg on Thursday is being interpreted as a signal to the port, which cannot fully accommodate ships of that size. Plans to deepen the Elbe River entry to the harbor have been put on hold due to environmental concerns.