The German government has so far claimed that it knew nothing of the United States' Prism spying program, revealed by whistleblower Edward Snowden last month. But parts of a confidential NATO document published by daily Bild on Wednesday show that the German military, the Bundeswehr, may have already been aware of the National Security Agency's operations in 2011, the paper alleged.

The document, reportedly sent on Sept. 1, 2011 to all regional commands by the joint NATO headquarters in Afghanistan, gives specific instructions for working together on a program called Prism, which the paper said was the same as that run by the NSA. According to Bild, the document was also sent to the regional command in northern Afghanistan, for which Germany was responsible at the time under General Major Markus Kneip.

Should the media report be confirmed, Berlin's claims of ignorance will prove to have been false. But on Wednesday afternoon, Chancellor Angela Merkel's spokesman Steffen Seibert denied the Bild story, saying that the document referred to a separate program that had been run by NATO troops, and not the US. The programs were "not identical," he said.

The BND, Germany's foreign intelligence agency, also weighed in with a statement, saying that the program had not been confidential and was also not the same as the NSA's Prism operation. "The program called Prism by the Bild report today is a NATO/ISAF program that is not identical to the NSA's program," it said. "The BND had no knowledge of the name, range or scope of the NSA program."

According to the document cited by Bild, as of Sept. 15 that year, regional commands were instructed to apply for monitoring telephone calls and e-mails, according to the document, in which Prism is named at least three times. "Existing COMINT (communications intelligence) nominations submitted outside of PRISM must be resubmitted into PRISM IOT," it reads.

It also states that access to the Prism program is regulated by the Joint Worldwide Intelligence Communications System (JWICS), which is used by various US intelligence services to transmit classified information.

The purpose of all this was to "submit the telephone numbers and email addresses of terrorists into the surveillance system," the paper reports.

It also claims to have seen documents indicating that the BND, Germany's foreign intelligence agency, provided such telephone numbers to NATO, where they were ultimately fed into the surveillance system as well.

The reason for the NATO order was that the NSA's director had tasked the US military with coordinating surveillance in Afghanistan, Bild reported.

The German Defense Ministry told the paper that it had "no information and knowledge of such an order," but would be looking into the matter.

In response to the report, Green party parliamentarian and defense spokesman Omid Nouripour told SPIEGEL ONLINE that Defense Minister Thomas de Maizière must clarify the situation. "These circumstances destroy the government's line of defense" on the NSA scandal, he said. Chancellor Angela Merkel's center-right coalition can "no longer claim it didn't know anything about Prism."

As more details emerge about the scope of the NSA's worldwide spying program and Germany's alleged role in the surveillance, the scandal is becoming a central issue in the country's campaign for the upcoming general election. Germans are particularly sensitive about data protection because of their history of state encroachment on civil liberties, first under the Nazis and then in communist East Germany. And if it turns out that Berlin knowingly tolerated and participated in the NSA activities, many would see it as a betrayal by the government. 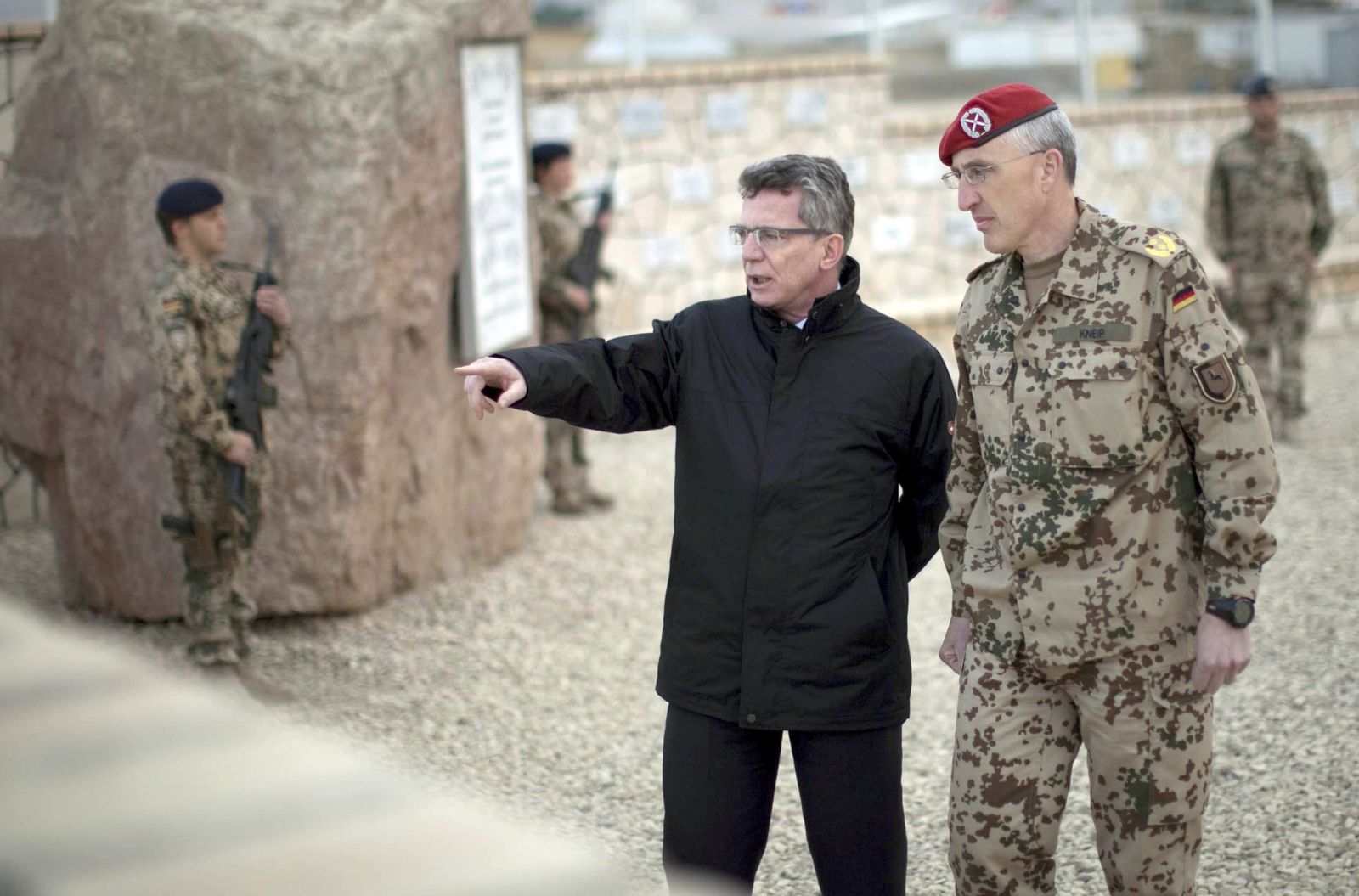