The advent and development of cyberspace is transforming our world and revolutionizing our everyday lives. This may become a global challenge and require a global, coordinated response. However, until now, the debate around what form this response should take has been fragmented and lacked focus.

The United Kingdom believes this must change. More international consensus is urgently needed. And this needs to be a collective endeavour, involving the major actors in cyberspace.

That is why I have invited representatives from not just governments, but also civil society and business to the London Conference on Cyberspace on Nov. 1-2. No one government, or country, has the answers. Together we must begin to address how we can maintain the economic and social benefits of the Internet and guard against the criminal and security cyber threats without suffocating future innovation.

A Critical Part of Our Economies

Access to the Internet has grown at an incredible rate: from 16 million users in 1995 to nearly 2 billion today. This rapid development of the Web, with its connective power, has created enormous economic and social opportunities which we couldn't have foreseen less than two decades ago.

The expansion of our networked world is in all our interests: For every 10 percent increase in broadband access, it is estimated that global gross domestic product will rise by an average of 1.3 percent. As well as encouraging competition and efficiency, it is opening up new markets.

Web-based industry has already become a critical part of our economies. The UK's industry is already worth £100 billion (€115 billion), accounting for 8 percent of our total GDP, and is forecast to grow at 10 percent over the next four years. Globally, e-commerce sees $8 trillion change hands each year.

In an increasing number of countries, we now rely on the Internet for almost everything we do, from getting our job done and learning new skills to keeping in touch with friends and even paying our taxes.

The web also fosters innovation and creativity, as well as educating whole generations, not least by granting rapid access to information and ideas. On Google alone, over 1 billion searches are made every day.

Our reliance on cyber blurs geographical boundaries, breaks down traditional cultural and religious divides, brings families and friends closer together and enables contact between those who share common interests or concerns. It has changed the way we all communicate.

The Internet has fostered transparency and allowed individuals to hold their governments to account. For some, the opportunities are far more profound. The Arab Spring has shown how the ability to share ideas has brought previous unimagined changes and helped ordinary citizens to stand up against oppressive regimes, highlighting their brutality to the rest of the world.

The provision of public services, the response to emergencies and natural disasters, as well as the ability to solve crimes are being improved immeasurably through the use of cyber.

In developing countries, the Internet is already making a difference and giving many a better future, from educating rural communities to enabling the remote monitoring of HIV patients and predicting outbreaks of disease.

But the rise of the networked world has also produced significant challenges which undermine these benefits and pose a serious threat to reaping the full potential of a cyber world.

Progress has been made in recent years to enhance global connectivity. Yet the digital divide remains substantial: 95 percent of Icelanders have Internet access, compared to only 0.1 percent of Liberians. Two-thirds of the world's population is still unable to log on.

Cyber also provides opportunities for criminals, who use it to steal identities and ideas, defraud governments and businesses, as well as exploit the most vulnerable in our societies. The financial cost of cybercrime is substantial, as much as $1 trillion per year globally. The human cost is far greater. Terrorists also use the Internet to plan murderous attacks and flood chat rooms with their poisonous ideology to recruit the next generation.

Repressive governments use advances in technology to violate their citizen's rights; restricting privacy and freedom of expression and preventing access to information that so many of us take for granted. It has also opened up new channels for states to launch hostile attacks on one another by damaging infrastructure or stealing secrets, this has promoted a fear of "cyber war". The threat is real: There are approximately 20,000 malicious e-mails sent to British government networks every month; 1,000 of these were deliberately sent to attack these networks.

We do not underestimate the difficulties ahead. Some countries do not share our view of the positive impact of the Internet. Achieving the broad, international consensus we need will not be easy. It will take time.

This is one of the great challenges of our time. Nobody controls the Internet; and we can't leave its future to chance. We have the opportunity to secure a bold and innovative future but we also face the risk that the Internet is used as a force for harm. We must start to act now if we are to protect and preserve the tremendous opportunities that the development of cyberspace offers us all.

In London, we hope to set an agenda that will allow the world to enjoy the full benefits of a safe and secure cyberspace for generations to come. 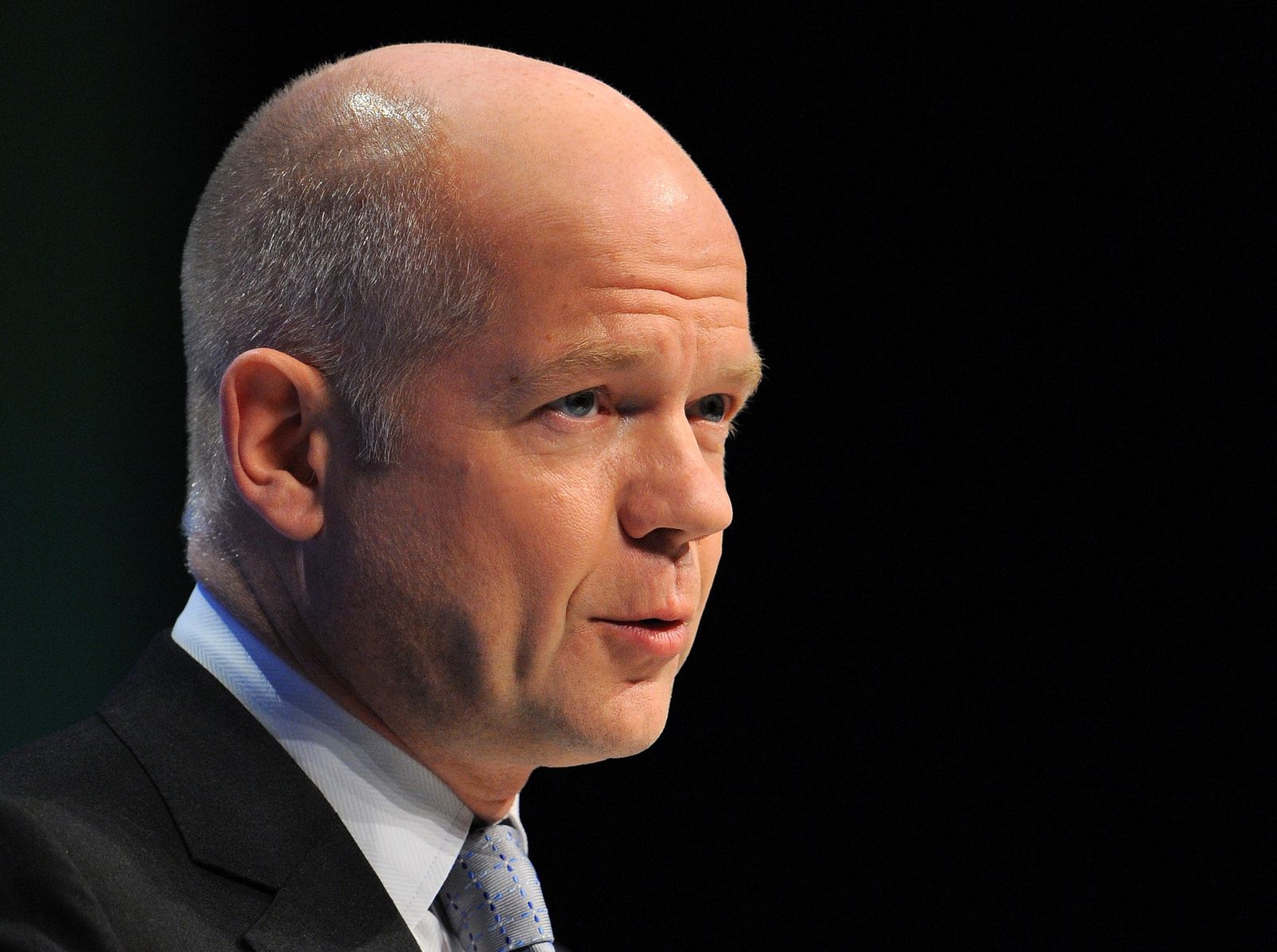