The visitor to America was impressed by what he found. In the "magic garden of the United States," wrote the German banker Ludwig Max Goldberger in a 1903 book describing his travels through the US, he had seen an "absolutely tremendous level of activity by purposeful men who took pleasure in their work." One had to admit that the US and its self-confident population have an "amazing grandeur," he added. America, he wrote, coining a famous phrase which also formed the title of the book, was "the country of unlimited possibilities."

In his book, written for his compatriots back home in Germany, Goldberger described the rise of an economic superpower. But more than 100 years later, his description no longer seems fitting. Indeed, it reads today more like a caricature than a travelogue.

The economy of the "magic garden" is struggling, a massive debt crisis is threatening the prosperity of Americans and the unemployment rate remains stuck around the 9 percent mark. There is political gridlock in Washington. Books about the decline of America can be seen in bookstore windows, promising to explain how and why the US lost its way. It's been a long time since US President Barack Obama was seen as offering hope.

The fact that nothing works in Washington was evident once again on Monday evening, when a special US congressional deficit "supercommittee" officially announced that the panel had failed to reach an agreement. "After months of hard work and intense deliberations, we have come to the conclusion today that it will not be possible to make any bipartisan agreement available to the public before the committee's deadline," said the committee, made up of six Democrats and six Republicans from the House of Representatives and the Senate, in a statement.

The supercommittee, which was set up in August, has failed to reach its goal of agreeing on budget cuts worth $1.2 trillion (€890 billion) over the next 10 years. The aim was to help reduce the US's massive public debt, which currently stands at just over $15 trillion.

Individual representatives and senators have rarely had so much power. Yet seldom have they had such a bad image. According to opinion polls, the Congressional approval rating has fallen to an abysmal 9 percent -- and that was before the failure of the committee.

Now, according to the deal that the parties made when they set up the committee, automatic, across-the-board spending cuts worth $1.2 trillion are to kick in. Social spending programs, such as Medicare, will be hit hard. So too will the defense budget. Obama's Defense Secretary Leon Panetta has said the cuts will be devastating to the armed forces.

Not surprisingly, the two sides quickly began blaming each other for the failure. The Republicans accuse the Democrats of not wanting to make tough cuts in the social sector and insisting on higher taxes. The Democrats saw the talks as an "opportunity to raise taxes," said Republican Senator Jon Kyl, a member of the supercommittee.

The Democrats, for their part, complain that the Republicans wanted to cut social spending too much and were too opposed to higher taxes. "We got totally hung up by people who were insisting that not only could they not raise any additional revenue from the wealthiest people in the world, but they wanted to give them an additional tax cut," said Democratic Senator John Kerry.

The mirroring allegations only serve to further worsen the crisis of confidence between the general public and the US political elite. Both sides, of course, had proposed tentative compromises in recent weeks, but none of them prevailed. The result was confrontation instead of compromise -- and a continuation of the kind of gridlock that has become prevalent in Washington.

Indeed, the very word Washington has become a curse word in the rest of the country. That, of course, is not exactly a new phenomenon. The American understanding of freedom, unlike in Europe, has always been dominated by the desire to constrain the power of central government. But now, ultra-conservative forces such as the Tea Party movement are dominating the debate. It sees the state as its enemy. It was Tea Party supporters in Congress who almost drove the US into default during the summer. The outcome was the setting up of the supercommittee.

Does this mean that America is on the verge of a systemic crisis? One thing is clear: People no longer have any inhibitions about calling for reform of the republic's institutions. After the failure of the supercommittee, Rick Perry, one of the Republican presidential candidates who are looking to woo the Tea Party, announced that as president he would "overhaul" Washington, which he considers to be "broken." His plan foresees a "part-time Congress," a balanced-budget amendment to the constitution and -- surprise, surprise -- massive tax cuts.

The failure of the bilateral committee means that the election campaign will now start in earnest. The two parties will play pass-the-buck, squabbling over who is responsible for the lack of agreement. After that, the focus will shift to individual issues that the supercommittee should in theory have already helped to settle: What will happen to benefits for the long-term unemployed, which Congress will have to renew at the end of the year? What will happen with payroll tax reductions for workers, which are also about to run out?

For his part, Obama will go after tax cuts for high earners that were put in place by his predecessor George W. Bush and which are due to expire in 2012, having not been rescued by the supercommittee. The catch is that Obama himself already extended the tax cuts once, because they also help the middle class. That is something that the Republicans will not forget to mention.

If the political pain for both sides exceeds the expected benefits in the fight for the presidency, then a new attempt to reach a compromise is imaginable. After all, the automatic spending cuts only begin in January 2013. There is still time to reach a deal.

First, though, further confrontation would appear to be pre-programmed. Immediately after the committee's failure, Republican leaders sought to remove the Defense Department from the list of automatic spending cuts. Obama, however, quickly ruled out the move. "Already some in Congress are trying to undo these automatic spending cuts. My message to them is simple: No." He said he would veto any effort to get rid of the automatic cuts. "There will be no easy off-ramps on this one. We need to keep the pressure up to compromise."

On Monday, the president attended a country music concert in the White House. Country music, he said, "reminds us that this is America. This is the place where you can make it if you try."

Barack Obama, it seems, still believes in the country of unlimited possibilities. 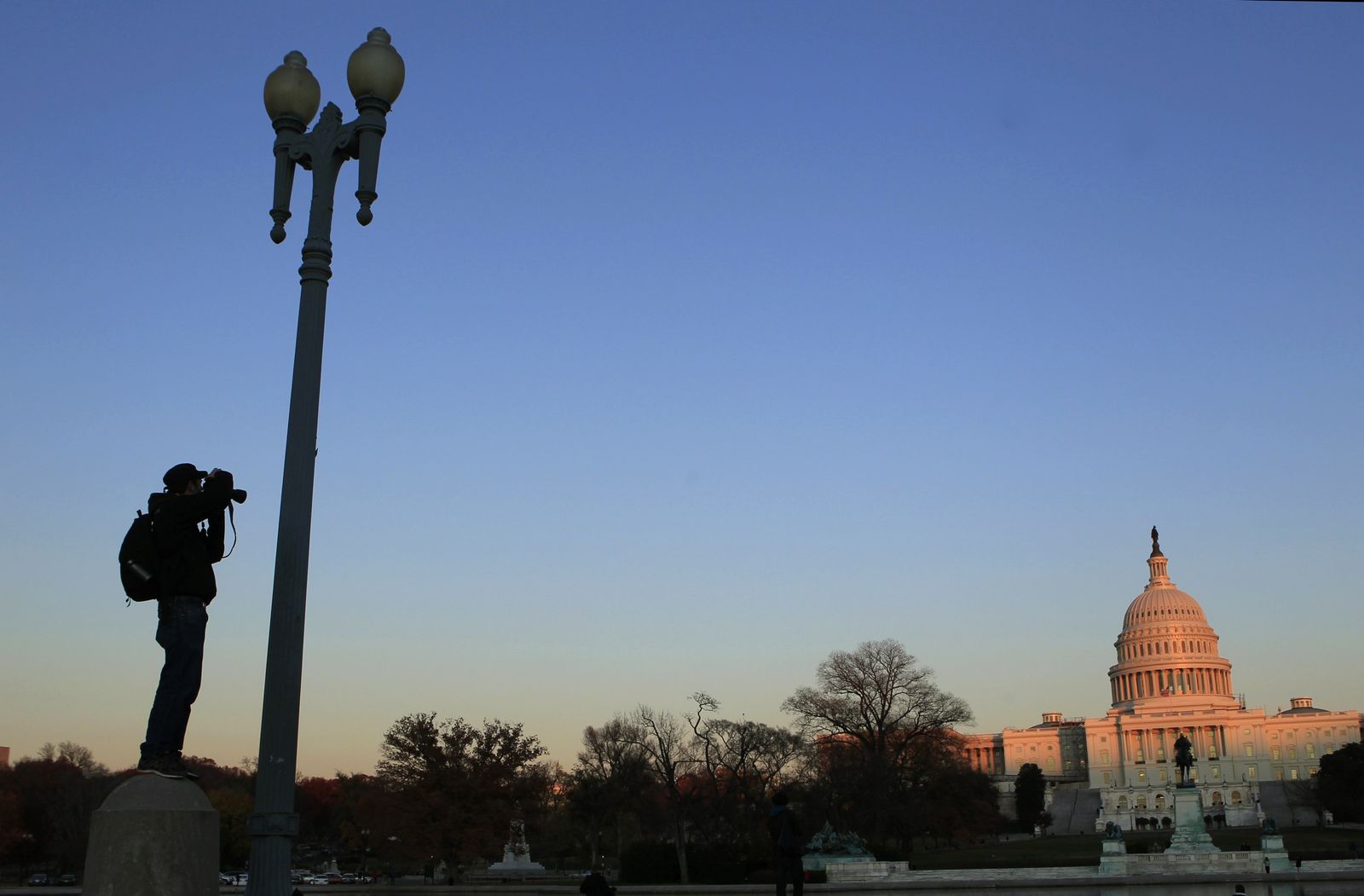 Washington has become a term of abuse in America.