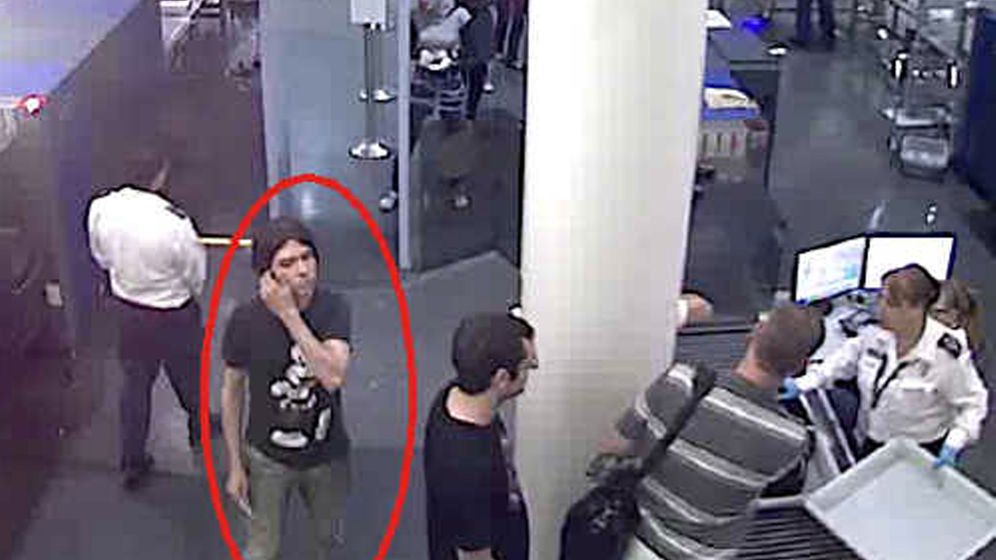 Luka Rocco Magnotta, who sparked an international manhunt after allegedly murdering and dismembering a male student in Montreal, was arrested on Monday in Berlin, the state prosecutor's office said.

"I can confirm that he was arrested this afternoon," a spokeswoman for the office told SPIEGEL ONLINE. "He is in police custody. More information will be released tomorrow."

A police spokesman told SPIEGEL ONLINE that the arrest took place in an Internet cafe after a witness had recognized the suspect and alerted the police. He did not resist arrest when he was confronted by armed officers. Asked if he was the wanted man, he said, "Yes, that's me."

A witness in the Internet cafe told SPIEGEL ONLINE that the man had been reading news about himself when he was arrested. He was wearing sunglasses and a black hooded jacket. The staff in the cafe had noticed his French accent. He will be transferred to the Federal Prosecutor's Office on Tuesday pending a possible extradition to Canada.

Magnotta, dubbed the "Canadian psycho" in the European press, is wanted on suspicion of murdering 33-year-old Jun Lin, a Chinese student at Montreal's Concordia University. Lin's headless torso was found in a suitcase left for garbage collection outside Magnotta's Montreal apartment last week. Other severed body parts, including a hand and a foot, were mailed to the offices of the Conservative and Liberal parties.

Police believe Lin was killed and his body dismembered either on May 24 or 25 in a Montreal apartment. A 10-minute video of the event was then posted online.

Magnotta, who also used the names Eric Clinton Newman and Vladimir Romanov, is believed to have had a sexual relationship with the victim and to have spent time working as a call boy called "Angel."

He reportedly changed his appearance even more frequently than his name, undergoing cosmetic surgery, often using makeup, dying his hair and wearing wigs.