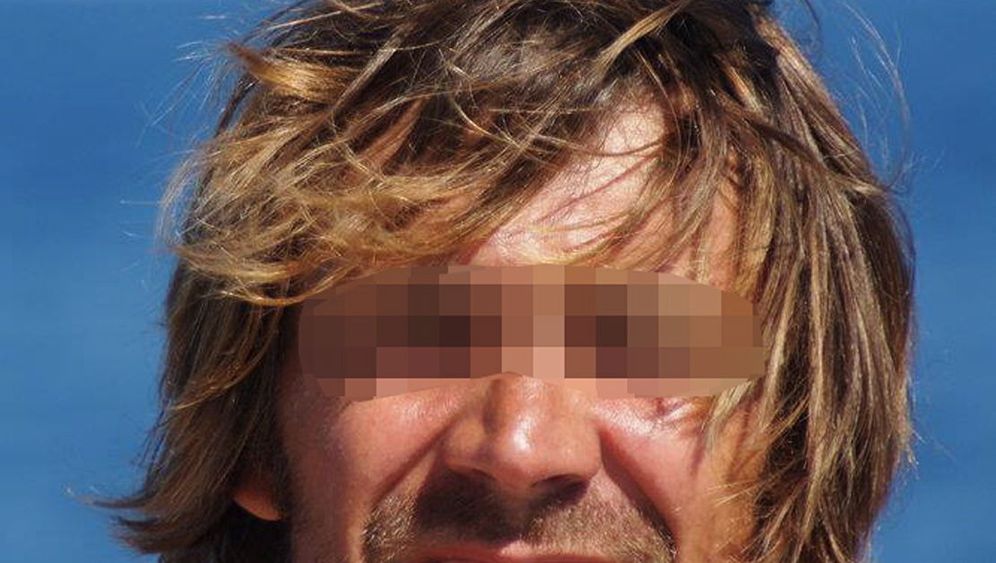 All of the pieces seem to fit together so well. There is the paradise in the South Pacific; the islander with the tattoo on his chest; the likeable young German adventurer; and, finally, the gruesome of discovery of charred human flesh.

Did the local eat the German tourist, who was sailing around the world?

Debora Kimitete shakes her head in disgust, unable to comprehend the turmoil that has descended upon her community in recent days. "We feel very angry and hurt," says the deputy mayor of the Pacific island of Nuku Hiva, the largest of the French Polynesian Marquesas Islands. "What they did with this story is racism; it's an insult to all Marquesans."

Kimitete is wearing a white cotton blouse and has her hair pulled back tightly in a ponytail. Carved wooden sculptures decorate her office in the municipal building of Taiohae, the island's capital. The small settlement is surrounded by steep slopes rising up to jagged peaks covered with lush green vegetation. It takes more than two hours to trek from there to the spot in the Hakaui Valley where 40-year-old Stefan Ramin died.

Charred Remains in a Campfire

Ramin, a sailor from Haselau, a town near Hamburg, reportedly went goat hunting on Oct. 9 with local resident Henri Haiti, 31. According to Ramin's companion, Heike D., 37, Haiti returned without Ramin and then lured her into the forest and tried to rape her, but then he fled. Charred bones, bits of flesh and teeth were later found in the remains of a campfire. They were Ramin's teeth.

Since then, everything has changed on Nuku Hiva. A 17-member special French police unit (the Marquesas Islands are a French territory) is searching for Haiti, who has been hiding in the wilderness since the crime. Meanwhile, the island community has faced accusations of being a group of cold-blooded cannibals. "People are afraid," says Kimitete. "Something like that normally doesn't happen on this island."

Only about 2,900 people live on Nuku Hiva. There is one flight a day to the island from Papeete on Tahiti. The main settlement, Taiohae, has one hotel, two churches, a school and a few small shops.

In mid-September, the German couple -- she is a yoga instructor, and he was a management consultant -- dropped anchor near the island. They had been sailing the world's oceans since 2008. He was bitten by the sailing bug early in life, and when Stefan was 16, his father gave him his first boat.

The 14-meter (46-foot) aluminum catamaran that the two Germans had called their "little house on the water" for the last three-and-a-half years is named the "Baju." The sailors wrote on their website that their boat was equipped to discover the "most remote paradises on earth." Now it is bobbing in the gentle Pacific swells near a local boardwalk.

Preparing for a Local Festival

What really happened on that day, when Ramin asked the islander to accompany him on a goat hunt, as tourists often do on the island? Was there an accident in the mountains? Did the two men have an argument? There are no eyewitnesses, and the presumed killer did not pick up Heike D. until later.

Joseph Jaffé spoke with Heike D. The lanky German offered to serve as an interpreter when the local police tried to question her, and she was in shock. But he is not allowed to say anything about the interrogation.

In fact Jaffé, an ethnologist and linguist, would really prefer to have nothing to do with the matter. Jaffé is on Nuku Hiva for a different reason. For the islanders, the horrific story comes at a bad time. They are rehearsing for the biggest Marquesan cultural event in years, and Jaffé is one of the organizers.

The islanders plan to celebrate Mata Va'ha, the Eyes Open Festival, from Dec. 15-18. "We hope to revive the traditional culture of the Marquesans," says Jaffé. "It's a new kind of search for identity." Some 2,000 dancers and musicians are expected on the island.

The deep, booming sound of drums is coming from the community center next to the town hall, where local residents are dancing the Haka Manu, or "bird's dance." Heavy-set men are stomping their feet to the powerful beat, holding the U'u, the Marquesans' traditional warrior's club, in their hands. Many of the dancers are tattooed. Sweat glistens on their naked upper bodies.

The fugitive Henri Haiti is also someone who honored traditions. And he, too, is broad-shouldered and has tattoos. But does that make him a cannibal, as the German tabloid Bild speculated?

Jaffé is familiar with the prejudices. "Europeans enjoy dividing the world into good and evil," says the academic. For tourists, the cannibal story is an "obsession." "There were human sacrifices here," says the ethnologist. "There's no doubt about that." But, he adds, all of that happened long ago. Besides, many accounts of cannibalism were already exaggerated in imaginative ways back then.

A.P. Rice, an American anthropologist, described the Marquesans' cult of human sacrifice more than a century ago. According to Rice, it was considered a "great triumph" among the Marquesans to eat the body. The natives, Rice claimed, would first break the prisoners' arms and legs so that they could neither run away nor defend themselves. In the end, the victims were supposedly skewered and roasted.

The American writer Hermann Melville, who later wrote "Moby Dick," also helped shape the image of bloodthirsty wild natives. After a trip to Nuku Hiva, he turned his experiences into a novel, "Typee." In the work from 1846, he describes a "curiously carved vessel of wood" on the village square. When Melville lifts the lid, he sees parts of a human skeleton, the "bones still fresh with moisture."

But how much of it was legend and how much was the truth? There are certainly no human sacrifices anymore today. "Traditional Marquesan culture went extinct more than a hundred years ago," says Jaffé. The last reported case of a human sacrifice happened in 1880, according to Jaffé. The Marquesans were Christianized starting in the mid-19th century, and they almost died out as a result of the epidemics and opium brought in by outsiders. As their numbers dwindled, their traditional customs also vanished. In 1842, there were about 12,000 people living on Nuku Hiva. By 1934, there were only 634 left.

In Taiohae, the sun is now setting behind the jagged ridges, forming dark green patterns on the dense vegetation covering the mountain slopes. The police are closing in on the fugitive.

An area where a man had been sleeping was found near a hunting camp where food was stolen. Nevertheless, Haiti still had not been captured by the end of last week. He knows the hidden paths of hunters and the caves in the mountains where he can sleep without risk of detection. The islander is accused of attempted rape, kidnapping and murder.

The only aspect of the case that is clear is that Ramin's body was burned. "The cannibalism theory plays no role in our investigation," says prosecutor José Thorel.

The dead man's father and friend traveled to Nuku Hiva at the end of the week to say their goodbyes. Shortly after the crime, the victim's father, Erwin Ramin, sent an e-mail to the organizer of the Mata Va'ha festival.

"I'm afraid that they'll cancel the festival," says Erwin Ramin. "I asked them not to do it. These people are trying to regain their culture."