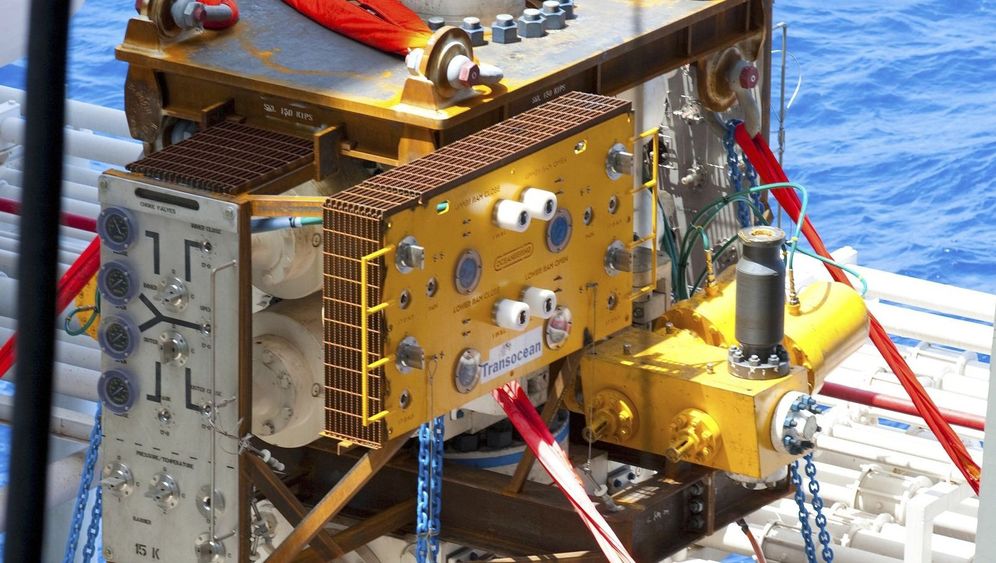 Photo Gallery: The Ongoing Effort to Staunch the Flow

Such a crash has never before been seen. Fewer than 12 weeks ago, the multinational oil giant BP still held an uncontested fourth place on the list of the world's largest companies. Its impressive balance sheet boasted annual sales of roughly $246 billion (€195 billion), a market value of more than $190 billion and after-tax profits of almost $17 billion.

Indeed, insurance companies, retirement funds and pension funds worldwide viewed BP as a safe haven, an almost risk-free investment in an otherwise turbulent market. The company, many believed, would have no trouble weathering even the severest of crises. BP's global earnings appeared safe, its cash and petroleum reserves seemed impervious.

But April 20, the day that the company's Deepwater Horizon oil platform in the Gulf of Mexico exploded, marked an end to the once unshakable faith the financial markets had in the oil giant. The company has made several attempts to staunch the ensuing leak, all of which have failed. On Tuesday, the company was voicing optimism that yet another effort -- the installation of an enormous cap said to be an improvement over its predecessors -- may stop the leak entirely. Few are holding their breaths. Experts estimate that more than 60,000 barrels of crude oil are surging out of the well and into the Gulf of Mexico each day.

Already, the accident is one of the largest environmental catastrophes in US history -- one that will have immeasurable effects on wildlife, eco-systems and the economy. Experts have estimated that it will cost more than €60 billion to repair the damages. With every extra day that goes by without a solution to the gushing oil, the threat facing the environment, and BP itself, increases. Bankruptcy is no longer seen as an impossibility.

A Disaster for Great Britain

Since its oil rig sank on April 22, BP has lost roughly half of its market value, some ratings agencies have downgraded its bonds to junk value, and public faith in the leadership skills of BP CEO Tony Hayward has almost completely evaporated. BP competitors, such as the French energy firm Total, have already indicated interest should BP be forced to sell parts of the company. Total CEO Christophe de Margerie said "of course it would be looked at" should BP begin divesting itself of assets.

In order to fend off possible attacks and avert a sell-off, BP's Hayward travelled to the Middle East and beyond last week. There, he reportedly tried to convince sovereign funds from Kuwait, Qatar and Singapore to make major purchases of BP shares in order to help stabilize the corporation over the coming weeks and months.

For Great Britain, the crash of its largest company has been a disaster, particularly given the timing -- concurrent with Prime Minister David Cameron's deep spending cuts in an effort to bring down the country's substantial budget deficit and sovereign debt. Cameron has taken a keen interest in the BP debacle; a team of government experts is feverishly drafting an emergency plan. The effects of a breakup, a bankruptcy and even a partial nationalization are all reportedly being evaluated.

The 10,000 British jobs BP provides isn't the only issue. BP pays out nearly €7 billion each year in taxes and fees to the British state. Likewise, the company owns large segments of the country's energy infrastructure.

Even more ominous, however, is the fact that a significant chunk of British pensions depend on BP's well-being. Whether directly or via large private-equity funds, many Britons own a piece of the company. Their pension funds have taken a serious hit from the company's precipitous drop in value and missed dividend payments. London Mayor Boris Johnson has warned that the oil giant's financial problems have become an issue of "national concern."

For the moment, it remains unclear whether British taxpayers will have to leap into the breach or whether BP will be able to rescue itself with the help of sovereign wealth funds. Whether the company can make progress in sealing the leak and begin improving its public image may prove decisive. According to experts like Rainer Wiek, editor-in-chief of the Hamburg-based energy information service EID, doing so is the only way that BP can win back the trust of the skeptical financial markets -- and of the increasingly incensed US government, which delivered a new ultimatum to BP last week, demanding more transparency and increased clarity about the measures the company intends to take in coming weeks.

Just how far BP's reputation has fallen among Americans can be seen from a recent survey jointly conducted by the Wall Street Journal and the television broadcaster NBC. BP landed just three percentages points higher than ex-Iraqi dictator Saddam Hussein on a scale measuring public approval.

The reasons for BP's unpopularity are not difficult to find: disregard of safety measures mandated for deep-sea drilling; insufficient emergency response plans; and repeatedly unfulfilled promises by Tony Hayward that the leak would be rapidly staunched.

The Price of Failure

Twice, BP failed in efforts to cover the leak with a type steel bell meant to capture the oil and pump it into a tanker on the Gulf's surface. The much-touted "Top Kill" method -- essentially involving plugging the leak from above by jamming it full of heavy sludge -- likewise proved unsuccessful.

Instead, millions of liters of crude oil have continued to surge into the open sea. The resulting oil slick - which now covers an area as large as the three Benelux countries of Belgium, Luxembourg and the Netherlands -- threatens a number of coastal regions. The multi-billion-dollar fishing and tourism industries on the US Gulf Coast are suffering mightily.

Every day, BP must ante up approximately $100 million to at least partially cope with the consequences of the catastrophe. Many experts estimate the company may ultimately have to pay up to $60 billion to compensate for environmental harm, penalties and damage claims.

Still, even these gigantic sums don't frighten off most analysts. BP, they feel, is in a position to easily cope with such figures, particularly given that such payments will likely be spread out over many years, as has been the case with previous such disasters. Furthermore, sovereign wealth funds from Middle Eastern countries could inject fresh cash into BP's coffers.

For that to happen, however, BP must succeed in implementing its most recent plan -- that of drilling a relief well to finally stop the leak. The company estimates the oil will be stopped by late July or, at the latest, early August.

Still, this so-called "bottom kill" method is complicated. It involves having a special drill precisely intersect with the approximately 20-centimeter-wide (7.9-inch-wide) oil well at a point roughly 4,000 meters below the ocean floor. Once the intersection succeeds, well pressure would be relieved enough to make a permanent plug possible. Chances are, however, that the effort won't succeed on the first try -- and the operation could also fail completely.

That, of course, would be the worst-possible scenario for the environment. It would also mean that BP would likely be forced to sell off lucrative oil fields and gas station chains, such as Aral, at discount prices. Such a scenario may also include a bankruptcy declaration for the company's US subsidiary or even a partial nationalization in Great Britain.

Prime Minister David Cameron appears no longer willing to completely rule out this eventuality. Next week, Cameron will be flying to Washington with Chris Huhne, his energy minister, to discuss the crisis with the administration of US President Barack Obama. The trip's top priority is that of capping the amount BP could be held liable for.

13 Bilder Photo Gallery: The Ongoing Effort to Staunch the Flow 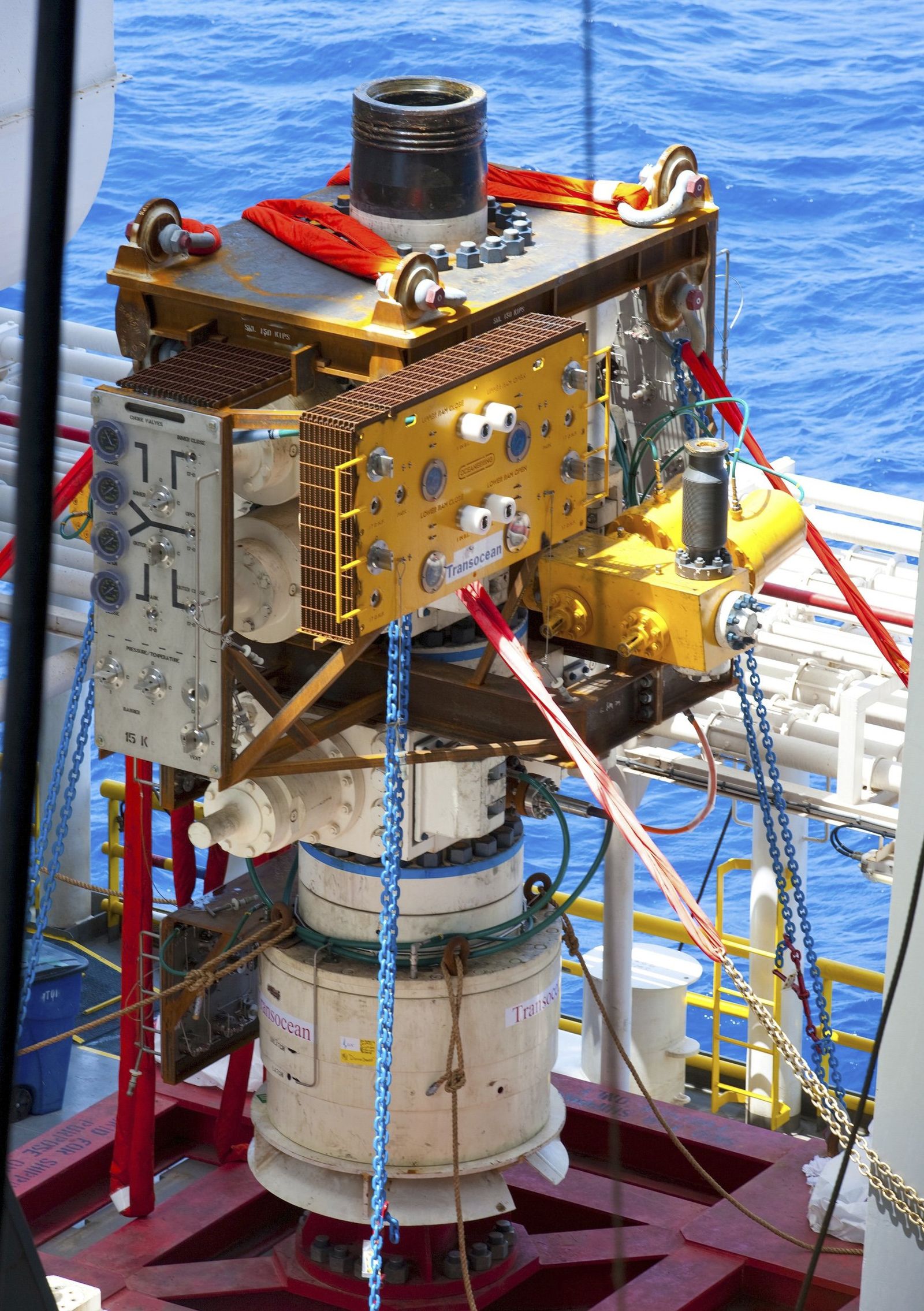 After more than 80 days of oil gushing out of the ocean floor following the explosion and subsequent sinking of the Deepwater Horizon drilling platform in the Gulf of Mexico, BP has placed its hopes in a new cap that was installed on Monday.