Editor's note: This article accompanies our main feature story on the NSA's Tailored Access Operations unit. You can read it here.

When it comes to modern firewalls for corporate computer networks, the world's second largest network equipment manufacturer doesn't skimp on praising its own work. According to Juniper Networks' online PR copy, the company's products are "ideal" for protecting large companies and computing centers from unwanted access from outside. They claim the performance of the company's special computers is "unmatched" and their firewalls are the "best-in-class." Despite these assurances, though, there is one attacker none of these products can fend off -- the United States' National Security Agency.

Specialists at the intelligence organization succeeded years ago in penetrating the company's digital firewalls. A document viewed by SPIEGEL resembling a product catalog reveals that an NSA division called ANT has burrowed its way into nearly all the security architecture made by the major players in the industry -- including American global market leader Cisco and its Chinese competitor Huawei, but also producers of mass-market goods, such as US computer-maker Dell.

These NSA agents, who specialize in secret back doors, are able to keep an eye on all levels of our digital lives -- from computing centers to individual computers, and from laptops to mobile phones. For nearly every lock, ANT seems to have a key in its toolbox. And no matter what walls companies erect, the NSA's specialists seem already to have gotten past them.

This, at least, is the impression gained from flipping through the 50-page document. The list reads like a mail-order catalog, one from which other NSA employees can order technologies from the ANT division for tapping their targets' data. The catalog even lists the prices for these electronic break-in tools, with costs ranging from free to $250,000.

In the case of Juniper, the name of this particular digital lock pick is "FEEDTROUGH." This malware burrows into Juniper firewalls and makes it possible to smuggle other NSA programs into mainframe computers. Thanks to FEEDTROUGH, these implants can, by design, even survive "across reboots and software upgrades." In this way, US government spies can secure themselves a permanent presence in computer networks. The catalog states that FEEDTROUGH "has been deployed on many target platforms."

The specialists at ANT, which presumably stands for Advanced or Access Network Technology, could be described as master carpenters for the NSA's department for Tailored Access Operations (TAO). In cases where TAO's usual hacking and data-skimming methods don't suffice, ANT workers step in with their special tools, penetrating networking equipment, monitoring mobile phones and computers and diverting or even modifying data. Such "implants," as they are referred to in NSA parlance, have played a considerable role in the intelligence agency's ability to establish a global covert network that operates alongside the Internet.

Some of the equipment available is quite inexpensive. A rigged monitor cable that allows "TAO personnel to see what is displayed on the targeted monitor," for example, is available for just $30. But an "active GSM base station" -- a tool that makes it possible to mimic a mobile phone tower and thus monitor cell phones -- costs a full $40,000. Computer bugging devices disguised as normal USB plugs, capable of sending and receiving data via radio undetected, are available in packs of 50 for over $1 million.

The ANT division doesn't just manufacture surveillance hardware. It also develops software for special tasks. The ANT developers have a clear preference for planting their malicious code in so-called BIOS, software located on a computer's motherboard that is the first thing to load when a computer is turned on.

This has a number of valuable advantages: an infected PC or server appears to be functioning normally, so the infection remains invisible to virus protection and other security programs. And even if the hard drive of an infected computer has been completely erased and a new operating system is installed, the ANT malware can continue to function and ensures that new spyware can once again be loaded onto what is presumed to be a clean computer. The ANT developers call this "Persistence" and believe this approach has provided them with the possibility of permanent access.

Another program attacks the firmware in hard drives manufactured by Western Digital, Seagate, Maxtor and Samsung, all of which, with the exception of the latter, are American companies. Here, too, it appears the US intelligence agency is compromising the technology and products of American companies.

Other ANT programs target Internet routers meant for professional use or hardware firewalls intended to protect company networks from online attacks. Many digital attack weapons are "remotely installable" -- in other words, over the Internet. Others require a direct attack on an end-user device -- an "interdiction," as it is known in NSA jargon -- in order to install malware or bugging equipment.

There is no information in the documents seen by SPIEGEL to suggest that the companies whose products are mentioned in the catalog provided any support to the NSA or even had any knowledge of the intelligence solutions. "Cisco does not work with any government to modify our equipment, nor to implement any so-called security 'back doors' in our products," the company said in a statement. Contacted by SPIEGEL reporters, officials at Western Digital, Juniper Networks and Huawei also said they had no knowledge of any such modifications. Meanwhile, Dell officials said the company "respects and complies with the laws of all countries in which it operates."

Many of the items in the software solutions catalog date from 2008, and some of the target server systems that are listed are no longer on the market today. At the same time, it's not as if the hackers within the ANT division have been sleeping on the job. They have continued to develop their arsenal. Some pages in the 2008 catalog, for example, list new systems for which no tools yet exist. However, the authors promise they are already hard at work developing new tools and that they will be "pursued for a future release." 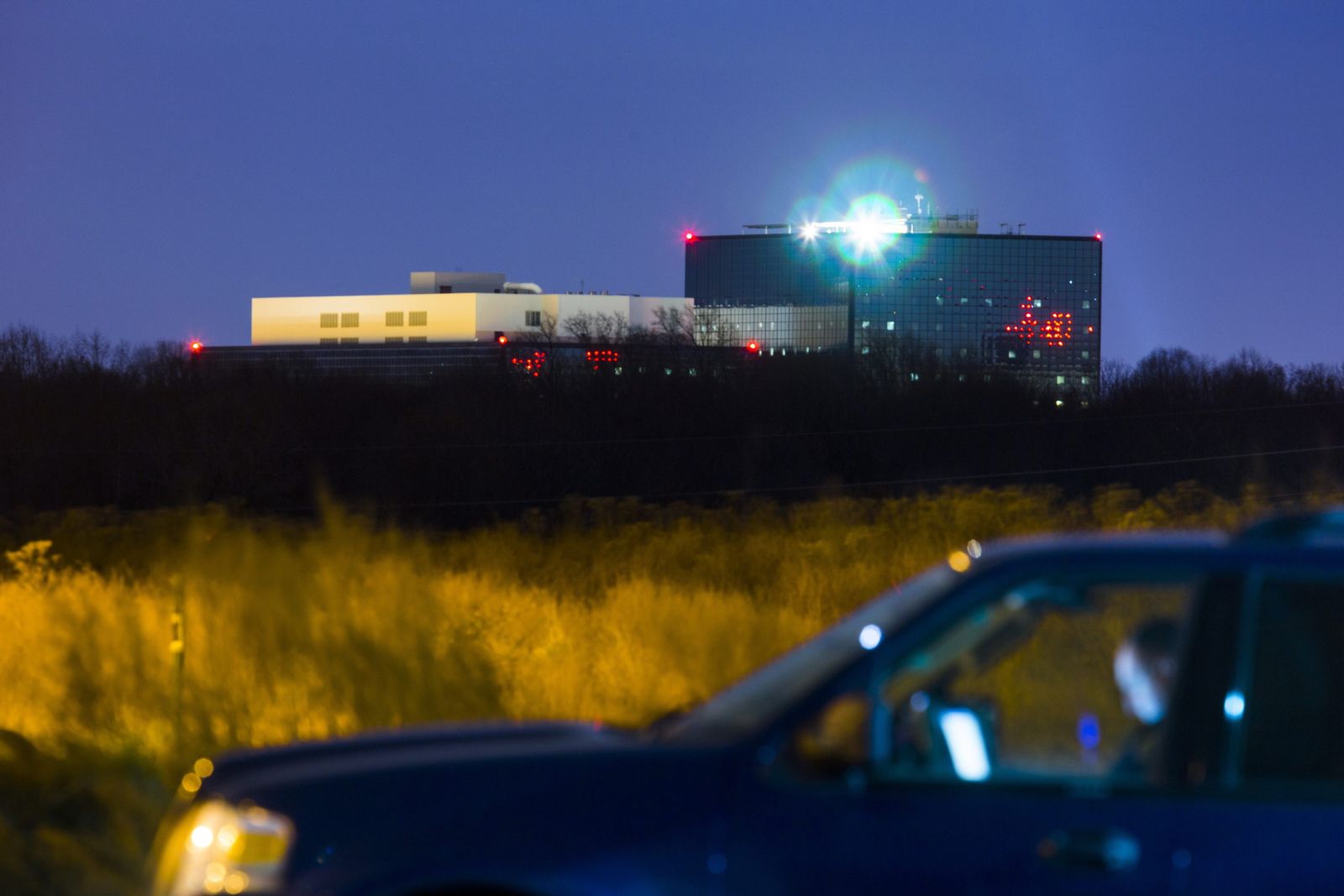 Entering through the back door: A State Trooper truck is seen in front of the Fort Meade, Maryland headquarters of the National Security Agency.