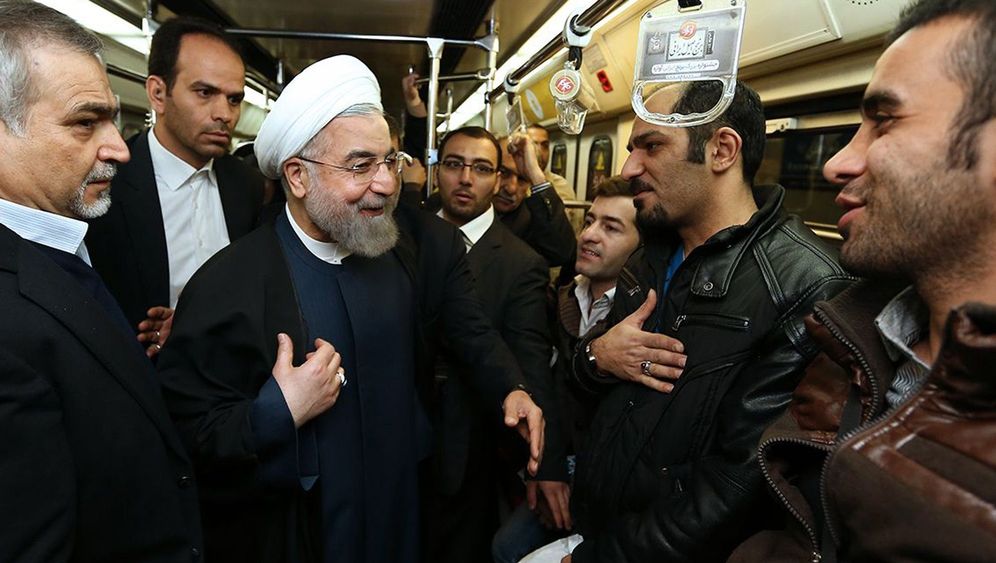 Photo Gallery: 'The Times They Are A-Changin'

Which government cabinet is home to more ministers with doctorates from American universities than Barack Obama's administration? The correct answer is that of of the Islamic Republic of Iran. And, no, that list does not include President Hassan Rouhani. He got his doctorate at the Glasgow Caledonian University law school.

There are few countries in the world that are subjected to as much Western prejudice and misunderstanding as Iran. I have known the country since the era of the shahs and I have visited it more than a dozen times in the past four decades, including a recent visit.

I can remember sitting in a tea house in Shiraz at the grave of the great poet Hafez, who was greatly admired by Goethe, between comfortable pillows and smoking a water pipe, and jotting notes on how disastrously the shah had misjudged the people's mood and how brutal his secret service, the Savak, was. And I recall how the masses greeted Ayatollah Khomenei as their savior when he returned from exile in 1979 and how they celebrated the Islamic Revolution. But I also observed how quickly those illusions were destroyed with the rise of a new and even bloodier dictatorship in the name of a theocracy waging battle against the "great Satan" (the United States) and the "little Satan" (Israel). I observed just how mercilessly the insurgency brought on in 2009 by the children of the revolution was stamped out. I recall how reckless former President Ahmadinejad was in his denial of the Holocaust. Then, in 2013, I watched as moderate President Rouhani got elected, increasing the possibility of rapprochement with the West.

The Iran of today has changed dramatically. In more liberal cities like Shiraz and Isfahan, young entrepreneurs have opened small cafés and Bob Dylan's "The Times They Are a-Changin," has become the favorite song. Young students hold hands in public and women pull their obligatory headscarves back to the point where their hair is visible (a forbidden act). Tourists are welcomed all over the place and are treated with overt hospitality.

With the exception of Israel, there is unlikely any other country in the Middle East where pro-Western sentiment is as pronounced as it is in Iran. Millions of young people attend university. And even though women are still discriminated against -- laws limit their right to divorce and custody of their children and also stipulate that they can be subject to prosecution starting at the age of nine as opposed to 15 for boys -- they live more freely here than in many other countries in the region. With the help of quick-to-install illegal satellite dishes that can be found everywhere, they also have access to Western news programs.

Only a few hundred kilometers west of here, fanatical Islamists have erected a caliphate in Iraq and Syria. In Iran, however, the role of religion is in decline. People here consider the mullahs to be corrupt and they are the objects of contempt. Friends tell me to avoid standing next to a cleric wearing a turban and robe when hailing a taxi. The drivers, they say, won't stop. And while the many mosques may be empty, the country's consumer cathedrals, its new shopping centers, are packed. Group-think today is scorned and individualism is in vogue.

The disillusionment, of course, isn't new. Already back in 2003, Grand Ayatollah Hossein Ali Montazeri, a former comrade-in-arms of Khomenei's who would later be placed under house arrest as a member of the opposition, openly admitted this failure during a meeting we had in Qom. "We have lost the world's respect through our excesses -- and my dreams are dead," he said. "The religious leader should limit his role to representative duties -- and that is what will happen."

But Montazeri was mistaken. There is no recognizable trend in Iran suggesting a move toward a constitutional monarchy let alone a Westminster democracy. Even today, Iran's system of government, with Ali Khamenei in the highest position as a higher authority than the president and parliament, doesn't appear to be seriously threatened. Following the crushing of the protests almost six years ago, few people continue to believe that politics can be changed through demonstrations. Instead, they take advantage of the small amount of freedom they are given in public parks and galleries. Inside their own homes, though, they party exuberantly in a parallel private life.

The cities suffer under constant traffic jams and, at least at first glance, it doesn't look like people are living in want. Despite the sanctions, the standard of living and shopping opportunities are more comparable to Madrid than Havana. A remarkable number of new shopping centers are currently under construction, with names like Palladium or Mega Mall, and you can see Porsches parked out in front. The upper class doesn't appear to be suffering much under the economic bottlenecks.

Many in the West have a monolithic image of Iran, but that is not the reality. Iran is a country with diverse centers of power that view each other suspiciously. The elected government often doesn't even know what the Pasdaran, the powerful paramilitary organization, is actually doing. And the Revolutionary Guard, which theocracy founder Khomenei once built up for his own protection, is today better armed than the army itself and has become something of a state within a state.

The Revolutionary Guard also finances many of the new shopping centers, and its economic power has become just as big a problem for the moderate president as its military prowess. The Revolutionary Guard symbolizes the other, more threatening Iran. It controls exports as well as the country's nuclear program. Using the Basij militia, which the Revolutionary Guard deploys as its unofficial police force, it goes after demonstrators. And it doesn't shy away from terrorist acts abroad with its Quds Force. It is often hostile towards Rouhani, who sometimes retaliates. Recently, for example, he threatened to give the people their own voice in the form of a referendum -- a provocation against the Revolutionary Guard, but also an affront to the religious leader.

In contrast to the highly networked Pasdaran, "normal" Iranians have been hit by the country's economic decline. During 2012 and 2013, gross domestic product shrank considerably, the national currency, the rial, fell significantly in value against the dollar and inflation is high. In the longer term, the country, which is reliant on oil exports, is threatened with deep cuts to its social system. In order to cover the government's budgetary needs, the price per barrel of oil would have to be $130, but in recent months it hasn't even been half that.

Furthermore, Iranians are also outraged by the numerous death sentences meted out and they suffer from the restrictions placed on press freedom and culture. It's especially painful to them when a movie like "Taxi," by Tehran director Jafar Panahi, can take the top prize at the Berlin International Film Festival but cannot be shown in their own cinemas. People are dissatisfied with their political leaders, which has made many grow cynical. So far they have excluded the president they elected from the worst criticism, but he will need to deliver soon and improve their standard of living.

More than anything, Rohani needs a final nuclear deal. Iranian industry is eager for sanctions to end so it can once again begin moving forward and Western partners are also eager to enter the Iranian market. In many cases, preliminary contracts for joint ventures in automobile manufacturing and even in the exploration of new oil and gas fields are already sitting in drawers, just waiting for signatures.

But there is one thing that connects all Iranians, regardless of their political leanings: pride in their own culture and fear the country will be humiliated. Iranian school children are taught that Persian history is at the very least on par with that of Rome or Athens -- and that its civilization was far ahead of that of Iran's Arab neighbors. Alexander the Great, viewed as a legendary conqueror in the West, is scorned as a criminal here because he destroyed cultural assets. At the same time, people like to point out that it was obvious that the world conqueror would settle down in Persia and marry one of its beautiful women as he did. It's a perfect example of what author Hooman Majd calls "our superiority complex."

It's an element of the Persian paradox that this feeling goes hand in hand with a sense of deep uncertainty. I have been repeatedly confronted during my visits to Iran with the complaint that the West doesn't care anything about Iranian history and culture. With this ignorance, they complain, people are treating Iran like a third-class state and aren't even granting the country its rights under international law. The political class in Tehran has successfully tied this general conviction to a very specific problem -- the issue of Iran as a nuclear power. Throughout, politicians have acted as though much of the world were conspiring against Iran -- as though the conflict were about Iran's "dignity" rather than about a justified suspicion that the country is building a nuclear bomb.

Almost every Iranian politician, including former presidential candidates Mir Hossein Mousavi and Mahdi Karroubi, who are still being held under house arrest, stress the country's entitlement to conduct scientific research into nuclear energy. In their opinion, that also includes the right to enrich uranium. It's a view also shared by the majority of the population. In contrast to Israel, they argue, Iran has signed the Nuclear Non-Proliferation Treaty. And Iranian interview partners often point out that the Jewish state has over a hundred deployable nuclear weapons at its disposal. Western experts place that figure at 80.

US President Barack Obama has sought to accommodate Tehran and its sensitivities. He admitted that CIA participation in the 1953 putsch against liberal Prime Minister Mohammed Mossadegh had been a historical mistake. He also congratulated Iran on its new year holiday, Nowrus, calling the country a "great civilization," and he has written several personal letters to Supreme Leader Khamenei.

Despite all their differences, it appears that Secretary of State John Kerry is more comfortable negotiating with his smooth Iranian counterpart Mohammad Javad Zarif, who studied international law in Denver, than with his coarser Israeli counterpart Avigdor Lieberman. And US Energy Secretary Ernest Moniz, the former head of the physics faculty at the Massachusetts Institute of Technology, seems to get along very well with Ali Akbar Salehi, the No. 2 man in the Iran delegation. It's no wonder, either, given that Salehi himself graduated from MIT.

If the nuclear negotiations do ultimately fail, Tehran will decry it as a humiliation. It will follow up by eliminating any restrictions and placing all of its energy into its effort to build a nuclear bomb. It will use national pride as the argument to oblige its people to persevere through difficult times.

In an interview with SPIEGEL in 2012, Salehi -- the former foreign minister, who is now the head of Iran's nuclear program -- had the following to say. "For over 30 years now, we have been living with boycott measures that ultimately make us independent and strong," he said. "Iranian society is used to living with hardships -- perhaps more so than people in Spain and Greece. We can count on the patience of our people. What about you in Europe?"

9 Bilder Photo Gallery: 'The Times They Are A-Changin' 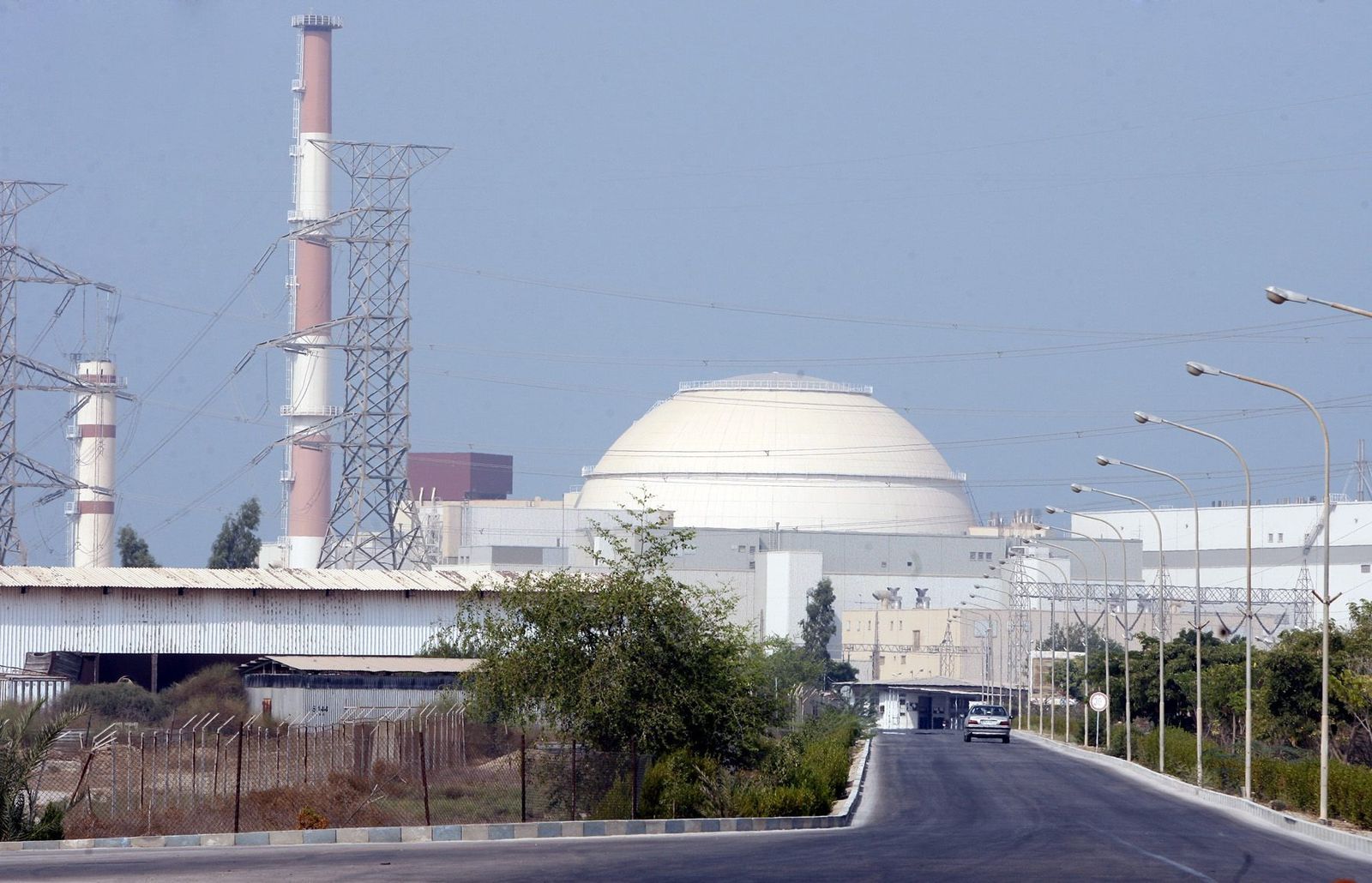 If a final deal isn't reached, it is likely that Iran will feel humiliated and with then move on to use facilities like this nuclear power plant in Bushehr in order to develop a bomb.