So it may come as no surprise that the embattled US president, Barack Obama, is continuing where his predecessor George W. Bush left off: complaining about the Chinese. Obama recently said China's monetary policy was hurting the US job market. That strikes a chord with Americans. It's even true. But it doesn't make any difference.

The US is the world's biggest debtor and therefore not in the best position to get its way with the People's Republic of China. Of each dollar that Obama wants to spend in 2010, over 30 cents are borrowed. And a large part of the loan comes from China.

It might be smarter for the US to stop with the reproaches and to learn from the Chinese instead. When compared to the Americans, their financial situation is more than rosy. And their monetary policy is highly sophisticated.

The Days of Cheap Money are Over

The Chinese don't borrow, they save. And they do this with the kind of dedication with which the Americans spend. An ordinary Chinese person puts 40 percent of his or her salary into their bank account, while an ordinary American saves at most 3 percent. The People's Bank of China has hoarded over $2 trillion in currency reserves. America meanwhile has a small dollar reserve and an XXL-sized budget deficit which currently stands at just under $14 trillion.

China is gently putting a stop to the expansionary monetary policy that helped to stabilize the fragile monetary system during the financial crisis. The government has increased interest rates and forced private commercial banks to hold larger reserves. It is withdrawing the liquidity it pumped into the market. The days of cheap money are ending. 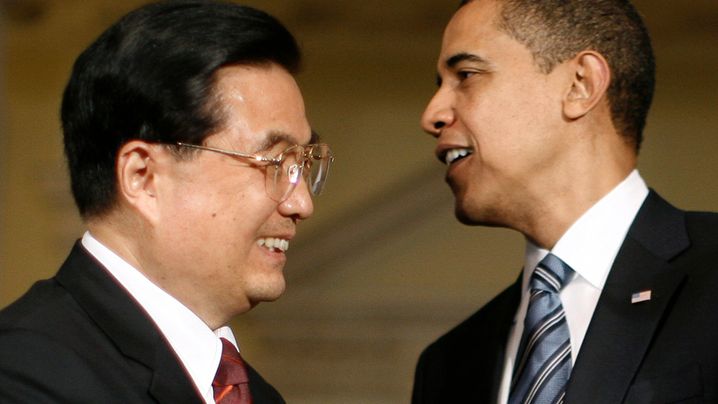 Photo Gallery: The Power of Chimerica

America can't yet bring itself to end its debt-financed anti-crisis policy. The Federal Reserve is still lending money at close to zero interest. It is devoting billions of dollars to shoring up the real estate market. It's an attempt to buy the recovery now and pay for it later.

On the international stage, China's monetary policy officials are givers, not takers. They are starting to issue government debt abroad, even though the country doesn't need to borrow any money. But many states, for example Brazil, India and Russia, are happy to have an alternative to the US bond market. They buy Chinese bonds, and the Chinese in turn use this money to buy Russian, Indian and Brazilian bonds. This has created a second monetary circuit alongside the dollar.

This won't replace the dollar as a global currency in the foreseeable future, but it will help to prepare the ground for its replacement. Xiao Gang, the chairman of the board of directors of the Bank of China, said last summer: "The time has come to internationalize the yuan."

America by contrast is self-absorbed with its monetary policy. It has ignored warnings of rising inflation and a new asset price bubble -- and in doing so is isolating itself, also from the Europeans. In the meantime, China is forging new alliances.

The People's Republic has quietly been taking stakes in virtually all the world's regional development banks. Like a mini-World Bank, China has been helping to shore up financially troubled countries in Latin America, Africa and Asia. It has also increased its stake in the International Monetary Fund, by $50 billion. Chinese monetary experts, not Chinese soldiers, have been driving the nation's expansion -- silently and efficiently.

The oil business is the foundation of the dollar's hegemony. The oil-producing states do some $2.2 trillion dollars' worth of business each year in the US currency. Larry Summers, Obama's top economic adviser, once compared the dollar to the English language in terms of its importance to international trade.

But China, a huge consumer of oil, is already discussing alternative means of payment with its suppliers. It would like to pay in yuan. The oil states wouldn't be able to use that currency worldwide, but they could make purchases in China. That, by contrast, would be like learning Mandarin.

China is talking down the dollar to serve its own interests. When the dollar depreciates against the euro and the yen, the yuan declines as well, because the Chinese currency is pegged to the dollar. And the declining yuan helps boost Chinese exports to Europe and elsewhere in Asia.

China now sells significantly more goods in Europe than it does in America. Rarely has a government used the instruments of state monetary policy in such a calculated way. Obama is complaining, China keeps on growing and we're all confused.

The economics textbooks never imagined a planned economy that was also run so cleverly. The world of planned economies is "a completely paralyzed, artificially distorted, pseudo-order incapable of reaction," Ludwig Erhard, the former German chancellor and economy minister widely credited with engineering Germany's post-war economic miracle, once said. It would "collapse like a pack of cards."

If he were alive today, Erhard would definitely change his mind, given Asia's successes. That's because China has a plan, and America apparently doesn't. 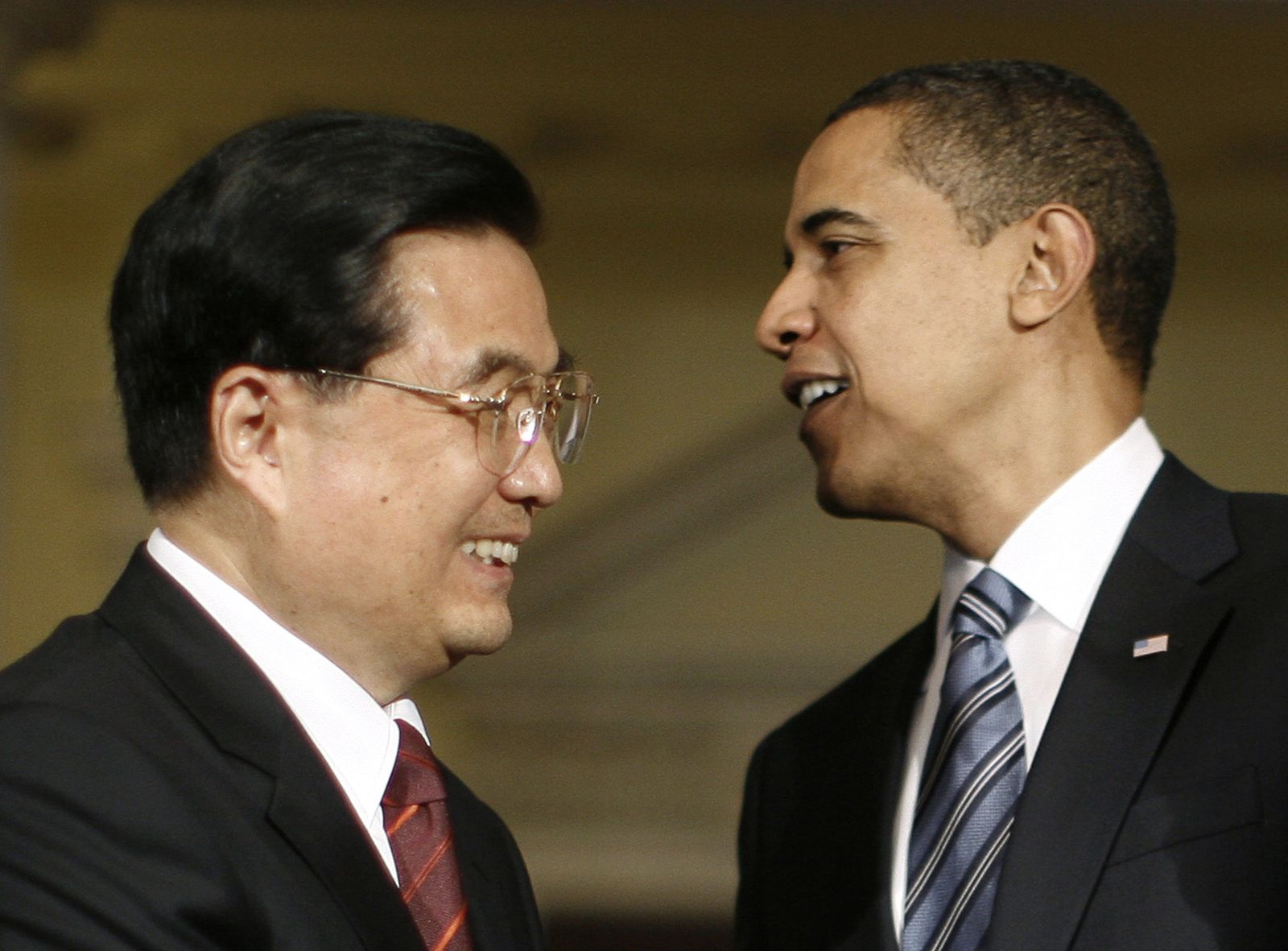 Chinese President Hu Jintao und US President Barack Obama: The US and China are already the two most powerful countries in the world. As allies, they would be unstoppable. But do they even want that? 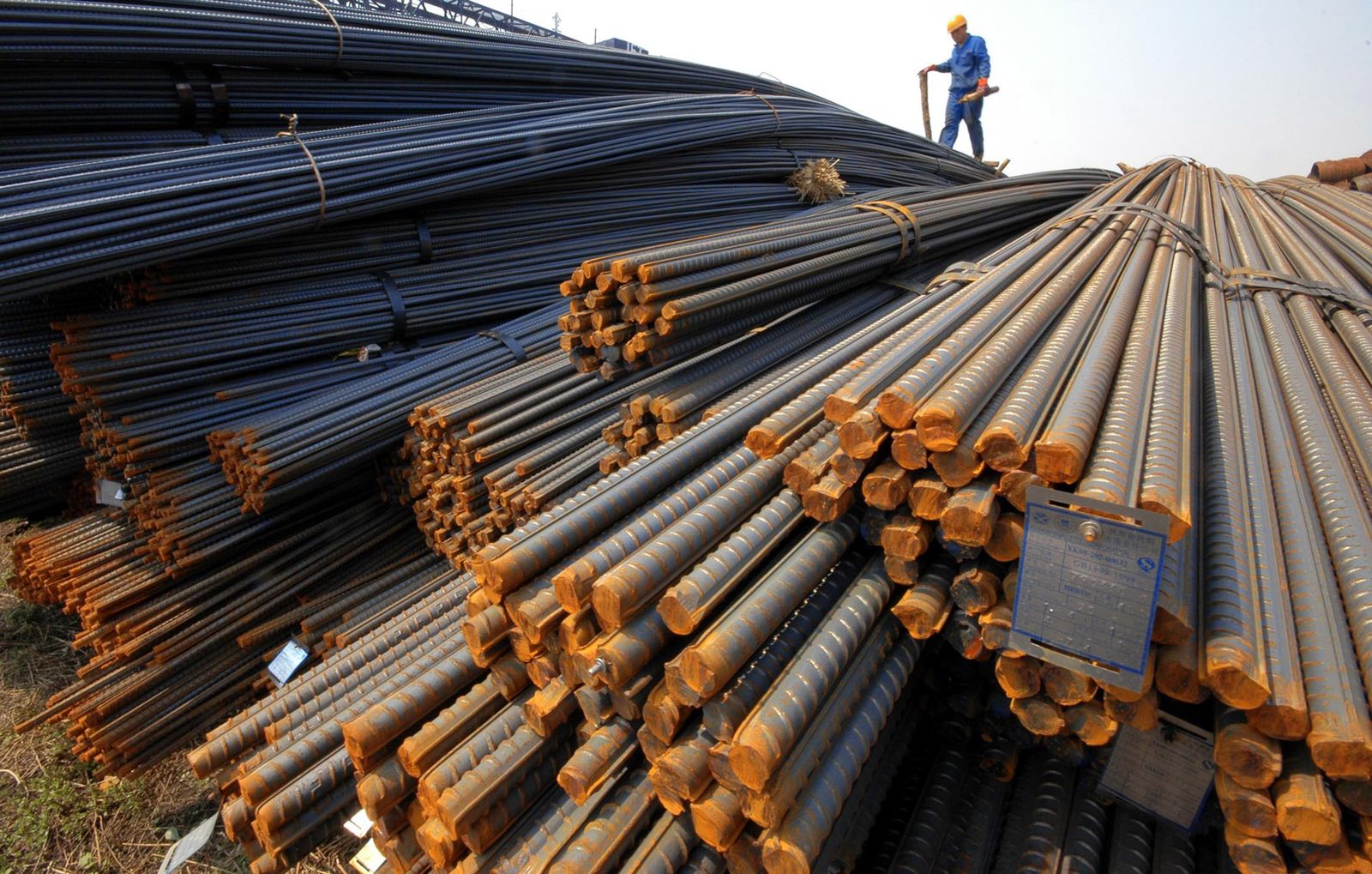 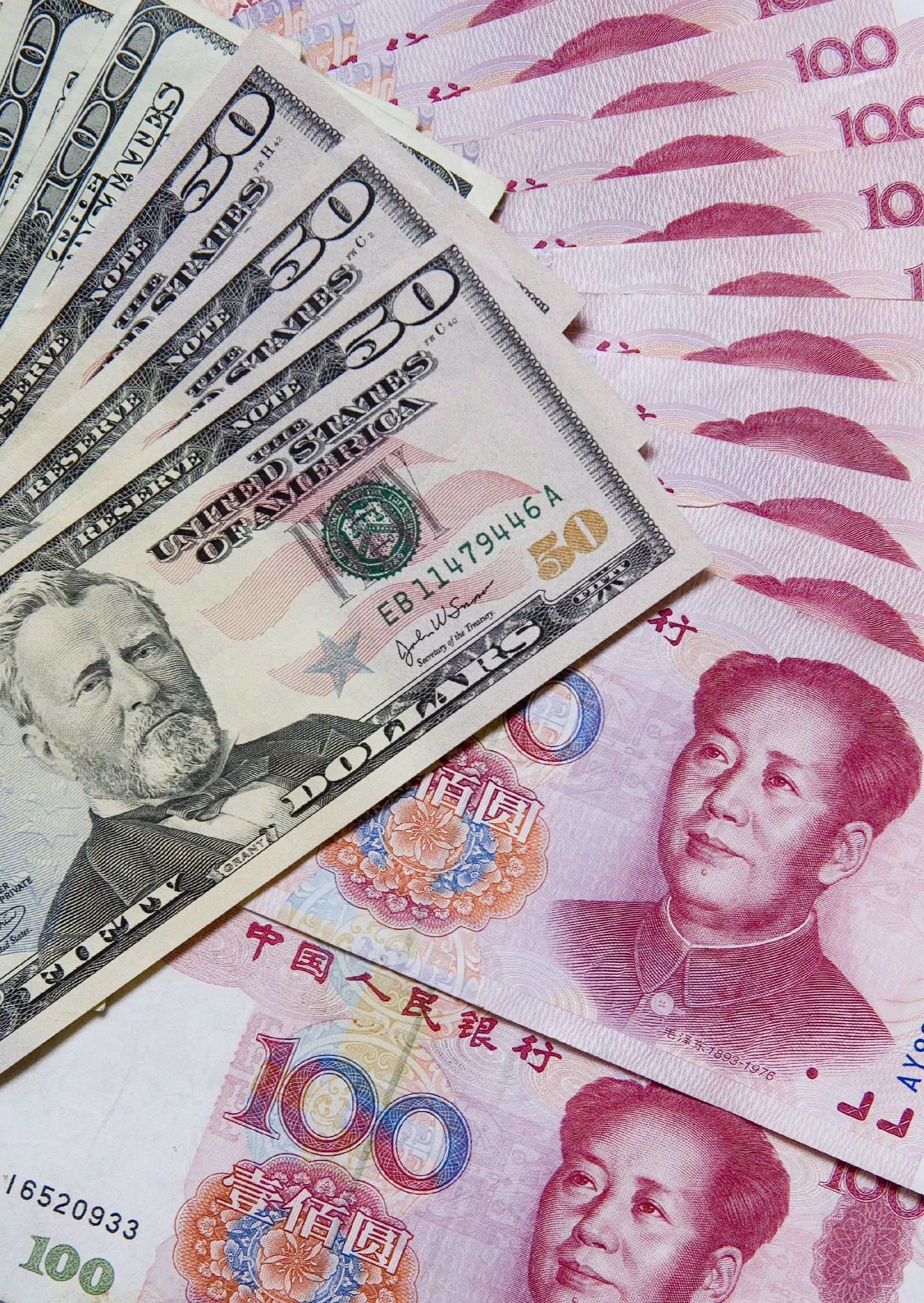 Washington is pushing for China to revalue its yuan, which American economists say is kept artificially low. 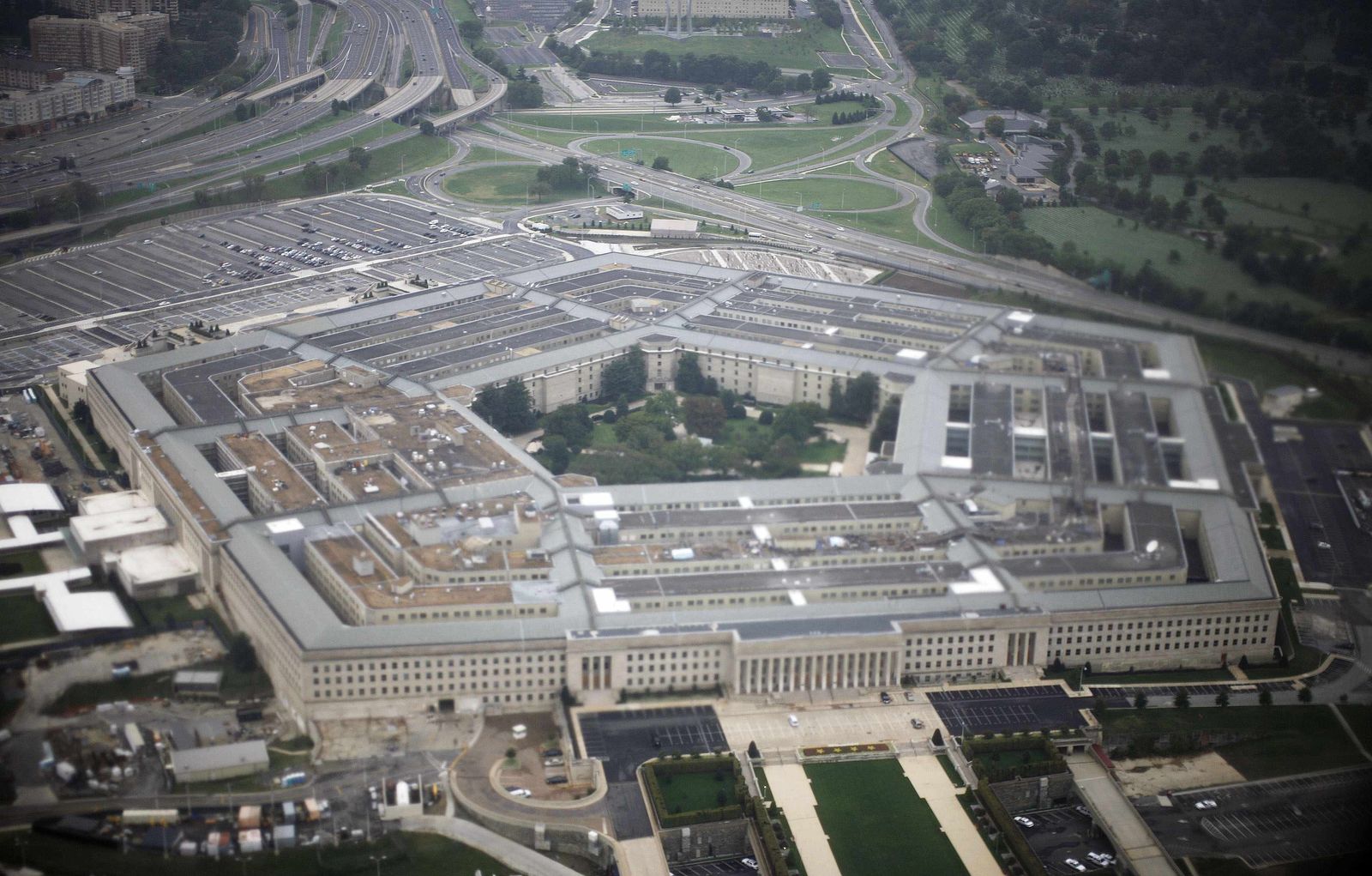 The Pentagon is watching uneasily as China builds up its army and -- in particular -- its navy.